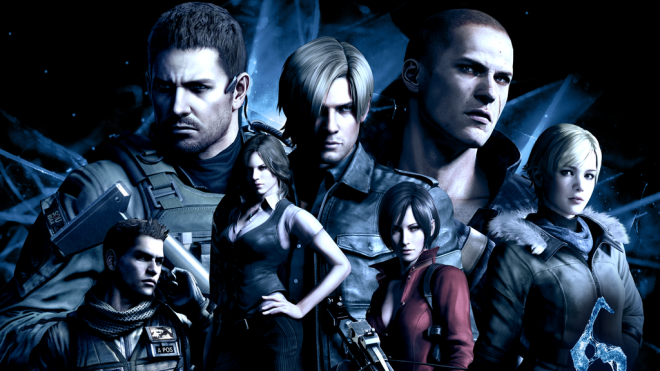 In a series of quick fire rounds, up to six players take their turn as the fearsome Ustanak with full access to its weapons, while the others must avoid capture or worse. Human players score points for successful attacks, but lose points for being caught or taken down. The match is over once all have played as the Ustanak, with the participant with the most points crowned as the winner.

This is the Resident Evil 6 take on the classic solo and team based deathmatch mode. Like Predator, you’ll compete for the highest score, but once a player is taken out, they respawn as one of the game’s enemy characters, and must then defeat another human character in order to return to the fray as their original player character. Survivors is available for two to six players.

Chaining combos is the key to success in this two player mode where each must clear waves of oncoming enemies. The twist comes when a player completes a combo chain as this will send enemies over to their opponent’s screen. Expect the balance of power to constantly shift in this intense addition to the Resident Evil 6 experience.

In addition to the December 17th Title Update, Capcom’s senior community manager Brett Elston has also revealed that Resident Evil 6 is expected to get another title update on January 22nd, which will add the following adjustments to the game:

For those who been waiting patiently on the PC platform to get your hands on Resident Evil 6, Capcom has also announced that on March 22nd, the wait will be over. Resident Evil 6 will launch on the PC and will also come included with all of the PS3/Xbox 360 content when it’s released at no extra charge. If you’re wondering what the minimum/required specs and Steam features are going to be, we got you covered.

Unfortunately, those in the United States who love to own physical copies of their games will find that Resident Evil 6 will not be available as a physical copy and will be download only. In addition, Resident Evil 6 is set to be on Games On Demand for the Xbox 360 later on this year.