An email sent out by Call of Duty publisher Activision to generate awareness for Ghosts‘ Season Pass has allegedly revealed the names of all four map packs set to launch throughout the current season of Call of Duty.

Fariko Gaming member Fariko_Scorch was able to grab a screen of the email, later removed by Activision, that lists four map packs for the price of $49.99 USD; Onslaught, Devastation, Invasion, and Nemesis – the first letter of each name spelling O.D.I.N. which clearly relates to a major plot event in the game’s single player campaign – along with access to the Team Leader digital content pack. 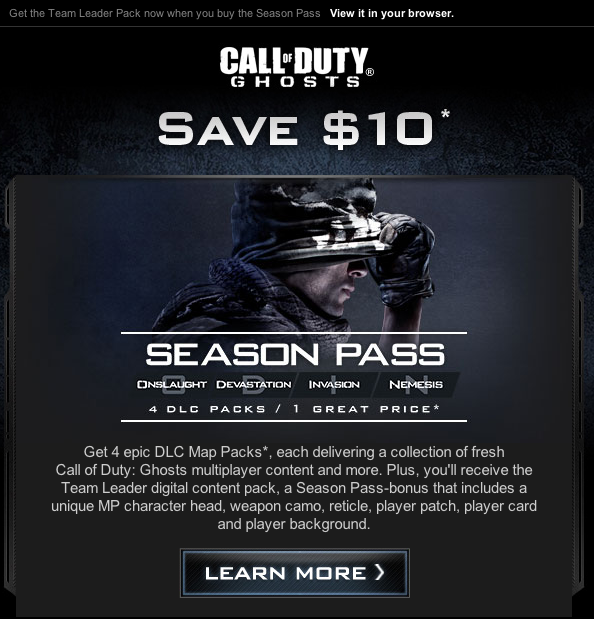 The current email being sent out lists similar information, but without the names of the for map packs.

While it sounds convincing, we’ll consider the names rumor for now until we hear from official sources.