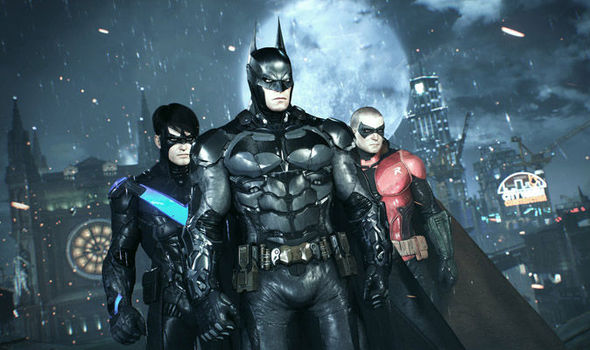 We’re diving deep into rumor territory here, folks! So prepre your popcorn. Having said that, there’s more in this Rocksteady new game report than your standard rumor, so it’s worth reporting on.

Rocksteady Studios, the developer behind the Batman Arkham franchise, has been silent on the games front ever since Batman: Arkham Knight was released back in 2015. Well, unless yo count Batman: Arkham VR which was less than a game but more of a tech demo for Sony’s PlayStation VR, and that was released in 2016. So what has the studio been up to all these years? Apparently, it’s a game based on the Justice League, and there’s a ton of rumored details about it that’s come to light.

According to a new anonymous post on 4chan, Rocksteady isn’t just working on a Justice League game, but that said title will come next year, and what’s more, it’s for the next-gen systems! Yep, you heard that right! Allegedly, this new Justice League game which is based on the “Crisis” DC storyline will be for the PS5 or Xbox Scarlett (codename of the successor to the Xbox One).

Thanks to Reddit user virgilhawkins17, we have the easier-to-digest info in bulletpoint form below!

Got that? The tl;dr version is: Rocksteady is working on a Justice League game, which doesn’t have a title yet though it will have multiplayer. It will be a GaaS game (games as a service), will have episodic content, will have a slew of DLC, and is apparently set for release in 2019 for the PS5 and Xbox Scarlett.

So, how does this one have merit compared to the thousands of rumors floating about? First off, the rumor names Starro as the main villain, which, if you think about it is kind of lame given Starro is a giant starfish. You have most likely seen Starro in one of the DC storylines or in one of the animated movies that’s out there right now. Here’s what he/she/it looks like: 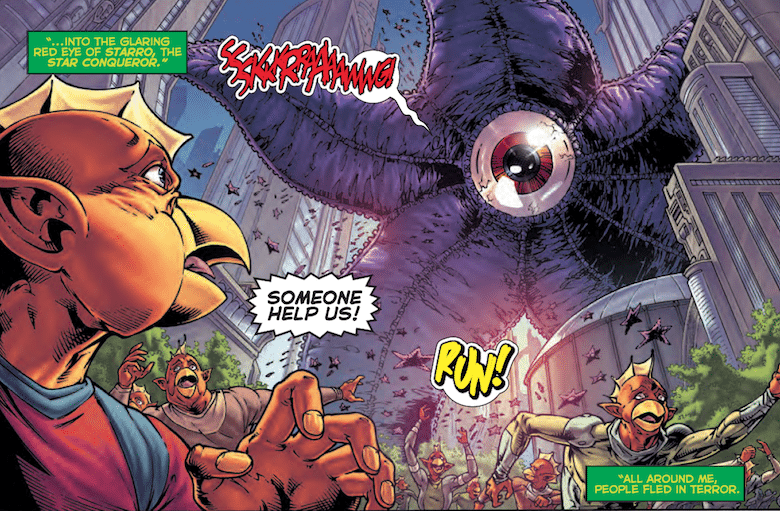 Rocksteady has been known to leave Easter eggs in their games that points to their next project. In Arkham Asylum, there was the secret room. In Arkham City, there was Scarecrow’s barge, and in Arkham Knight’s DLC  :Batgirl: A Matter of Family,” there’s a hidden Starro Easter egg where you can even see Starro hidden in a gigantic test tube! Check the video.

Add in Rocksteady’s recent job hirings (multiplayer testers, network coders, specialized GaaS managers) and the fact that they were specifically hiring for “next gen” and for people with “broad comic book knowledge,” and it seems to fit somehow.

Another feather in this rumor cap? The domain justiceleaguecrisis.com is owned by Warner Bros., and was recently updated this year. Also of note, the Batman Arkham subreddit mods quietly took down the posts, which is weird since they usually file these posts under rumors/leaks and whatnot.

Sounds good to be true? Yeah, seems like it, no? We’ve reached out to Rocksteady Studios’ parent company Warner Bros. Interactive Entertainment and will update the story if and when we get a response.

In the meantime, speculate and weigh in on what you think of this latest rumor in the comments below.

PlayStation Experience 2018 Not Happening According to Sony