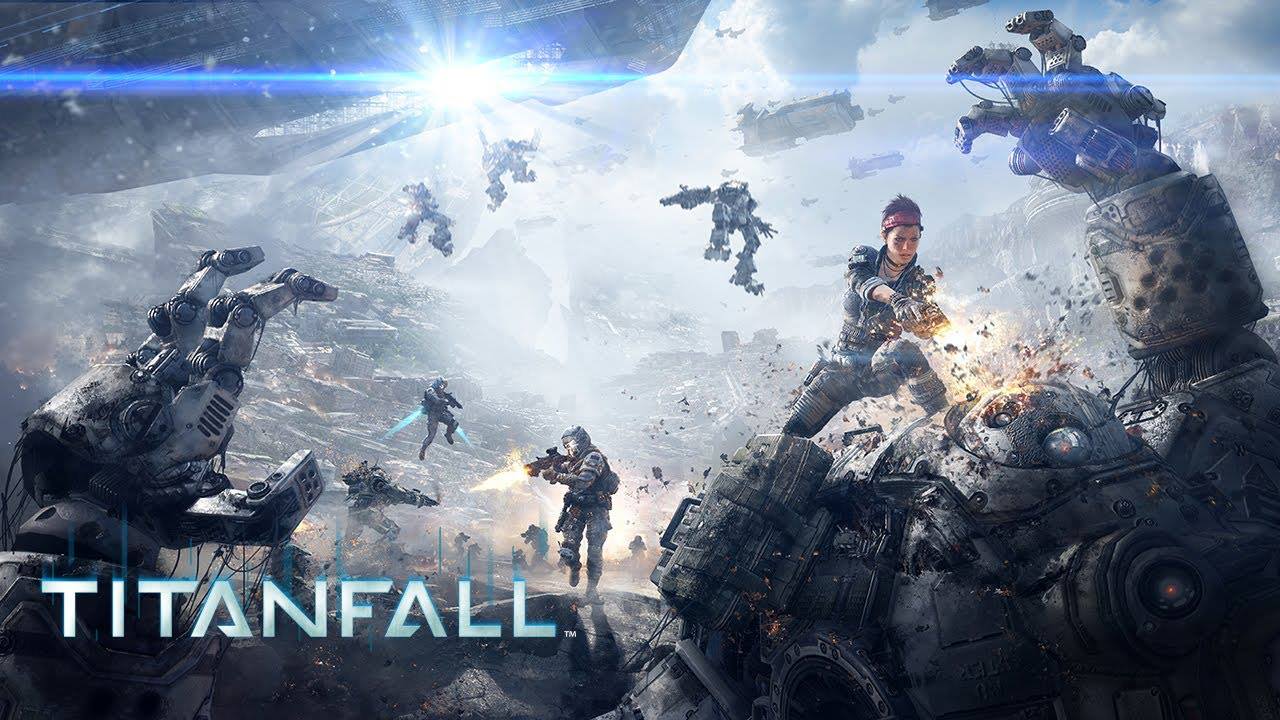 NeoGAF user sangreal has posted what appears to be Titanfall‘s Xbox One achievement list.

The list happens to fall in line with previous reports of Titanfall’s Prestige-like “Generations” ranking system. One achievement in particular asks you to “reach level 50”, while another challenges you to “reach the highest Pilot generation”.

It’s not entirely clear if the same list will apply to the Xbox 360 version of Titanfall. Nevertheless, you can check out the rumored “cheevos” below. Worry not, as it appears to be spoiler free. 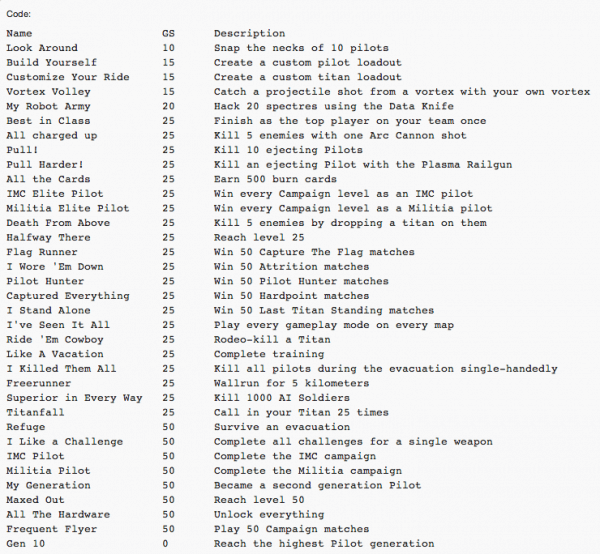 Lastly, original leaker RazorUK has added that, in order to meet the requirements to “regenerate”, players will not only need to reach the maximum rank of 50, but also complete specific Generation challenges.