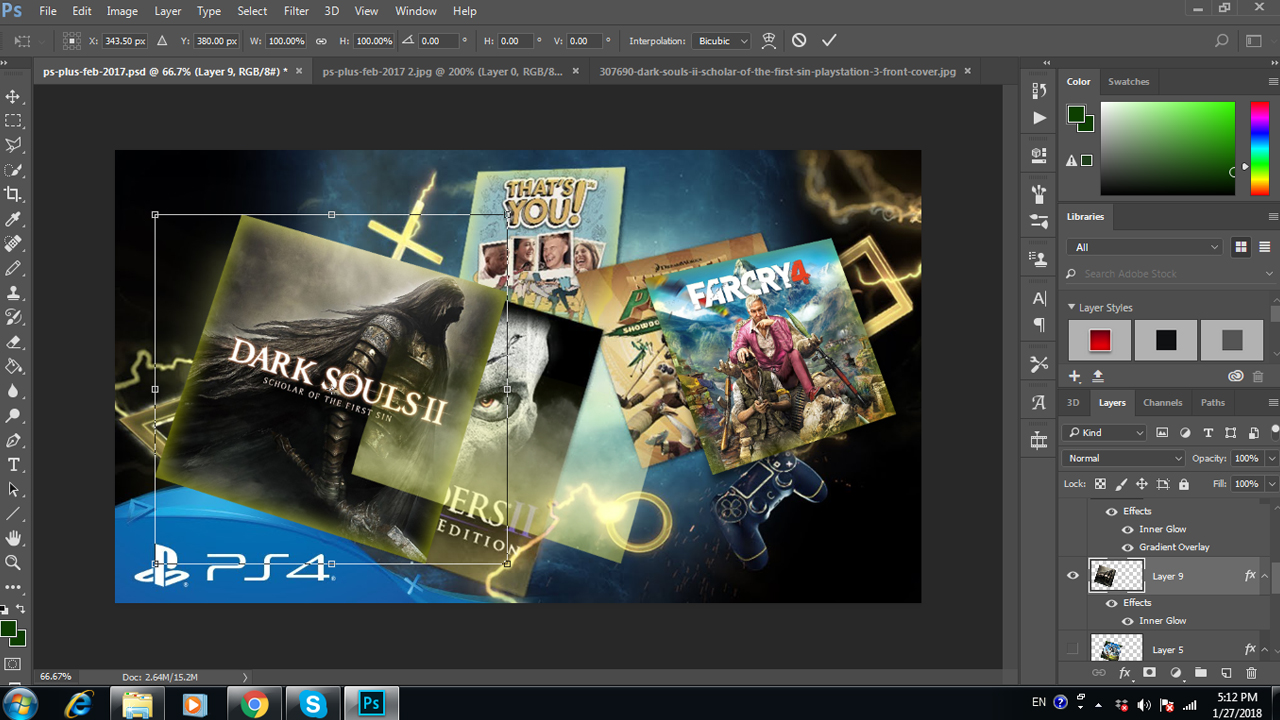 I’ve got some bad news for those PS Plus subscribers who were looking forward to the February 2018 lineup of games. It seems like the image which was doing rounds on Reddit, and also attracted the attention of other media outlets, is actually fake.

Reddit user Phoenix_Gaming1 claims he created the image as “a joke on Facebook.” It was then taken by a follower and posted on Reddit, where things got out of control.

Hi my name is George Awad I’m the creator of the image thats been going around like wildfire and to prove it I’ll provide this image where I moved a few thing around. I made this as a joke on facebook and someone put this on reddit and it spred like wildfire.

The choice of games was down to the upcoming release schedule:

LucasBlade is 100% correct “Yeah I’m wondering about this too, maybe because Dark Souls Remastered comes out in May and Far Cry 5 in March”

The image creator also explained why he came forward:

I only told the truth because I saw someone say they were going to sell their copy of dark Souls 2 and get it again for free in February that’s when I realized this had blown out of proportion and had gone to far.

As the PS Plus February 2018 lineup has yet to be confirmed by Sony, there’s a chance that these games could be featured. It’s also possible that Phoenix_Gaming1 is lying, as his “evidence” could have been made after the leak. Doubtful, but it’s a possibility, and that’s why this article is marked as “Report.”

Sad times for those who got excited over nothing. Here’s hoping the real lineup is just as good!