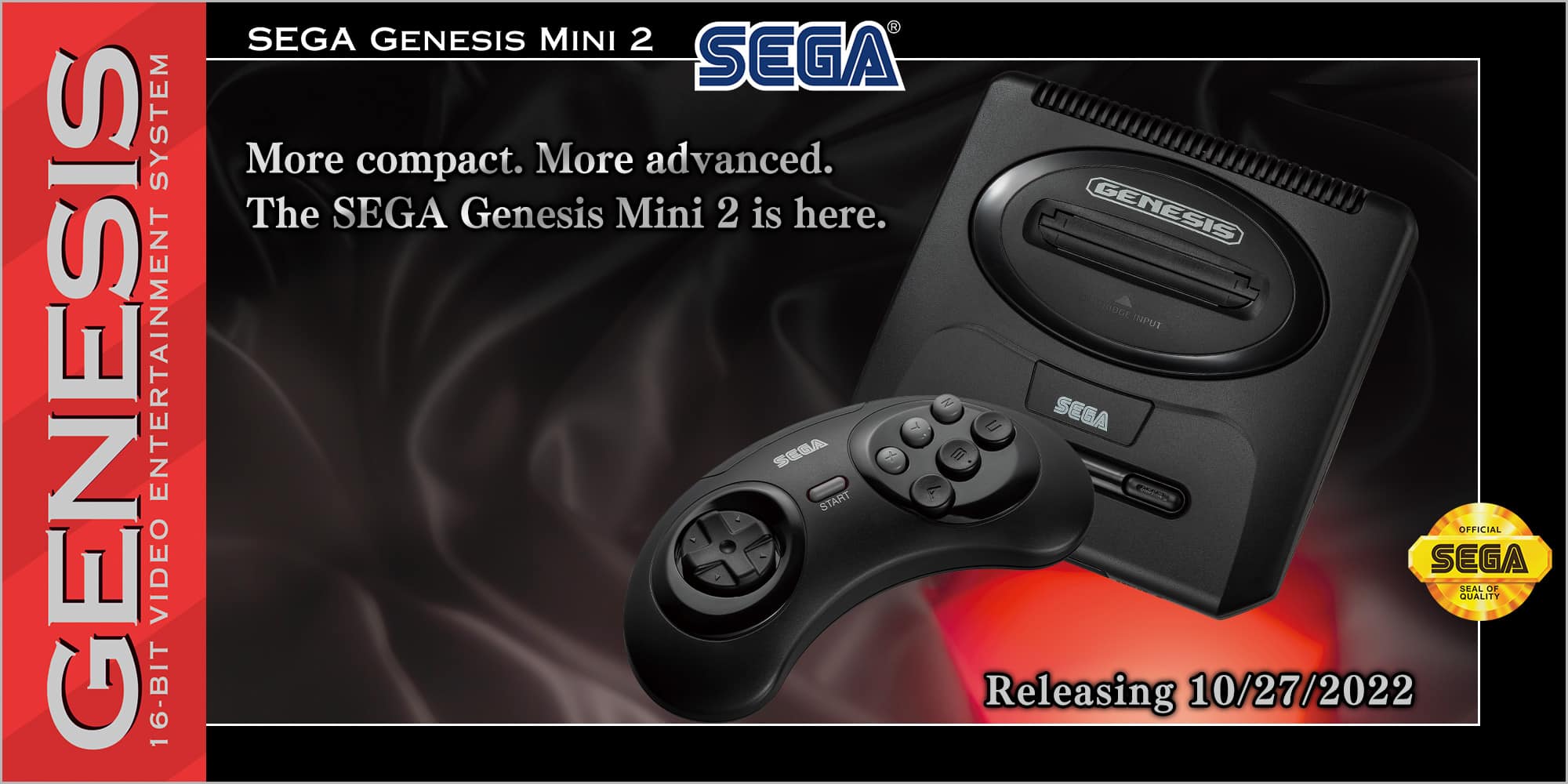 SEGA has revealed the names of all the 60 games that will be included with the Genesis Mini 2 console. The games also include titles from the SEGA CD era that were previously unavailable. New ports and unreleased games are there in the lineup as well.

Check out the trailer SEGA gas released to present the SEGA Genesis Mini 2 games down below.

The SEGA Genesis Mini 2 will be released on October 27, 2022. Pre-orders for the console are now live, you can find them here.