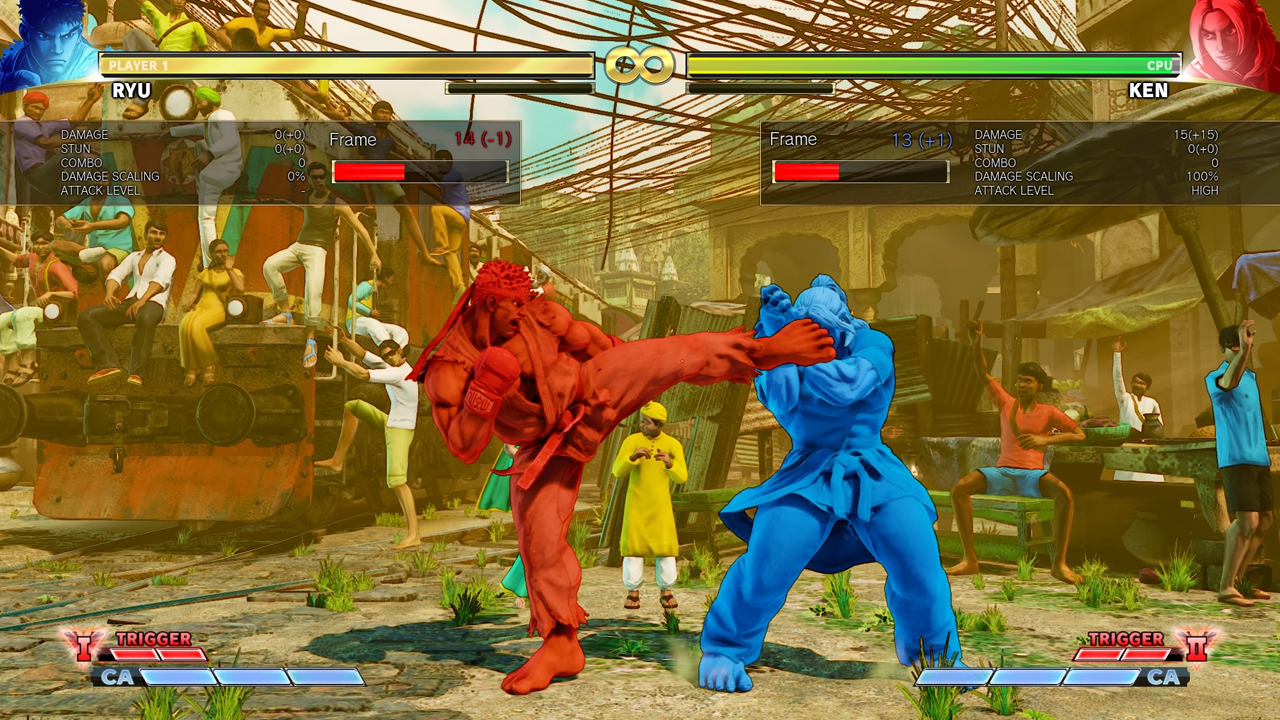 Street Fighter V: Arcade Edition is set to launch on January 16, and while we’ve already been given a good look at the new features here and here, we haven’t been presented with any patch notes… Until now, that is!

Capcom has shared the “general” changes coming to the game, as well as character balance tweaks. Warning: All 28 characters have been tuned, so prepare yourself for potential main nerfs!

Here’s the full list of patch notes listed under “general”:

In the Attack Data display, you can now view each action’s frame data.

You can now turn on Frame Advantage in Color to determine when each action has advantage.

If the character is in blue, they have advantage. If they’re in red, they have disadvantage. Take a look at the example below.

One purchase of the “Fighter ID & Home Change” ticket will allow you one access opportunity where you can change your FID and Home once.

Even if you change only the FID or only the Home during this access, it will still consume the ticket and count as an instance. So if you want to change both, please change them at this time.

All items purchased from the in-game shop and/or the PlayStation Store and/or the Steam Store as well as play data will not be affected when changing your FID and/or Home.

Updated FID and Home flag will not be reflected in some portion of the game such as previous play history (e.g. Battle Log, Replay Data, etc.)

Please be aware that selecting a Home has no bearing on matchmaking.

The Grand Master Rank is now available for players who have League Points of over 35,000.

Increased active frames for Regular Throws from 2F to 3F

Increased combo scaling for combos that include a V-Trigger activation

Made revisions to the hurtboxes for jumping attacks, and to the normal moves that are primarily used as anti-airs

Changed properties of moves that change the position of the character, which may affect certain combos

For the enormous list of character tweaks, it’s probably best for you to head on over here.