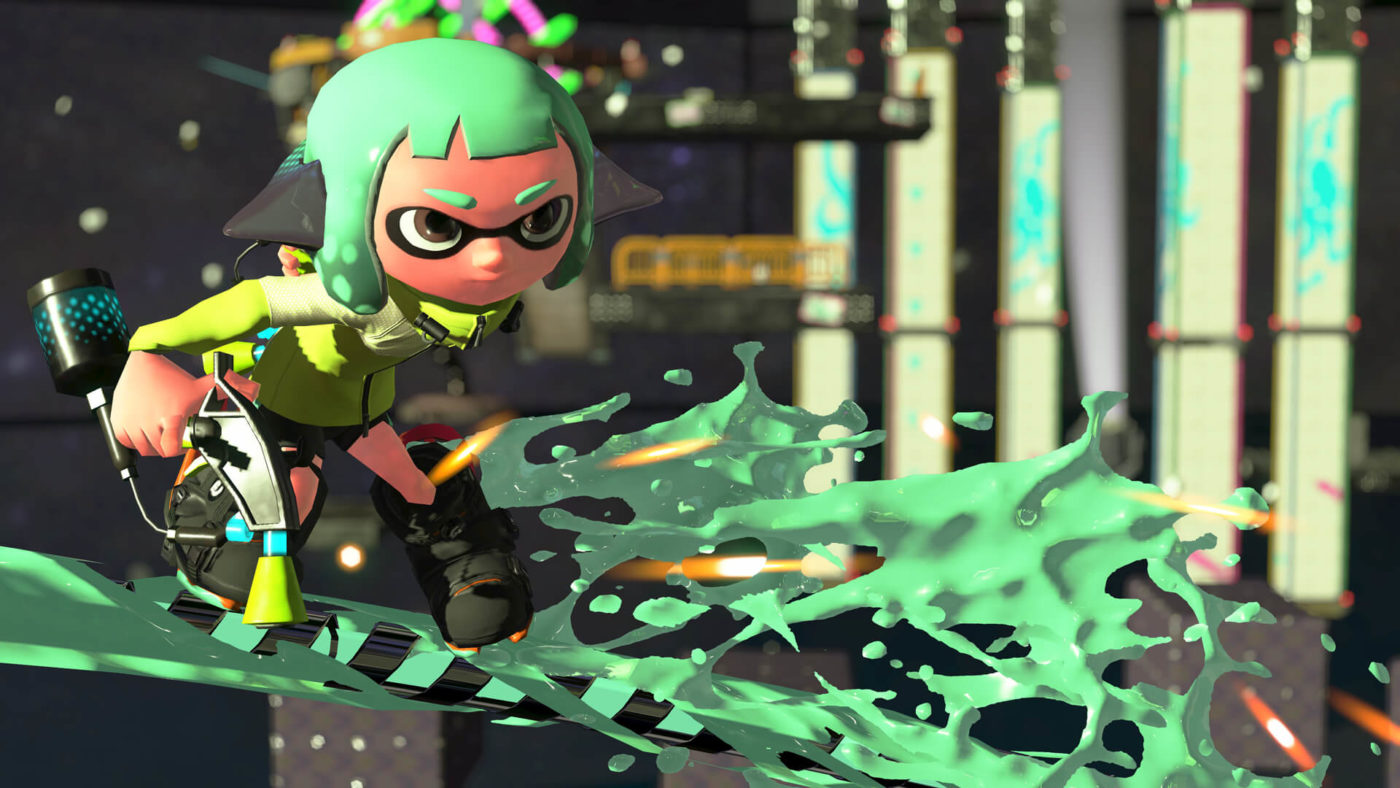 The big Splatoon 2 update 2.0.0 is now rolling out to Nintendo Switch systems. It completely shakes things up with big multiplayer balance changes, new gear, and more.

Take a look at the patch highlights below:

Added new gear. It can be viewed in the shops.

Added ability for players to buy and replace gear purchased on SplatNet with gear identical in appearance in the shops.

Added two new hairstyles and two new legwear. On the Equip menu select Options and then Style, or choose Player settings on the Options menu on the main menu screen to change hairstyles, legwear, etc.

Added 5 tracks to be played during battles.

Added ability to use filters when taking photos with amiibo.

Increased player ranking maximum from 50 to 99.

Added ability for players to speak to Judd after reaching level 99 to give them an option of returning to level 1 and start levelling up all over again.

Players who choose to start from level 1 again will have a ★icon displayed next to their rank.

Players who choose to start from ★1 again will continue to receive prizes from Judd for levelling up.

Added ability for players who reach ★99 will have the option to start from ★1 again.

The in-game ranking display of ★1 will not change, but players can see how many times they’ve returned to level 1 on SplatNet 2.

When a communications error occurs because a player is idle, the match will be judged not from the time after the error, but from when the time the player became idle.

Added ability to get tickets for the menu items listed above in Salmon Run and The Shoal. Additionally, superior tickets are now easier to get.

Changes to the Lobby and Menu Controls

If you select this option after a Regular Battle, you’ll be able to continue with other players from the previous battle who’ve selected either “Continue” or “Change Gear and Continue”.

Team selection will be maintained even if a member of a team drops out after a battle has finished, and the display order has changed for Private Battles.

During Splatfests, a deployment diagram of Inkopolis Square during the Splatfest will be shown on the main menu map.

Changes to the Posting Function

Will you be booting up Splatoon 2 and checking out the new changes? Let us know.

In other updates news, a new patch for Need for Speed Payback is rolling out, a Brawlhalla patch adds a new Legend and more, and a new Dead by Daylight update shows no mercy against bugs.