Ubisoft has outed a brand new Splinter Cell Blacklist trailer, but in place of yet another display of stealthy heroics by main protagonist Sam Fisher, we’re teased by the hint of an incoming reveal of the title’s multiplayer component.

The teaser reveals an image of two agents facing off, both with the signature red and green goggles, as the screen fades to an image displaying the words “First Look” and the date “05.02.13.” 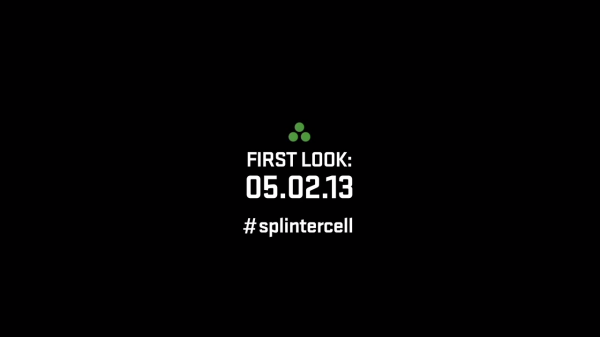 According to Ubisoft’s official Twitter account, it appears the reveal will be of an updated take on the Spies vs. Mercenaries game mode.

Be it co-operative or competitive, multiplayer has always been a part of the Splinter Cell series since the second entry, Pandora Tomorrow, where the game mode Spies vs. Mercs first appeared. 2010’s Splinter Cell: Conviction featured a rather robust and highly-praised co-op experience, but we’ve yet to see an adversarial multiplayer experience from the series as fleshed out as what you would find in, say, Ubisoft’s Ghost Recon Future Soldier.

Needless to say, this has us at MP1st excited to see what the multiplayer team behind Splinter Cell: Blacklist has to show us this May 02.

Any thoughts or predictions as to what we’ll see? Let us know in the comments below. Oh, and don’t forget to check out the actual teaser:

Next Xbox Rumors – Always-Online DRM Up To Publishers, DVR-Like Capabilities, and More