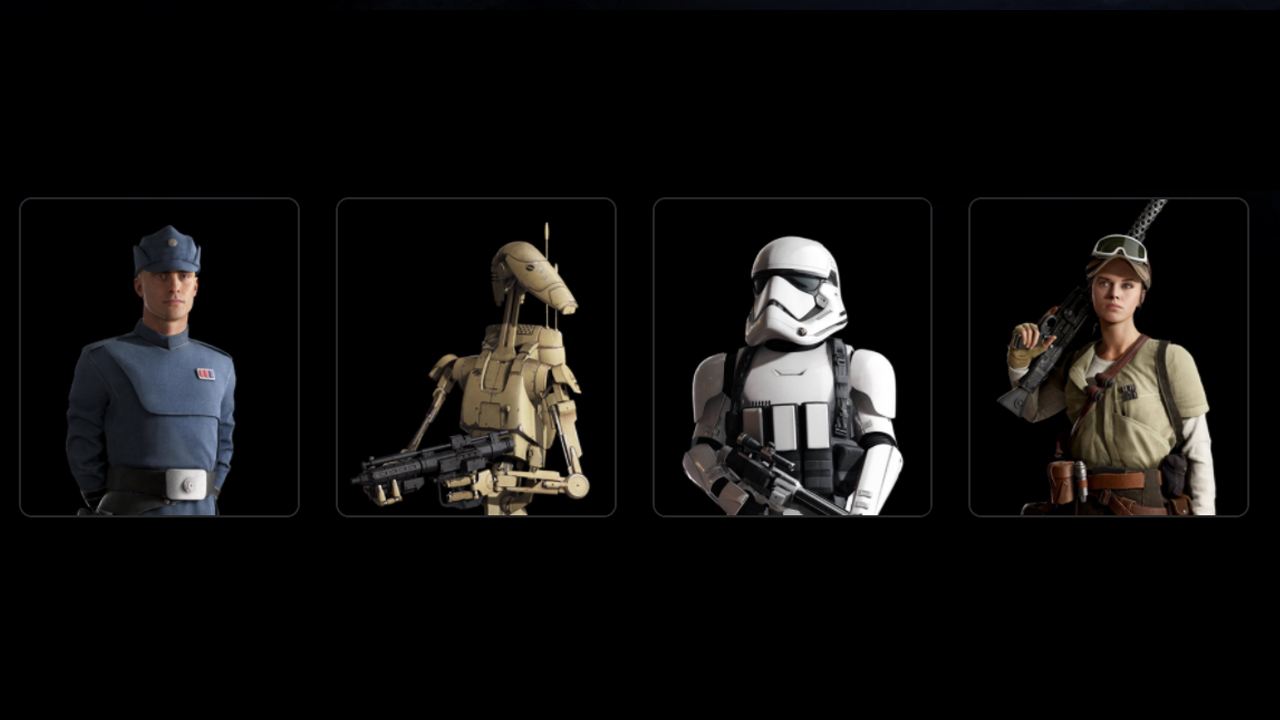 With EA’s deluge of Star Wars Battlefront II info yesterday, we finally have a firm grasp on the game’s classes, what they can do and more. While the first Battlefront was a cut-and-dry affair pitting the Rebels against the Imperial army, Battlefront II has classes that gives the shooter some much-needed depth.

Check out the Battlefront II classes in the slideshow to see their abilities, unique Star Cards and more.

Officers make their teammates better. They wield special skills to buff classes, lock down enemy positions with automated blasters, and strengthen their allies

HEART OF THE TEAM

Officers use their Abilities to help everyone around them fight more effectively and directly affect the tactical situation by employing powerful automated weapons. Each class can equip Star Cards to modify and enhance their combat abilities. A few examples of the ability Star Cards for the Officer class are: