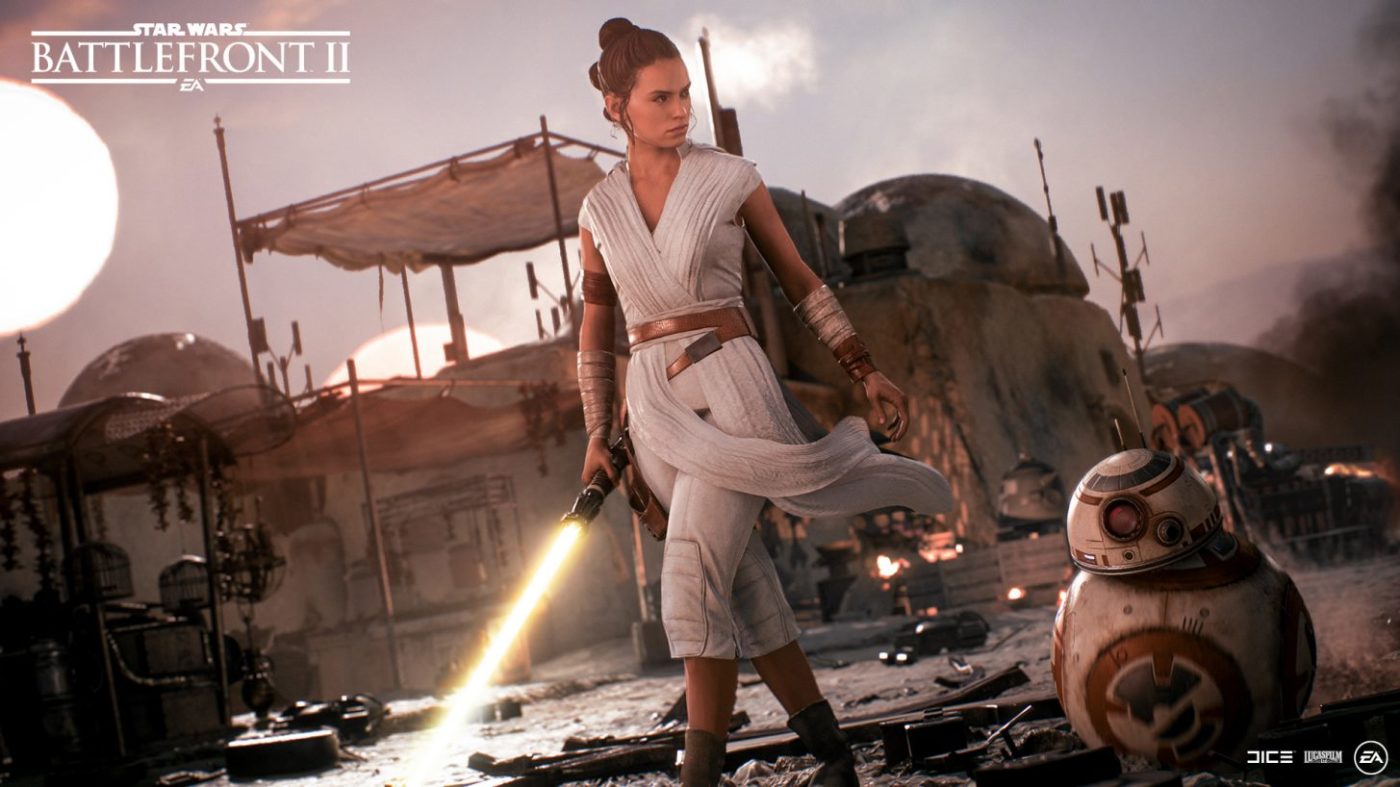 Basically, what this means is, the Battle of Scarif update will be the last content drop for the game, though players can still expect in-game challenges, recurring events such as double XP to be part of it.

Looking beyond April, we’re transitioning to a phase where the servers, in-game challenges, recurring events such as Double XP and more, and game support will carry this broad and rich Star Wars gaming experience into the future. This means that we’re moving away from delivering regular content updates. As the game lives on with the players and our community, we’re looking forward to hearing your stories for years to come. –Star Wars Battlefront Creative Director Dennis Brännvall

Given it’s been two years since the game’s launch, this is a bit understandable on DICE’s part. At the very least, it’s not like Battlefield 5’s, which seems to have its post-launch content support prematurely ending. 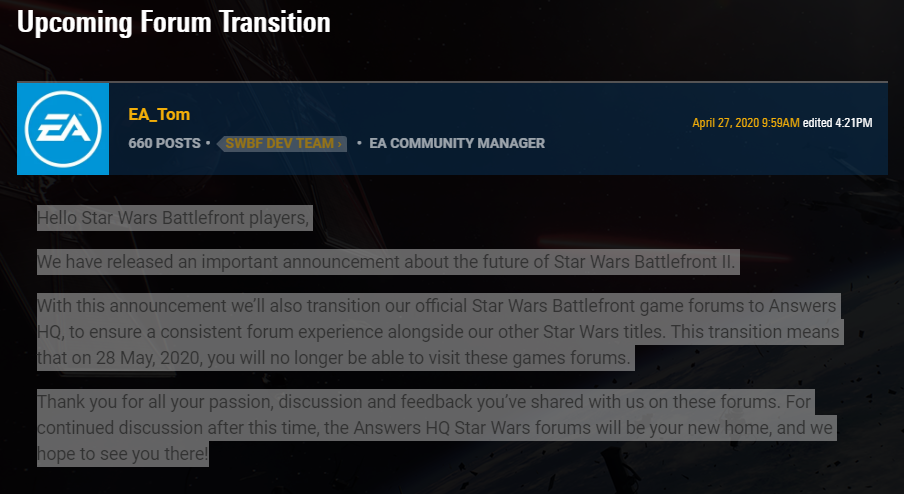 With both DICE-developed games now officially nearing their end phases (or already in it), it seems DICE is ready to dig in for the next Battlefield game. Will we see a Star Wars Battlefront 3? Your guess is as good as mine at this point.

Are you happy with how Star Wars Battlefront 2 shaped up and do you think it’s too early for DICE to stop pumping out free content for it? Let us know down in the comments.

Monster Hunter World Iceborne Next Update Postponed Due to COVID-19