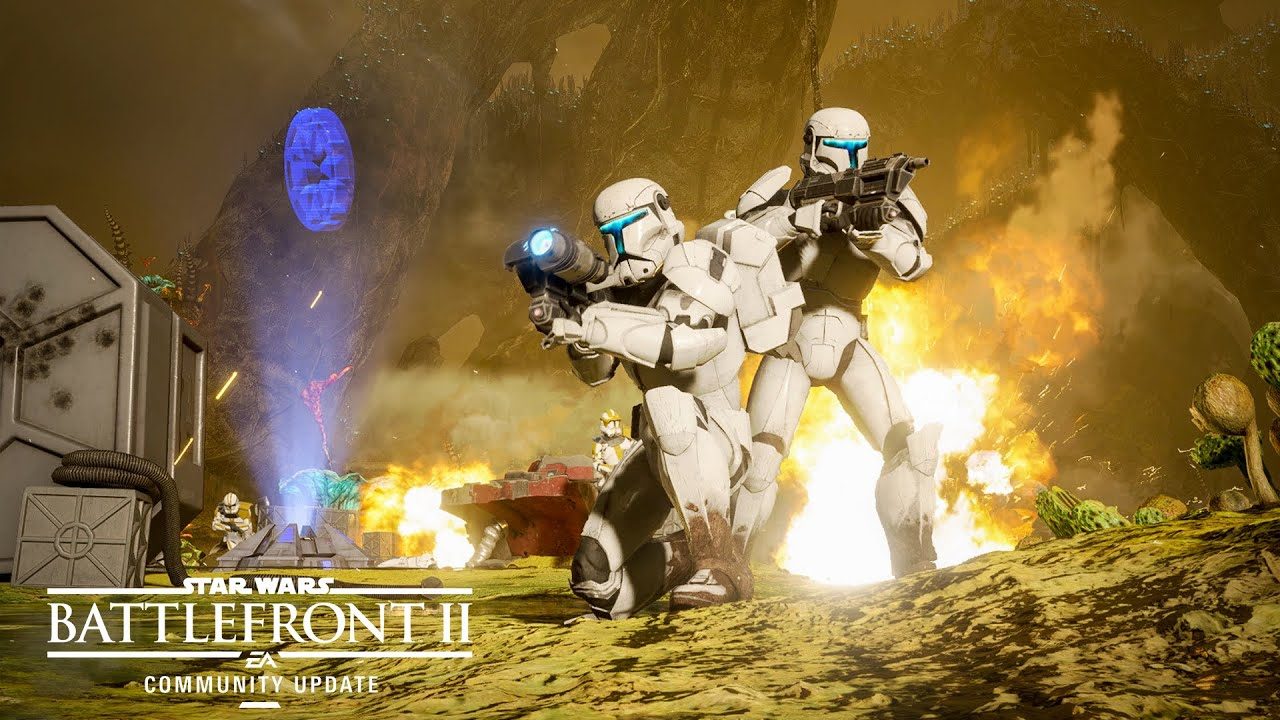 While we got the big Age of Rebellion update for Star Wars Battlefront 2 a few weeks ago, DICE is planning to roll out the Star Wars Battlefront 2 next update on March 11! This “small patch” includeshost of fixes as one might expect and no new content. Check out the full patch notes below, as well as some of the bugs introduced via the Age of Rebellion update that are being fixed with this patch.

Here are some of the big changes coming:

DICE will be implementing a change that will ensure all troopers and heroes are dressed in any planet-specific appearances across the Age of Rebellion planets.

Randomization of head options for Officers in Co-Op.

Scoreboard change introduced in Age of Rebellion would show the class level of everyone in the match; a visual issue would sometimes happen where all levels would be based on your own, and this has been fixed.

In Co-Op, DICE fixed an issue that would cause the AI to only take one route going to Jabba’s Palace. After the patch, the AI will now take multiple paths, which means you can no longer sit at one doorway while defending.

Matchmaking issue have been addressed, which includes a fix that addresses the problem that would sometimes cause a game server to place everyone on the same team.

That’s a lot of fixes for a “small patch,’ no? Once the patch is out, we’ll be sure to let our readers know.

Call of Duty Warzone Details – Everything You Need to Know