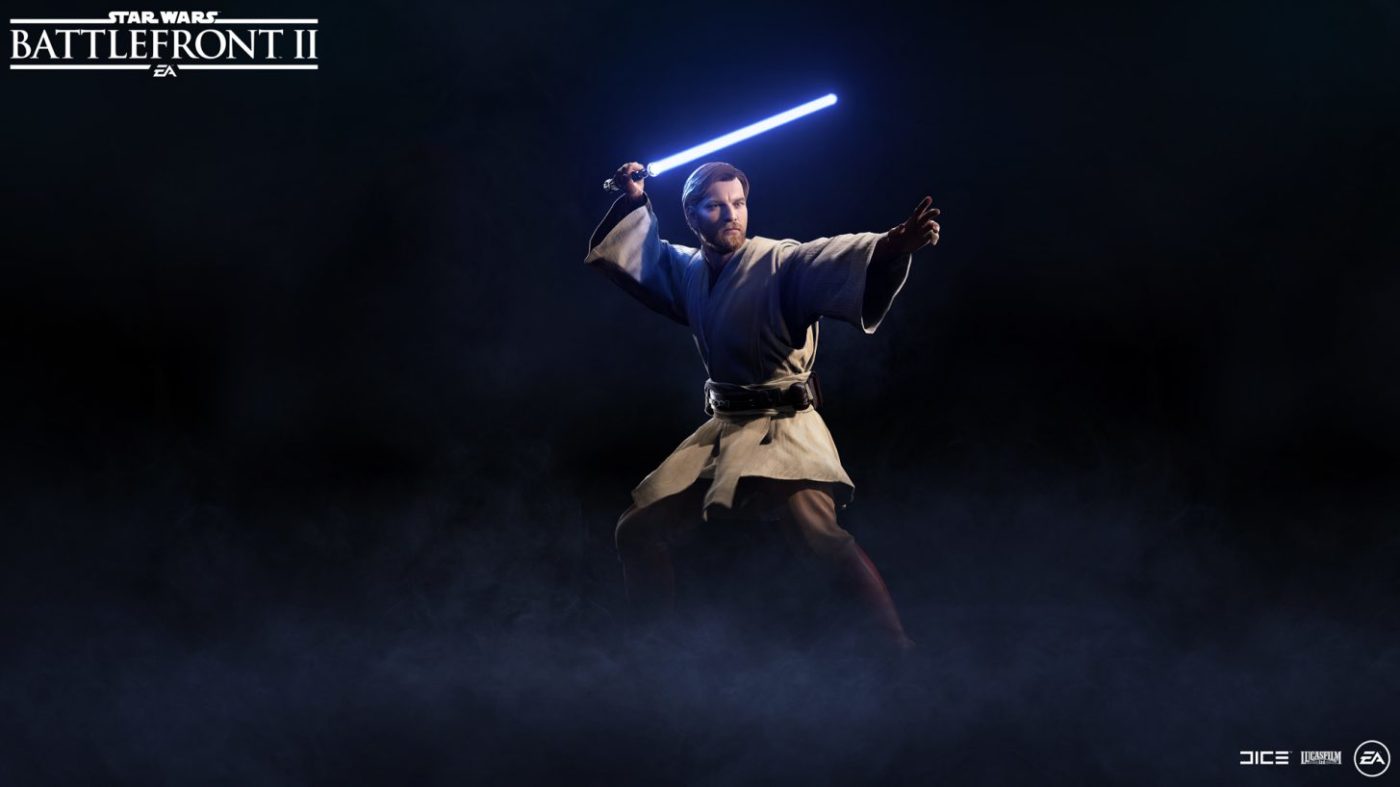 In a press release, EA has announced that Obi-Wan Kenobi will be making his way to Star Wars Battlefront II! Set to be released this November 28, Obi-Wan will be included in the “Battle of Genosis” free game update, and he’ll even be based on actor Ewan McGregor’s look!

Wielding his trademark lightsaber beaming with blue, and reflecting his mastery of defensive combat, Obi-Wan’s blocking skills are superior to any other Jedi in the game. His stamina and near perfect defense are joined by powerful, chained melee attacks.

Defensive Rush Ability – Where Obi-Wan rushes forward while swinging his lightsaber, deflecting blaster shots with flawless accuracy and damaging enemies in front of him. When this Ability is active, the player can choose to deliver a final strike at anytime.

Restrictive Mind Trick Ability – The mind trick disrupts the target’s Abilities for a short time – including dodges! Use it wisely to outsmart your enemy.

All-Out Push – It’s similar to Luke Skywalker’s push, but Obi-Wan’s version is more focused than that of his future pupil. We’re giving additional control to the player, as holding down the button increases the range of this Ability.

Obi-Wan will be available with the default Jedi Master appearance, but if you want to stand out, the “Robed Appearance” can be bought with Credits or Crystals, and a “General Kenobi Appearance” will also be available for purchase at a later date.

Once the update is out, we’ll be sure to let our readers know.