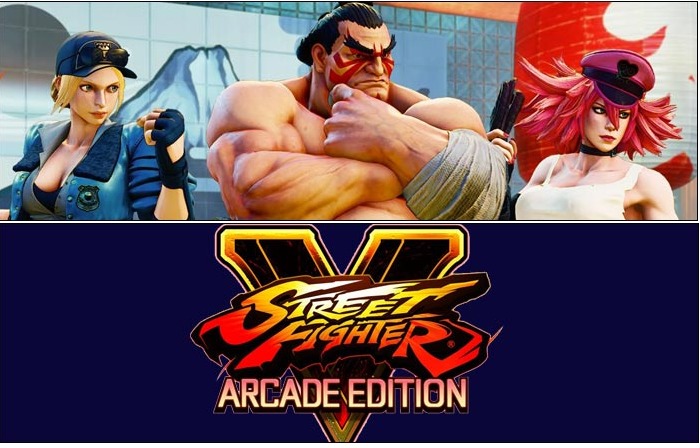 Street Fighter 5 DLC fighters leaked after a Steam page, which has now been removed, showed a trailer for the new fighters coming to Street Fighter 5: Arcade Edition. After this leak spread around social media, Capcom spoke out and revealed their plans to bring the characters to the game in full. Check out the trailer below and read on for more details.

As you can see E.Honda, Lucia, and Poison are all coming to Street Fighter 5: Arcade Edition on August 5 2019. However, this is the date that the character bundle will go live, whereas each character will also be offered individually to players a day ahead of that, on August 4 2019. The character bundle includes all three characters, as well as their battle costumes and default colors 3-10. These three characters bring the total roster available in Street Fighter 5: Arcade Edition to 38.

On 4 August each character will be available for the price of $5.99/€5.99/£4.99 – or 100,000 Fight Money. When it launches on August 5 the character bundle will cost $14.99/€14.99/£11.99 – Capcom haven’t provided a Fight Money cost if there is one. However, it’s important to note that players don’t have to spend any real money to access these characters, and can instead use the in-game currency they’ve been accumulating all this time.

Since December 2018 there hasn’t been an official new content reveal for Street Fighter 5 until now, outside of new costumes for existing characters. E.Honda, Lucia, and Poison all have additional costumes available. E.Honda has four different costumes, and both Lucia and Poison have a total of five. In addition to these three characters being added to the game, E.Honda’s Classic Bathhouse Sento Stage is also making a comeback.

E.Honda has his classic Hundred Hand Slaps, Sumo Headbutt, and Command Throws for players to fight with, however, it looks like Command Throws will only be available during V-Trigger 2. V-Trigger 1 on the other hand, gives E.Honda access to a chargeable Headbutt attack that breaks guards, leaving opponents open to damage.

Lucia Morgan is a returning character from Final Fight 3, and a police officer in Metro City. Her fighting style uses lots of fire, and seems to be open for a lot of combos, with some sort of run technique being used to extend her combos. Burning Fight can be activated during V-Trigger to inflict devastating kick moves on opponents.

Finally, Poison has a new fighting style focused around a whip. With this weapon she has far more reach than before, and can supposedly use it to attach to the ceiling and vault closer to, or over, enemies. She also has a molotov cocktail V-Trigger which literally burns through an opponent’s health.

This announcement comes at a key time being so close to EVO 2019. Some believe this could indicate that Capcom is planning to announce something new during the event, possibly a new roadmap for Street Fighter 5 content, or even a new Street Fighter 5: Arcade Edition tournament.