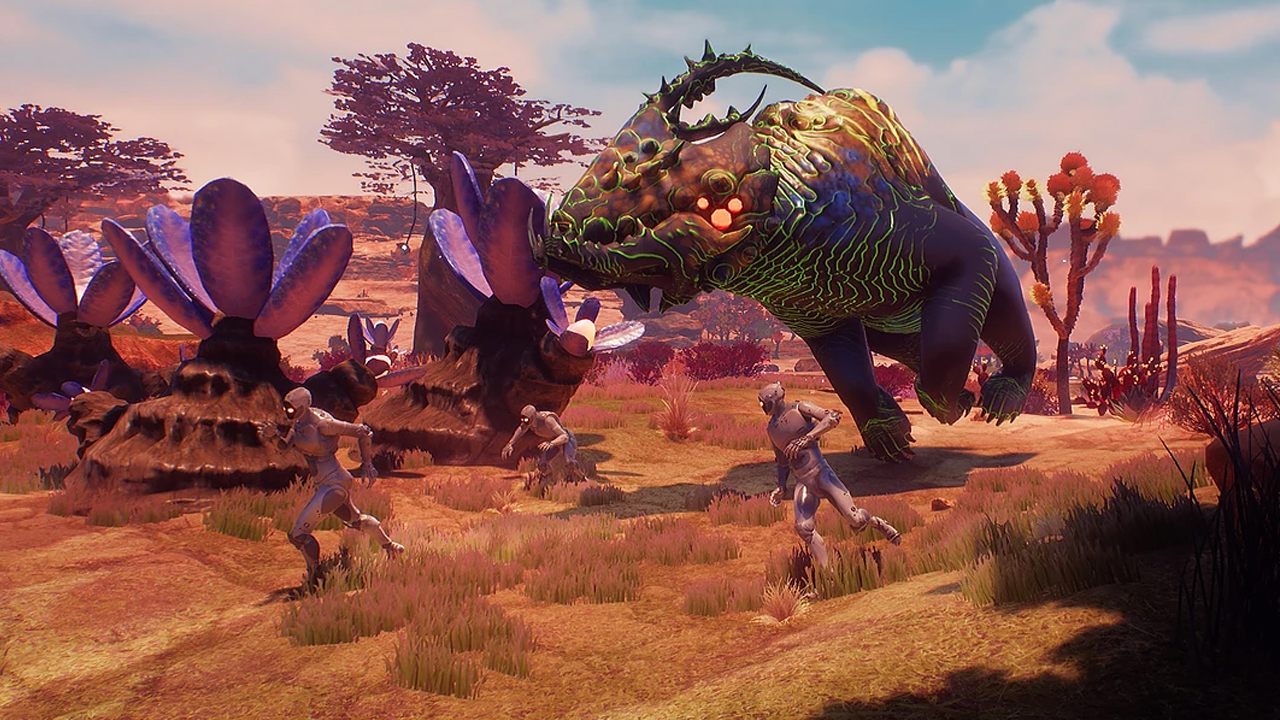 A wild survival FPS has appeared! Outpost Zero puts players in control of AI bots, tasked with building a new world. And yes, it has multiplayer!

Take a look at the newly-revealed gameplay trailer below:

A Sci-Fi First Person Shooter with Base Building, Resource Management, and elements of Survival. You play as an AI Overseer sent from Earth entrusted with the future of humankind, and tasked with establishing a habitat that can sustain human life on a mysterious alien world.​

Read on to see what players can expect from Outpost Zero, when it launches on PC in 2018. (Or, if you’re especially eager, head here to sign up for alpha access!)

At its core, Outpost Zero is a deep sandbox FPS. Fight against a variety of native alien creatures, and defend your base against roving bands of pirates and enemy raiders. Attack enemy strongholds to destroy their operations and loot their resources. The game will feature scaling combat with upgradeable weapons and armor, and group combat with AI squad mates to lead into battle against enemy bases.

This hostile planet can become a thriving colony with a fully functioning society of AI robots, under your direction. Harvest resources and build a stable economy, setup mining outposts and supply chains to your automated factories to create components essential for the operation of your outpost. Create a base for safe refuge and infrastructure to keep your AI outfitted, healthy, and happy. Make homes for your colonists, provide them with entertainment, and build defenses to keep out invaders.

Outfit your AI buddies and train them to defend your outpost. Upgrade them with improved weapons and armor, train them to be better at combat, crafting, and resource harvesting, and give them jobs to keep them busy and keep your outpost running at peak efficiency. Build them luxurious quarters and raise their morale by entertaining them and satisfying their needs. Lead them into battle, and set them up to defend your base from invaders. Build a society of happy, efficient, and powerful robot citizens.

What do you make of Outpost Zero? Will you be signing up for the alpha? Let us know.