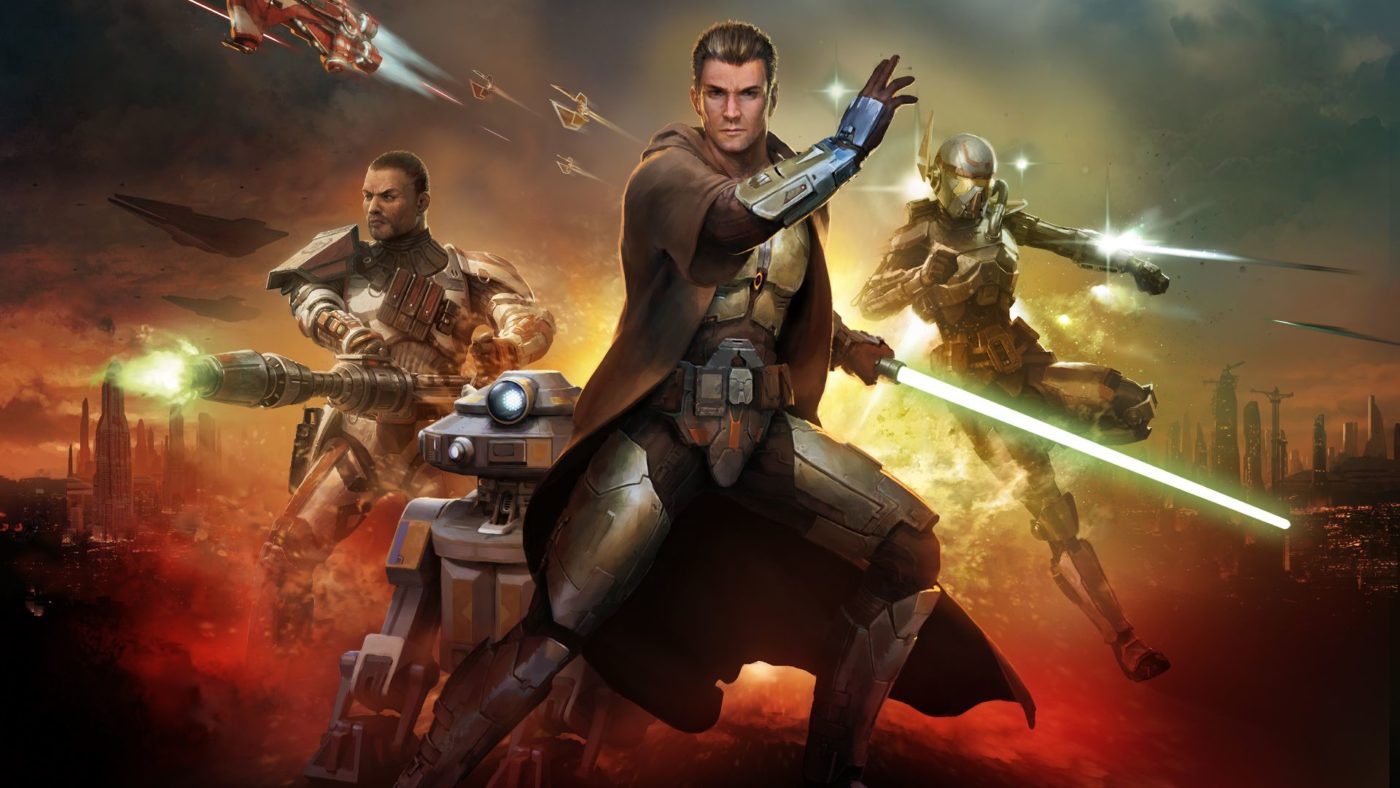 In addition to this, the classes and combat have received some balancing changes including: Jedi Knight, Sith Warrior and more.

For the highlights of the latest patch, see below:

– New Flashpoint: The traitor Theron Shan has found asylum on the Chiss world of Copero. Lead a covert strike to uncover his deadly plans – before it’s too late!

– New Operation Boss Fight: Nahut, The Son of Shadow – Be wary, Nahut is a master of stealth combat and a superweapon capable of galactic destruction.

– New Galactic Starfighter Map – Wage war in a 12v12 deathmatch in orbit above the planet Iokath.

– The Activities Window – The Group Finder interface has seen a huge overhaul! This includes repeatable rewards, bonuses for roles in need, along with unifying the group, Warzone, Galactic Star Fighter, and solo content into a single window.

– The Master’s Datacron – Available for 2,000 Cartel Coins on the Cartel Market. This item will allow you to take any existing character and make them a level 70 character! The Datacron also includes a full set of level 70 gear so you can jump right into the action. This boost does not advance any story progress.

– Due to the amount of changes being made to Group Finder, many group Missions will have their progress reset.

– The Group Finder has been renamed to the Activities Window. It has received numerous updates:

– Repeatable Rewards: For each PvE group activity, there is a repeatable reward when queuing for all available content. This reward is available after claiming the daily bonus for that category.

– Role-In-Need: Certain group-enforced content will now give bonuses to roles in need. The goal is to provide that extra incentive to help bring groups together quicker. EX: There is a lack of healers in the Activities Window queue for Master Mode Flashpoints, so we will offer an extra bonus to any healers who queue for that activity.

– Daily Rewards: For each PvE group activity there is a significant bonus to experience, credits, command experience and unassembled components. To be eligible for this reward you must queue for all available content.

– Solo Window: All Heroics, Daily Areas, Events (When Eligible) and flashpoints can be easily queued from the new solo window.

– Lockouts: We’ve redesigned the Operation lockout window to be more informative while cleaning up un-necessary duplication of data.

– Characters across the galaxy now have an appropriate amount of sparkle in their eyes.

– Solo activities such as Heroic Missions, Solo Flashpoints, and the Eternal Championship have been added to the Activities window. They will populate based on your character level.

– Queuing for Ranked and Unranked Warzones will now happen via the Activities window.

– The Galactic Command interface has been removed from the game. All queuing will happen via the Activities window or the Chapter launcher.

– The rewards for completing content via the Activities window have been increased.

– Corrected various issues related to searching in the Cartel Market.

– Defeating Nahut has been added to the Gods from the Machine Objective for Conquests.

– A new option has been added to the Preferences window, under User Interface > Cartel Market called Use Pack Viewer. This option is on by default. If the player turns it off, when a Cartel Market Pack is opened the items will be placed directly in your Item Stash without the pack viewer animation being played.

What do you think to the latest patch? Are you looking forward to giving the new map a shot? Let us know below.