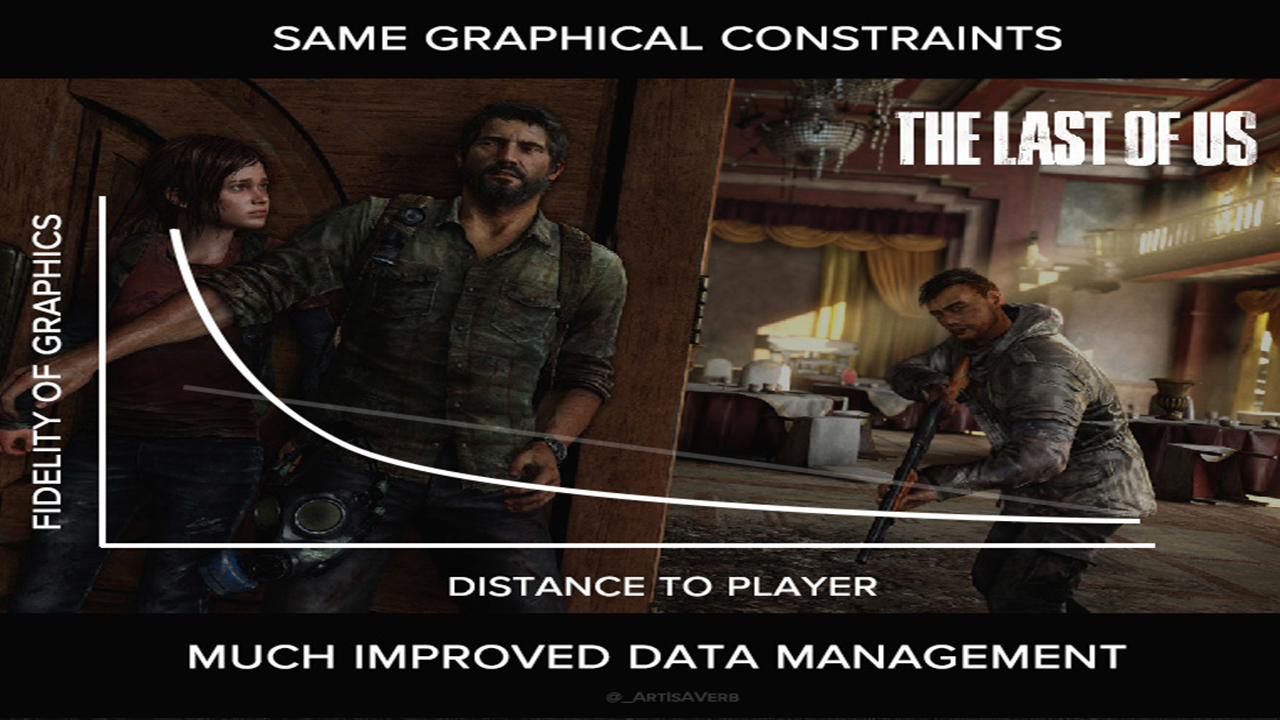 The next-generation of consoles are set to bring some major changes, though it’s their SSDs that have caught the eye of former Naughty Dog employee, Andrew Maximov as he highlights why he’s excited for them.

In case you’ve been living under a rock, Sony has officially revealed the PlayStation 5 specs. While they appear to be lower than that of those of the Xbox Series X’s specs, one area that the PlayStation 5 does have the upper hand is its super-fast SSD that is nearly double the speeds of the one found in the Series X. What exactly does this mean outside of super-fast load times? Well, former Naughty Dog Technical director and founder of Promethean AI Andrew Maximov explains:

The jump in quality between the 2 is quite staggering yet both utilized identical graphics hardware. Tons of work went into improving the look by the graphics engineers and the artists, but all of this has to be facilitated by managing a lot more data fast.

Even with current gen hardware we can render most single objects at lifelike detail. Every hair in Drakes stubble was a triangle.
We can render vast spaces by using smart LoD systems.
But we can’t store all of the super detailed high res versions for all objs in memory at once.

Now producing all of this content at this level of fidelity is an extremely complicated issue of it’s own, but we are working on it 🙂 @PlayStation – happy if this helps share the excitement. Keep it up!

Talk about some major advancements there, as not only will games be able to load super quick, but they’ll be able to do that while maintaining a high level of details. It’s going to be exciting to see developers utilize the SSD on both systems.

We will be sure to keep you all posted on any next-gen related news.