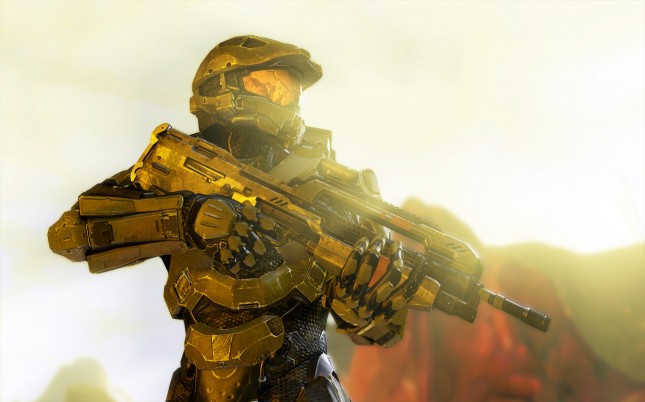 How do you stop an Alien invasion? With Spartan IV armor and guns. Plenty of guns. 343 Industries gives us a glimpse at the type of bad-assery you’ll be handling in Halo 4 in order to take on some of the most ruthless alien creatures in the galaxy!

Gameinfomer has put together this lovely list of weapons manufactured for the UNSC forces that you’ll be seeing in Halo 4 including designations and descriptions. Some old favorites like the assault rifle, battle rifle and DMR return while the brand new Railgun is introduced into the mix. Make sure to click on the image for more detailed look.

BATTLE RIFLE
DESIGNATION: BR85 Heavy-Barrel Service Rifle
MANUFACTURER: Misriah Armory
The BR85HB Service Rifle is a gas-operated, magazine-fed, semi-automatic rifle optimized for three-round burst firing, and proven to be an extraordinarily versatile weapon at a wide variety of ranges and in the hands of a capable marksman.

RAILGUN
DESIGNATION: Asymmetric Recoilless Carbine-920
MANUFACTURER: Acheron Security
The ARC-920 Railgun is a compact-channel linear accelerator that fires a high-explosive round at incredible speed, delivering both kinetic and explosive force to both hard and soft targets alike.

Any of these in particular strike your fancy? What do you forsee being your weapon of choice in Halo 4?

Make sure to read up on some of the latest Halo 4 multiplayer details!

Black Ops 2 – No Beta, 300 People Behind It, No Word on Dedicated Servers for PC, and More

Black Ops 2 Documentary Sets The Mood For A Dark Future