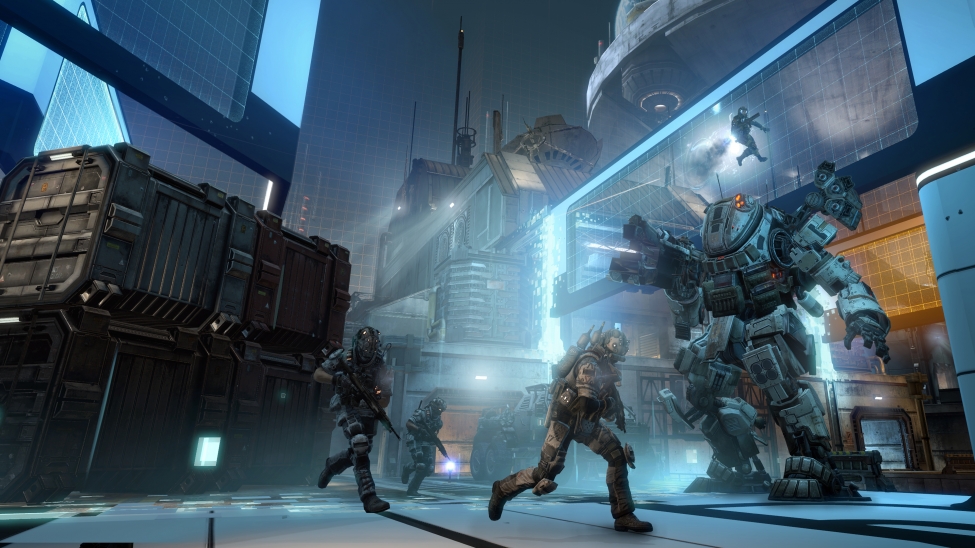 Though the Xbox 360 port of Respawn Entertainment and Bluepoint Games’ shooter, Titanfall, is destined to benefit from the same sort of support the Xbox One and PC versions will receive, updates “will naturally follow behind,” says the studios.

In a recent blog posting, the author confirmed that all Xbox One and PC updates, both free and paid, will find their way to the Xbox 360 version of the game, including the shortly upcoming Expedition DLC, due out later this month on Xbox One and PC.

That said, fans will notice a timing difference for the same reasons the Xbox 360 version’s launch was delayed in the first place. On that note, Xbox 360 users won’t see Expedition until some time in June.

“Respawn must first finish their additions and improvements for the Xbox One and PC, and afterwards Bluepoint can then grab the latest and update the Xbox 360 version,” writes the author. “We’re working with Respawn and Bluepoint to streamline the process and close the gap, allowing Xbox 360 updates to be published as closely as possible to Respawn’s updates.

“Right now the Bluepoint team is bringing over changes included in the Xbox One’s Content Update 2 while also working on the Expedition DLC. We asked them to split the CU2 into two parts, which includes the update to the Gooser challenge that recently went live, with the rest of the changes becoming available soon.”

That, at least, clears up what exactly was included in the Xbox 360 update that went live earlier this week.

It looks like users on previous-gen hardware will have to hang tight a little bit longer for the rest of the update. Meanwhile you can read up on all the details here.