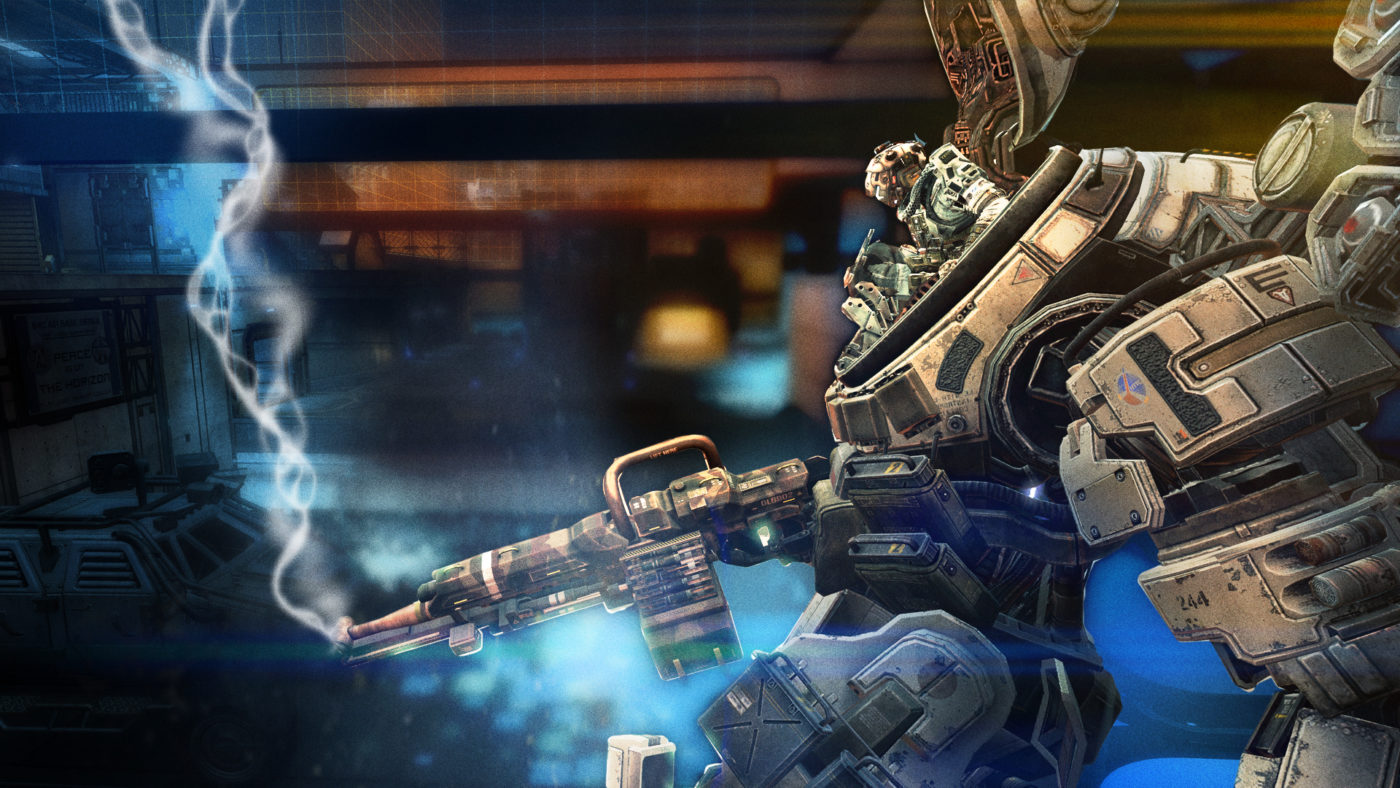 Titanfall‘s biggest game update yes is arriving on Xbox One and PC tomorrow, Xbox 360 at a later date.

Frontier Defense is playable on all Titanfall maps, including all maps included in Titanfall’s three DLC packs.

Other Game Update 8 highlights include Ranked Play, new competitive game modes like Deadly Ground and Marked for Death Pro, 17 new Achievements for Xbox One (and, eventually, Xbox 360), and new graphics setting for PC.

The full list of changes is pretty massive, but you can check it all out below, courtesy of the official Titanfall website.

Join forces with up to three other players in this cooperative game mode to defend a vital objective from increasingly intense waves of AI combatants.

Test yourself! Ranked play will enable you to work your way through an increasingly challenging set of Tiers by out-performing other Pilots in battle. This is not an exclusive mode or playlist and it works in all standard competitive matches.

In order to obtain the metrics we need to finalize the details, this feature will be launching in beta form.

The beta will last at least through October. After the beta, it will be open to all players level 32 or higher. A new season of Ranked Play will begin on the 1st of each month.

In Capture the Flag if the timer runs out and the scores are tied, the match will go into Sudden Death. Respawning is disabled, the first team to capture the enemy’s flag will win.

For an additional challenge while playing the game, we’ve added 3 stars to obtain in each primary game mode of each map. The stars you earn persist forever and you only have to earn each star once. To earn the star just play a match and reach the indicated score requirement. There are a potential of 504 stars to earn, and new Titan Insignias to unlock for earning a total of 30 stars combined for a game mode. You can view the progress of all Map Stars, and their requirements, in the “Levels” menu under “Personal Stats”.

To improve coordination among teammates, we’ve added the ability to bring up a full map by pressing Right D-Pad or “M” on the keyboard.

7 new Titan Insignias have been added. 2 for Frontier Defense, 5 for Map Stars completion.

Instead of using your regular Burn Cards in Private Match, you now specify a set of Burn Cards for the lobby. Each player has access to a copy of this set and may make whatever selections they see fit.

This update introduces new Titan OS Voices to buy in the Black Market. Sid is aggressive and dominating, while Vanessa is warm and inviting. In addition, you can purchase Black Market versions of the Betty Titan OS in multiple languages.

Completing challenges can be hard, but on the Black Market, cheaters always win. This update lets you buy “Forged Certifications” which allow you to skip all five tiers of a challenge. You won’t receive any of the rewards for those challenges. Be careful, though—there is a new Xbox Live Achievement, “Too Legit To Quit” (0 points), to reach Gen 10 the old fashioned way—without skipping any regen challenges! Players who are already Gen 10 will also receive the challenge retroactively. Skipping a challenge that is not a regen requirement will not affect the achievement.

The floor is covered in deadly electrified fog! Play a variety of maps in Hardpoint, Capture the Flag and Marked For Death while staying off the ground. Deadly Ground is scheduled to launch as the new featured game mode on November 5th.

Gotta pop ’em all! Are you a bad enough dude or dudette to get all 2000 cheevo points?

Got the GPU horsepower to take your game to the next level? Switch on HBAO for increased realism and shadows, and if you’re rocking a supported NVIDIA GPU you can also enable TXAA (2X or 4X) for increased fidelity.

The load screen now displays the correct map name and game mode as early as possible. We managed to remove the delay before the next level showed up, and fixed bugs where the previous map and gamemode showed up in the load screen instead of the correct values.

When abandoning a daily challenge, the selection will no longer return to the top of the list.

Changed the music that plays on the last round of LTS.

Some item prices have been adjusted to align better with the rate at which people earn Credits.

During the countdown, the player who will be marked is highlighted to his friendly teammates by an in-world icon and a minimap icon.

When you become the marked player, you now gain full minimap vision. (Previously, it gave you minimap vision of all players, but not AI). We’ve added a visual callout for this in the form of a bonus Burn Card indicator.

This is now disabled for use in Last Titan Standing.
Decreased the amount of time between using the card and respawning.

The “Burn Card Cancelled” message has been modified to indicate if the killed player was actively wielding an amped weapon at the time of their death.

You will no longer earn Burn Cards from kills if your total deck size has fewer than 16 free slots. You will still earn Burn Cards for all other activities such as completing challenges or successfully evacuating. This is to protect against excessive Burn Card overflow.

Toned down frequency of VO that tells you if the score lead has increased or decreased.

Shots fired without silencers will now make you appear on the minimap of all enemy players. Previously this was only up to a distance of 4000 units.