With the Star Wars Battlefront II beta now over, we’ve finally had time to let it all sink in, and see if there’s something we want changed before release. Short answer is: yes, we do! While we can’t possibly touch on every little issue the beta had, we can list down the top five most glaring issues we want to see fixed for launch.

Do note that some of the “issues’ we have were addressed by EA in its official statement thanking Battlefront II beta players. We still included them given we don’t exactly know how and in what capacity these fixes will be. 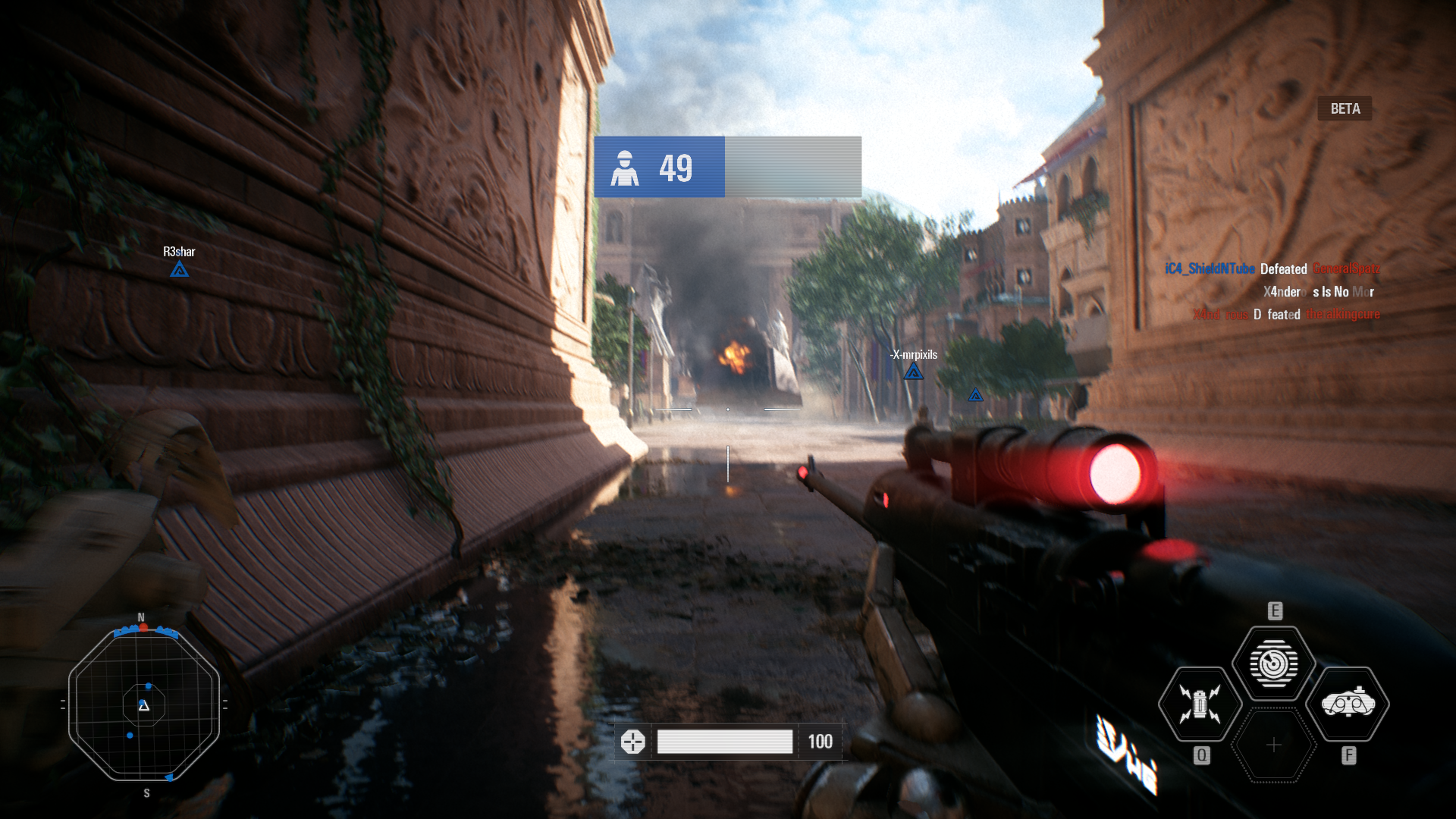 Ever see that wavy, weird effect in the Battlefront II beta? Not a fan? Yeah, I’m not either. It’s called “chromatic aberration,” and Wikipedia states it as:

In optics, chromatic aberration (abbreviated CA; also called chromatic distortion and spherochromatism) is an effect resulting from dispersion in which there is a failure of a lens to focus all colors to the same convergence point.[1] It occurs because lenses have different refractive indices for different wavelengths of light. The refractive index of transparent materials decreases with increasing wavelength in degrees unique to each.

It’s more noticeable on 4K TV sets, and it makes the picture unfocused. Hopefully, this can be turned off in the final version. Heck, even the Battlefront forums are in uproar about it.

Give us the option to turn it off, DICE…we’re begging you!

Squads and What They’re for Really 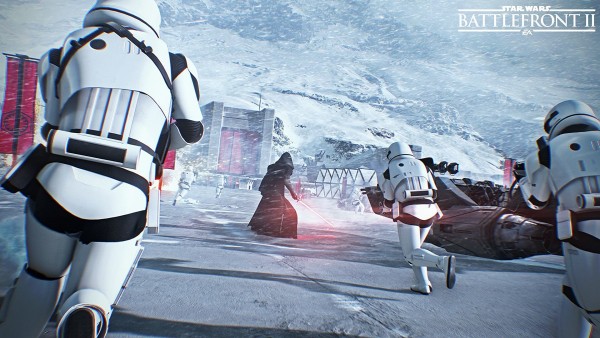 During the beta, players could spawn with a (their?) squad. While it says that players should stick close to their squad in order to gain an advantage, it’s not really explained how. Are there damage buffs? Faster movement? After hitting the level cap in the beta and playing for hours, I still don’t know.

Also, how are squads chosen anyway? It seems players spawn into different squads after every life, which makes the entire thing pointless. The only advantage I saw is when you spawn as a squad and it makes the countdown timer go faster.

No doubt about it, the Officer class in Battlefront II might be the most underused in the beta, and for good reason! For lack of a better word, the class kinda sucks. His main ability, the turrets, are too weak. I don’t even remember seeing anyone die from it in all my time playing. At best, it’s a “guard” to let the turret owner know that someone’s attacking the objective?

And forget about his main ability of buffing teammates. I don’t notice it being done, and I don’t see people doing it either.

Give turrets a boost (not too much though) and maybe rethink his main ability (L1+R1)? When I played the Star Wars Battlefront II beta, I had a few instances of where I couldn’t even see my crosshair. At first I thought it was just me being a noob, but checking online, it wasn’t just me! Fortunately, DICE seems to be on the case, but until we see it in the final version, I’ll still bitch about it since it makes hitting your target, which is like what 90 percent of the game is about, a pain.

Loot Boxes Should Be Complementary to the Progression, and Not BE IT 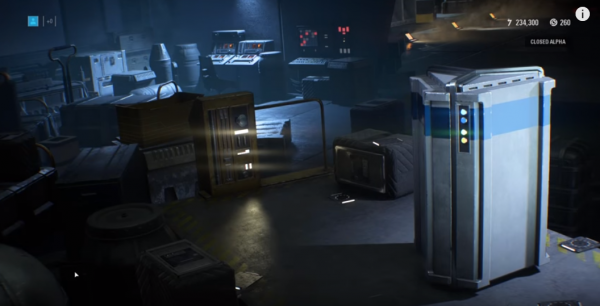 Look, we get it, EA needs to make some money post-launch. And with Battlefront II not having a Season Pass at all, the publisher needs to pull those funds somewhere, right? Loot boxes are in the game whether we like it or not. Personally, if it means we won’t see map packs, and Season Passes, then loot crates are fine.

What’s not fine is locking away Star Cards and other game-affecting stuff behind it. Thankfully, EA has (sorta) listened to the outpouring of hate surrounding it, but until we see it in action, we can’t say for sure. Let’s say DICE is being forced to implement this; what they can hopefully do is make sure loot crates are part of the progression but not the main focus. I mean, what’s better? Leveling each class up, unlocking stuff, and earning weapons and gadgets OR getting credits every match, and using said credits (once you have enough) to buy a loot box that you have no clue what’s inside? Easy choice, right?

I can’t stress this enough: please have loot crates be an addition to the gameplay and progression loop rather than be the focus of it.

That’s it, basically. Did we forget something? What do you want to change in the final version based on the Battlefront II beta? Share your thoughts in the comments.

Star Wars Battlefront II will be out this November 17 on the PlayStation 4, Xbox One and PC.