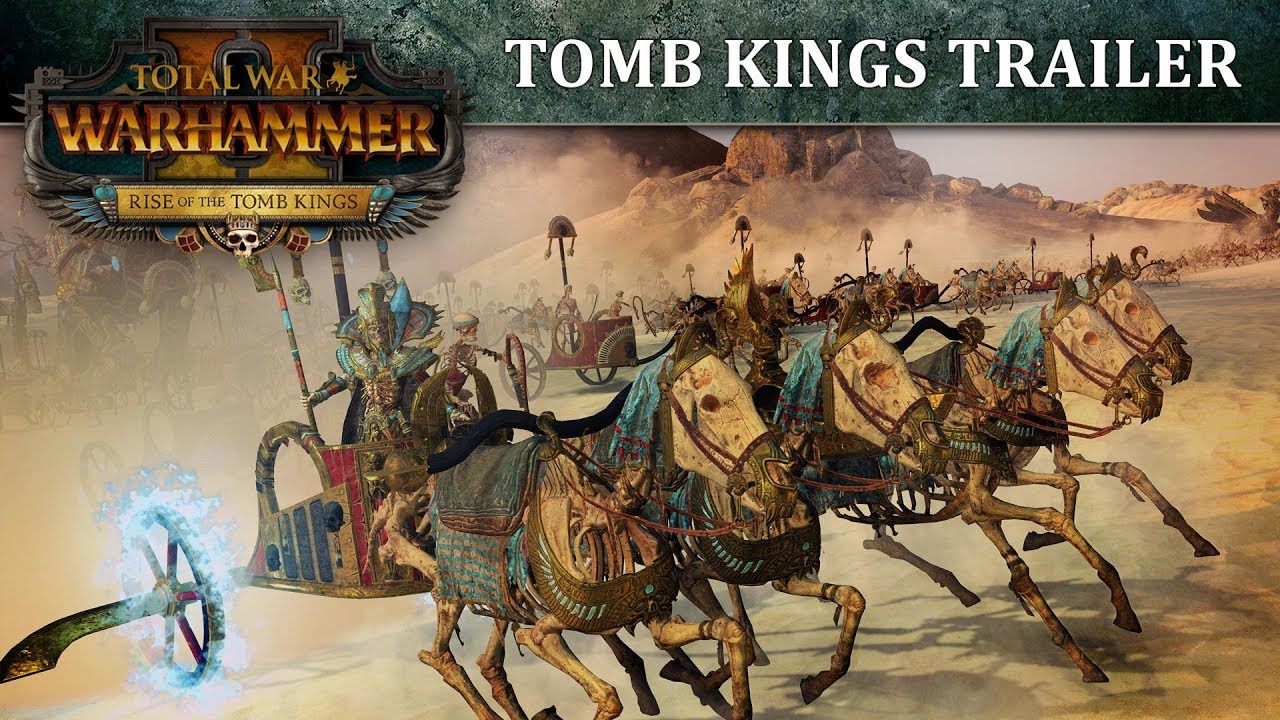 New Total War: Warhammer 2 DLC is coming, Sega has revealed. Named “Rise of the Tomb Kings,” the expansion is a new Campaign Pack, which “introduces a brand-new race to the fold.” It’s set to launch on January 23, and is currently available to pre-order on Steam with a 10% discount.

Here’s the highlights of what the DLC features:

– Uncover the mysteries of the past by researching the Nehekharan Dynasties

And here’s the official reveal trailer:

Across the arid wastes of once-proud Nehekhara, legions of skeletal warriors and vast, terrifying constructs rise from the sands to serve their ageless masters. The Tomb Kings have awoken – to rebuild their glorious empire anew!

For more information on the Rise of the Tomb Kings DLC, check out the developer FAQ right here.

Are you hyped for a new adventure? Let us know!

– Report: Xbox One to be Compatible With PC Accessories