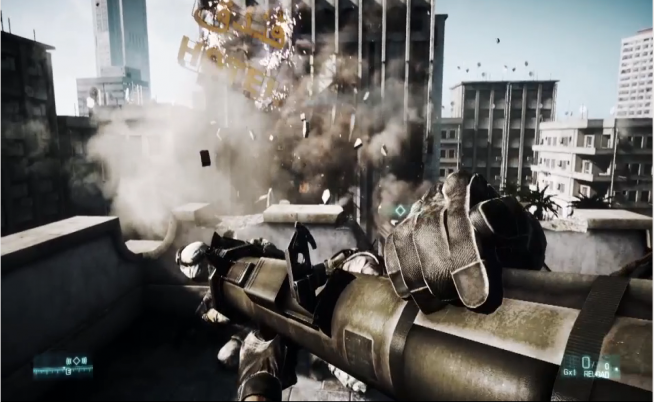 This article serves as an update to our earlier piece, Less Destructible Environments in Battlefield 3? DICE Explains

In this article, we looked at Karl-Magnus Troedsson’s interview with IGN where at one point, he talked about adding more indestructible cover in Battlefield 3. This was for many gameplay reasons, including making it easier for defenders in the Rush game mode.

For example, as many of you know, in Battlefield: Bad Company 2, some MCOM stations were inside destruction 2.0 houses which meant that these houses could be completely toppled, thus destroying the MCOM station inside. Some could argue that this was a “cheap” tactic used to destroy these stations, especially when someone could sit at their spawn in a tank with the optic vehicle perk and spam the house from great distances, leaving the defenders rather helpless.

As for the update, in a tweet yesterday, Alan kertz, aka @Demize99 mentioned that “[DICE] decided not to have crates in D2.0 buildings in BF3. But the buildings can still come down.” This seems like a fair decision which could ‘level’ the playing field (excuse the pun). This should also put many Battlefield fan’s worries of there not being any fully destructible buildings to rest.

modernwarfare4.com Wants You to Play Battlefield 3