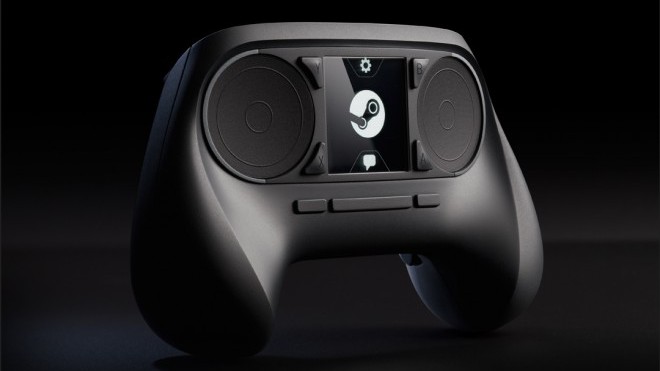 Designed to work with all Steam games; past, present and future, as well as with the recently announce SteamOS and Steam Machine, Valve today has introduced the Steam Controller.

“We set out with a singular goal: bring the Steam experience, in its entirety, into the living-room. We knew how to build the user interface, we knew how to build a machine, and even an operating system. But that still left input — our biggest missing link,” Valve writes in Part 3 of their big reveal for the future of living-room gaming.

“We realized early on that our goals required a new kind of input technology — one that could bridge the gap from the desk to the living-room without compromises. So we spent a year experimenting with new approaches to input and we now believe we’ve arrived at something worth sharing and testing with you.”

Interestingly, the Steam Controller features two track pads, which are also clickable, instead of dual joysticks. Valve claims they “allow far higher fidelity input than has previously been possible with traditional handheld controllers.”

Taking into account the concern of lack of visceral feedback with a “light touch” trackpad, Valve has introduced a “new generation of super-precise haptic feedback, employing dual linear resonant actuators. These small, strong, weighted electro-magnets are attached to each of the dual trackpads. They are capable of delivering a wide range of force and vibration, allowing precise control over frequency, amplitude, and direction of movement.”

The center of the controller is touch-screen enabled, also clickable, which “allows an infinite number of discrete actions to be made available to the player, without requiring an infinite number of physical buttons”. There are a total of 16 buttons on the controller, half of which are accessible without the player having to lift their thumbs off the track pad, and all of which are symmetrical, making it an ambidextrous piece of gaming hardware.

It is also possible to configure buttons and controls using the configuration tool, while legacy mode allows the controller to present itself as a keyboard and mouse. 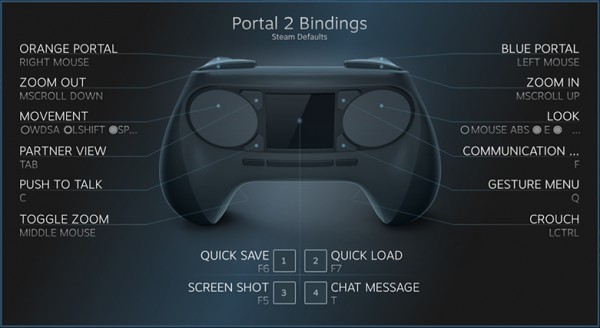 The controller was also “designed from the ground up to be hackable.” Valve writes, “just as the Steam Community and Workshop contributors currently deliver tremendous value via additions to software products on Steam, we believe that they will meaningfully contribute to the design of the Steam Controller. We plan to make tools available that will enable users to participate in all aspects of the experience, from industrial design to electrical engineering.” 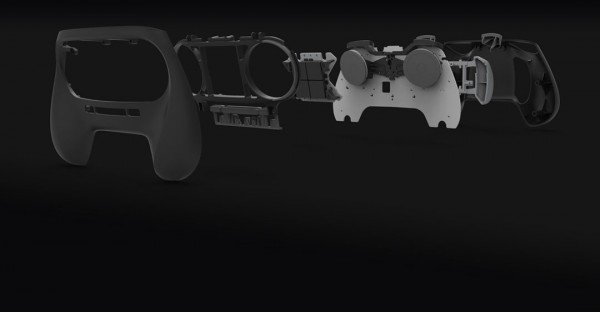 Individuals selected to participate in the Steam Machine hardware beta program will receive a wired Steam Controller, but without the clickable touchscreen, which will be replaced by four buttons instead.

What’s your take on this radical redesign of the traditional gaming controller? Is Valve on track to take over the living-room with their Steam Machine, Steam Controller and SteamOS combo?

Leave your thoughts in the comments!