Browsing tag: Rise of the Triad 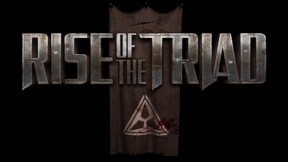 News 5 Fans of the arena-style shooter Rise Of The Triad can now look forward to some pretty interesting new content as of today. That is, of course, the addition of the five best community-created maps as well as a new multiplayer character, Shadow Warrior’s protagonist Lo Wang. The new character and maps will be available to […]

Rise of the Triad Patched and Running like Butter, Almost News 7

News 7 A couple of weeks ago, I reported on the then newly released Rise of the Triad, a reimagining/update/reboot of the 1994 original (a classic of the FPS genre).  Despite it being an exceptional game, it also had exceptional issues. However, as of patch 1.0.2, I’m happy to report that ROTT, while still not the glitch-free […]

Rise of the Triad is out, and it’s Ludicrous (in a good way), sort of News 11

News 11 So a small development team by the name of Apogee Software released their baby today, Rise of the Triad, in all it’s early 90s glory For those of you itching for a fast paced, old school arena shooter, THIS is the game to buy, sort of. With any indie title made on a shoestring budget […]