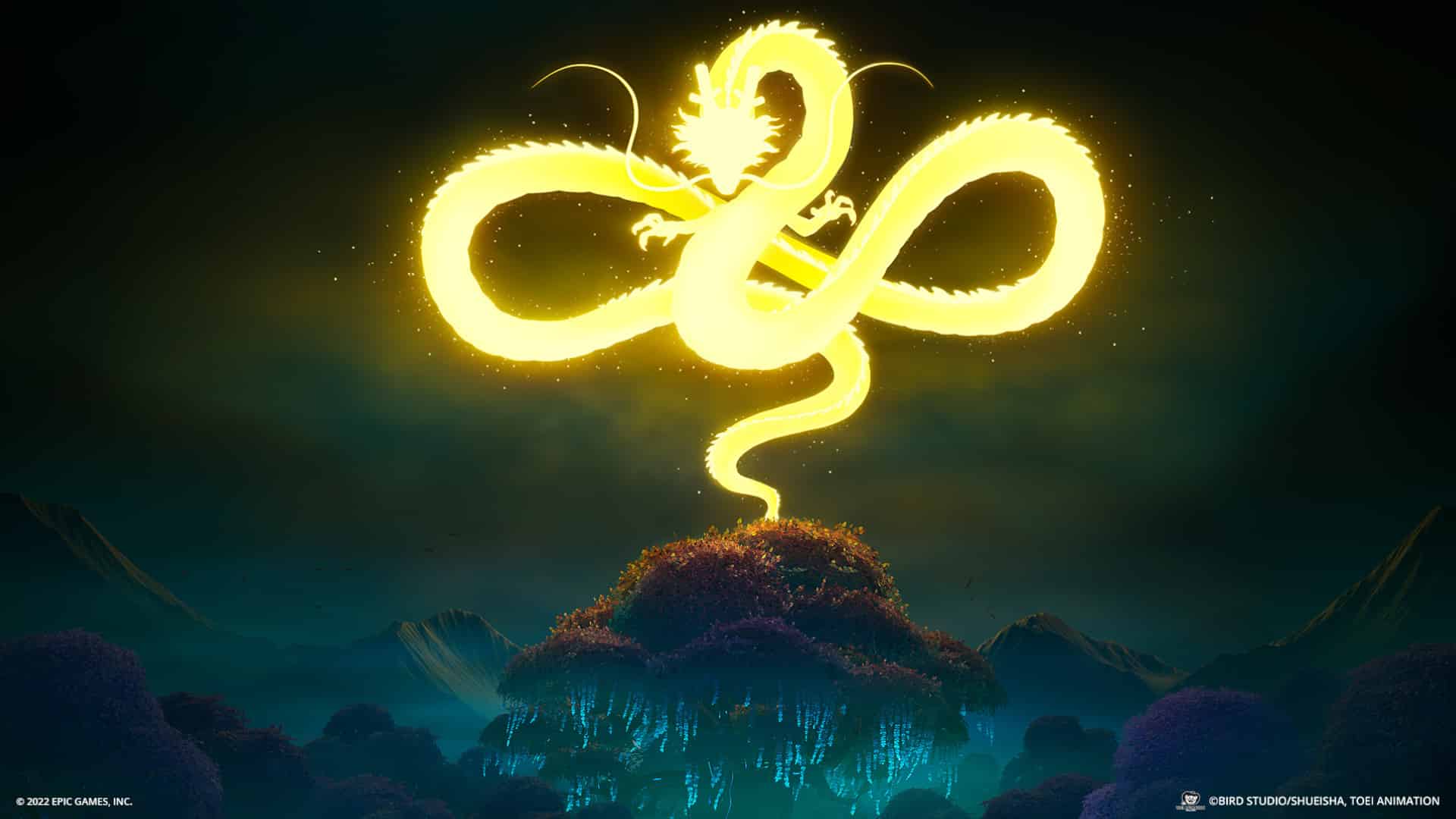 Epic Games has released Fortnite update 3.65 (PS5 version 1.000.075), which is for v21.40. This patch will add the Dragon Ball crossover content announced yesterday. Read on for the Fortnite August 16 patch notes, as well as datamined content spotted.

Power up in Fortnite Battle Royale v21.40 with Fortnite x Dragon Ball, the return of Lazy Lagoon and Pirate Cannons, and a renovated Tilted Towers! Read below for more details: 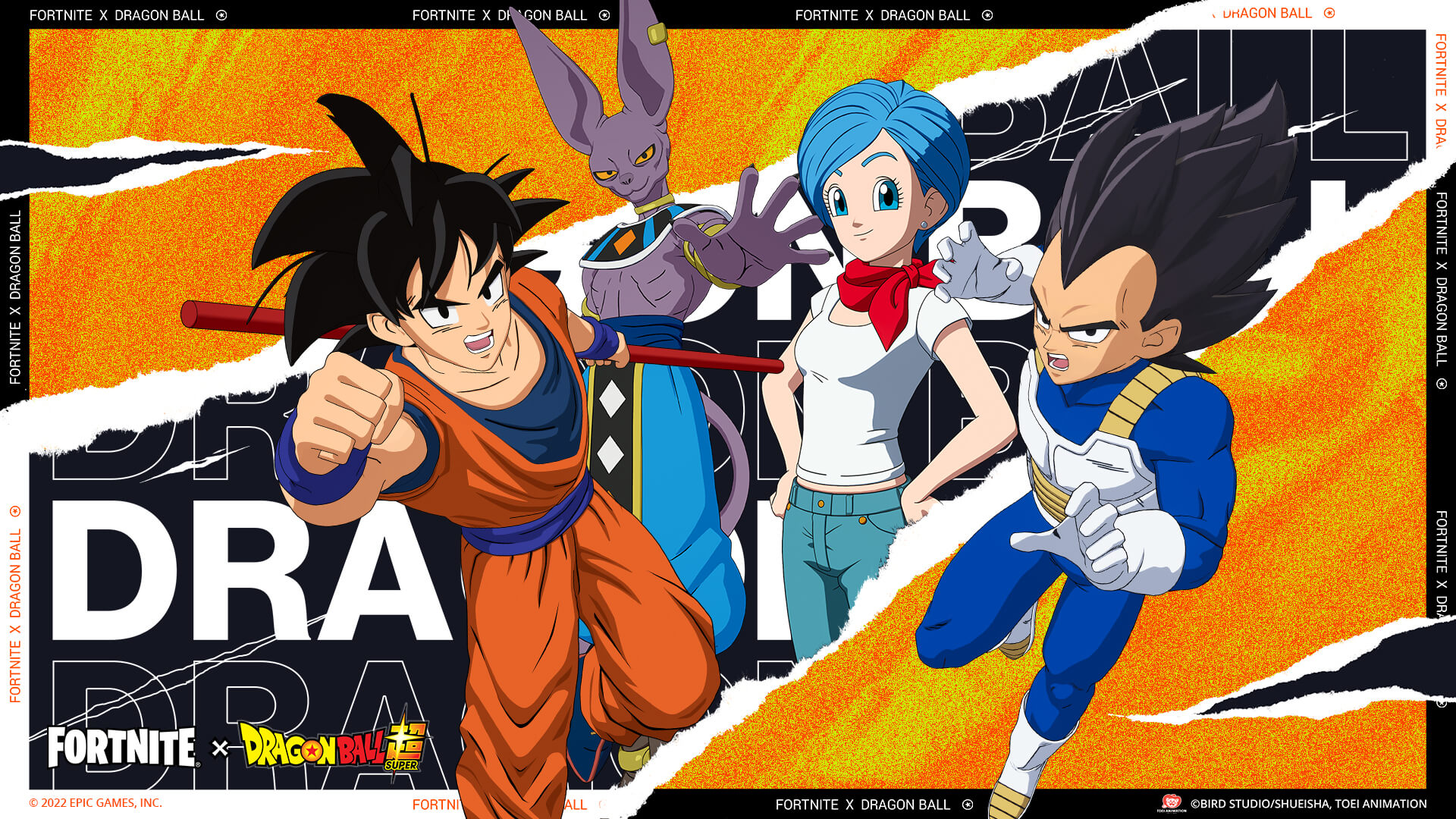 AVAST AT LAST: LAUNCH YOURSELF AT LAZY LAGOON

The Reality Tree has transformed The Daily Bugle into Lazy Lagoon! Show off your sea legs in this remix of a classic POI.

Lazy Lagoon’s return also means the return of Pirate Cannons, so gather a crew of two or heave ho solo. If you have all hands on deck (you and a teammate), one player can steer this swashbuckling vehicle while the other player braces in the barrel. The player in the barrel can control the barrel’s direction then launch themselves at any time. Aim where you see a faraway coffer or safety from a pillage.

What if you’re buccaneering by yourself? If you’re steering the Pirate Cannon, you can launch an endless amount of cannonballs (with a cooldown between each shot). Alternatively, you can enter the barrel and launch yourself farrr (sorry).

Thanks to all who helped rebuild Tilted Towers during No Sweat Summer! With the three voting windows complete, the previously destroyed sites have been occupied by the following construction projects: 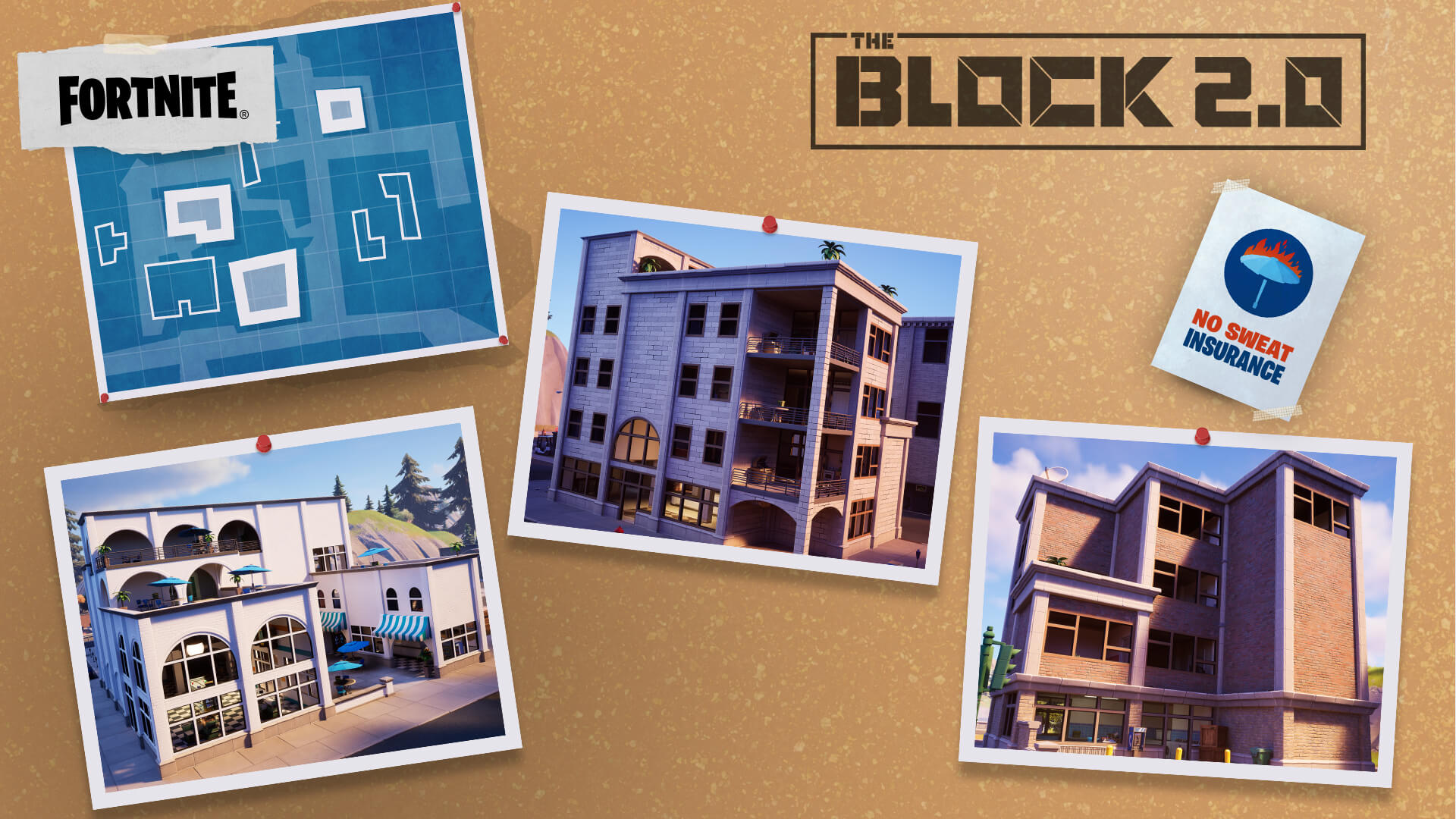 Congratulations to the above three winners of The Block 2.0 voting and everyone who submitted entries to help rebuild Tilted Towers!

Please note that toggling this option on may drain the power of your device and/or increase the heat output. When this happens, the FPS will be reduced.

Players whose device previously had 90 FPS available will find the option has been re-enabled on their device.

One of the first things we know about today’s update is that Epic Games is adding Dragon Ball Z and Dragon Ball Super content to Fortnite for the very first time. Many licensed characters have been added to the game over the years, but now it’s Dragon Ball’s turn.

Thanks to Twitter leaker @ListyPhoenix619, Goku is seen as a playable character. Other characters seen in the poster are Beerus, Vegeta and even Bulma.

It looks like Japan has confirmed the Dragon Ball X Fortnite collaboration with this poster, I can see on the bottom left corner that Goku is holding Whis's staff which is most likely the staff will go with Beerus's set. #Fortnite #DragonBall #DragonBallSuper pic.twitter.com/XQqaSW86tC

The Halloween Broom Mythic will be reskinned into a Flying Nimbus Mythic! pic.twitter.com/aB1jGhSa1z

Cannons are back at the Daily Bloomgle (The Pirate Ship) pic.twitter.com/bFoLwLJIG6

The smoke effect of mechs dropping from the sky has been updated, and Epic been working on a new Mech-like vehicle recently. Could be something for Season 4! pic.twitter.com/wmgLul2fWw

All Goku Styles In-Game (HUGE thanks to @Not0fficer for the help) pic.twitter.com/w09ehfhNCW

The wolverine claws pickaxe that will be rewarded for Issue #3! pic.twitter.com/YDhWvHnEDR

We’ll be updating the post throughout the day, as more datamined content is known. Once we’re done, we’ll add an “update” to the headline.

Fortnite Down and Matchmaking Disabled to Prep for v21.40 Roll Out This August 16