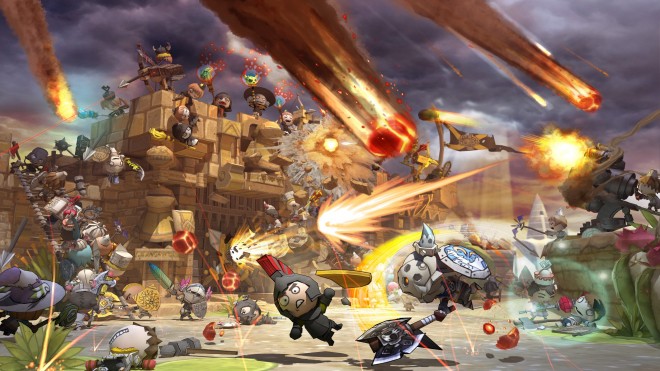 It appears that Xbox 360’s popular free-to-play title, Happy Wars, is coming to the Xbox One, as announced during the Microsoft E3 conference.

The new Xbox One version will have some pretty neat features such as being to play with players on both the Xbox 360 and Xbox One. In addition to featuring cross play, Happy Wars will also include four player split-screen multiplayer, new characters and new gameplay.

Check out the announcement trailer for Happy Wars below:

Still no release date as to when we can expect Happy Wars to be available to download on the Xbox One.