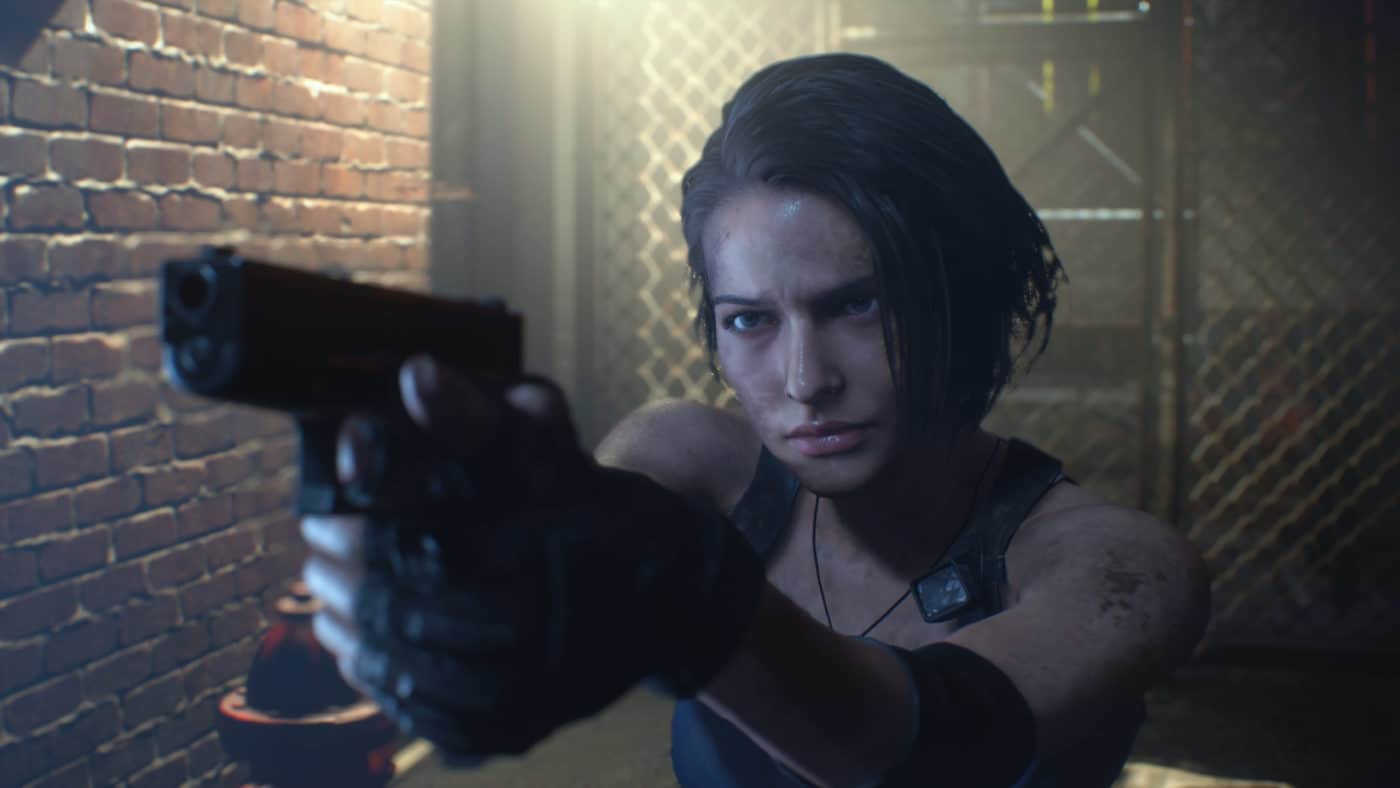 In a press release, Capcom announced that the Resident Evil 3 Remake demo is out this March 19 for PS4, Xbox One, and PC gamers.  Called the Resident Evil 3: Raccoon City Demo, it’ll let players play as Jill Valentine, as she teams up with Carlos Oliveira and the Umbrella Biohazard Countermeasure Service (U.B.C.S.) to evacuate civilians from a crumbling Raccoon City. The demo will be available on March 19 at 12 a.m. ET on Xbox One, and at 1 p.m. ET on PS4 and PC.

In the demo, Capcom has a Mr. Charlie scavenger hunt tucked away! There are 20 Mr. Charlie status strewn across Raccoon City, and players will have an on-screen counter to keep track of the acquired statues they get during their playthrough.

If you absolutely do not want anything spoiled for you and want to play the game fresh when it launches this April, perhaps you’d rather play Resident Evil Resistance? Capcom’s 4v1 asymmetrical multiplayer experience included with Resident Evil 3 Remake will be in open beta starting March 27. Players will have the option to take on the role of Daniel Fabron, who’s one of the game’s four Masterminds. If that’s not your cup of tea, players can also band together as one of the Survivors who each have a unique ability to help their team escape traps and other dangerous stuff before the time expsires. The Resident Evil Resistance beta starts March 27 at 3 a.m. ET on the Xbox One, and 1 p.m. ET on the PS4 and PC. The open beta will be available until the game launches on April 3, 2020.

In other Resident Evil 3 Remake news, the game won’t have multiple endings. You can watch the latest trailer of the game right here.