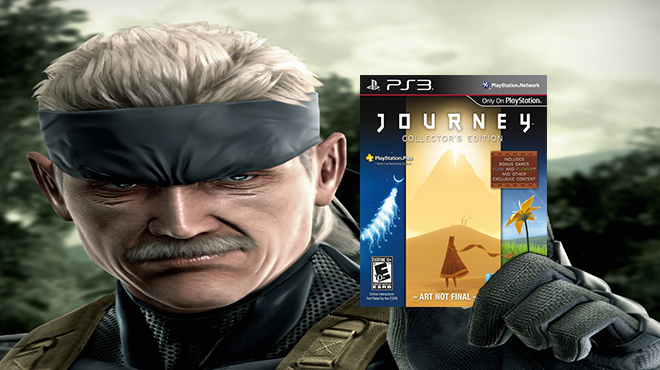 Ah, yes. The season of first-person shooters releases is nearly over. With most of you guys having spent the past few month completely submerged in FPS games like the Call of Duty, Halo or the Battlefield series, now might be a good time to come up for a gasp of fresh air and check out some of the other multiplayer offerings the plentiful gaming world has to offer.

Listed in no particular order, here are a few older and more recent multiplayer titles that you may have missed out on in the past few months that are definitely worth checking out.

Both Super Smash and PS All-Stars have found a good place in my heart. I love the idea that we can take our favorite characters and mash them up with others in a 4-way brawler. Super Smash Bros., which is exclusive to Nintendo consoles, features characters such as Mario, Samus, Donkey Kong, and oh so many other memorable Nintendo characters.

On the other hand, the more recent PS All-Stars, a somewhat similar title, features a few memorable PlayStation characters along with an arsenal of third-party characters such as Big Daddy, or Metal Gear Solid’s Raiden. Although many rate it as a “rip-off” to SSB Brawl, looks can be quite deceiving at times.

What a perfect title for those who want to experience a truly open-world sand-box where your imagination can run wild. I’m just going to let the guys over at Mojang explain more about this title.

No, I didn’t forget about you racing fans. There are plenty of well supported racing titles out there, with the most recent being Criterion Game’s Need for Speed: Most Wanted. If your someone looking for a fast-paced, arcade-style racing game, then Most Wanted is for you. The game feels much like Burnout: Paradise, which isn’t surprising as the developers, Criterion, did develop Paradise.  Though GT5 came out a few years ago, it still holds much quality even today (not to mention new DLC still being released). Forza Horizon tried something a little new in the latest installment with open-world exploration, which you may enjoy. If you’re looking for something more along the lines of a simulator, GT5 for the PS3 or Forza Horizon for the Xbox 360 are your best bets.

Yeah. There’s truly is nothing like it. Though PC gamers have been enjoying mod tools for years, LBP does exactly that: allow console gamers to enjoy user-generated content. Taking it Online, you’ll find a huge variety of different levels. LBP, though it looks like a 2D side scroller, is actually every genre out there. It has racing, FPS adventures, RPGs. You name it and its there. You’ll never ever have to worry about lack of content since the community has over 7 million user-generated levels. That’s a lot to go through.

If you haven’t played Portal 2 yet, I highly recommend it. The single player is an absolute blast, and while multiplayer did worry many people, Valve managed to bring all the amazing aspects of the single player experience right into co-operative matches.

Maybe you’re someone who’s looking for something with a little more button mashing and skill level. Well, don’t worry. There’s a game for that too. Whether you love performing “Hadoukens,” knocking out a bear, or beating your friends to a bloody pulp, these three fighter series will nonetheless have you hooked and addicted to their robust gameplay.

Oh, yes. I am fully aware that this is indeed a first-person shooter, but truth be told, it’s far more than just that. You see, unlike all those other titles such as Call of Duty, Halo, Killzone, etc., Borderlands 2 takes the FPS genre and mashes it up perfectly with the role-playing-genre. While I enjoy the senseless killing going on in Pandora, my main focus with the title is trying to find better loot, leveling up, and completing side missions, which isn’t surprising considering these are the same aspects found in nearly all RPGs. In a way, I can compare it to Skyrim, though both are awesome in their own unique ways. The title is also crafted to work with up to 3 additional players, bringing a 4 player co-op experience like none other. More enemies, better loot, and more fun with the more players you have.

Who said multiplayer has to be competitive or about senseless killing. Journey, which is sadly only available for the PlayStation 3, takes players on an emotional journey through a world that boasts some of the best visuals around. If there’s one game out there that would most definitely prove that gaming is art, it’s Journey. So how does the multiplayer work exactly? Well, while it may seem like much of a bummer to know that you can’t play with friends, Journey pairs you up with a random stranger. There is no voice chatting, as it would ruin the core experience of the title, but in the end, playing with another player has never felt so rewarding.

You better have spare controllers lying around because your chance of breaking one is most definitely high. Battle tough bosses, collect loot, and campaign through one of the hardest titles ever to be released. Though the online system could use a little more work, co-op is a blast when playing with up to two (3 per world) other players.

So what titles do you plan on playing over the Holiday? Let us know in the comments!

If you haven’t yet, remember to vote for your favorite “Multiplayer Experience of 2012” in this year’s competition. We’ll be revealing both your and our picks in the New Year.