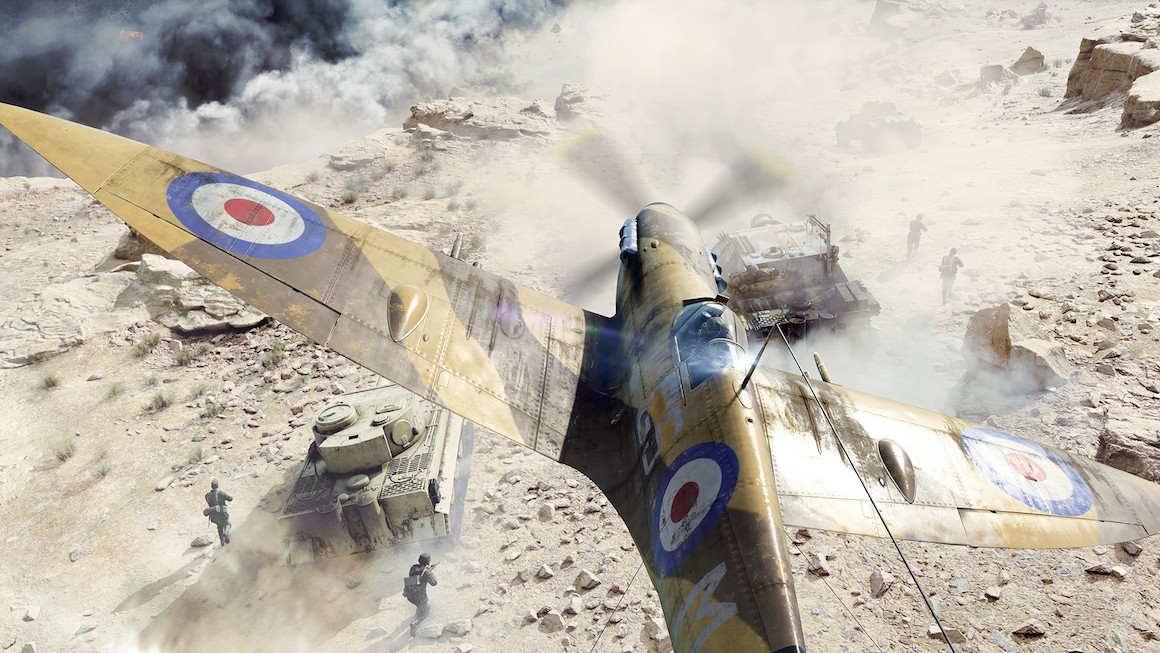 After a triple-staggered and confusing release rollout, Battlefield V has officially released on every platform with its standard editions. Rush, one of Battlefield’s most popular game modes, is noticeably absent from a main-line DICE developed title for the first time since its introduction. When I first heard this news, I was extremely disappointed. Rush had dwindled in popularity with Battlefield 4’s less linear maps and especially after Battlefield 1 came out with its massively popular Operations mode, which had a similarly linear layout, but, unlike Rush, it had a storyline, different ways of capturing objectives, and even end of round cut scenes with narrations. Operations had supplanted Rush as the go-to PTFO game mode. However, Operations matches tended to carry on, sometimes, for full hours at a time, which, if teams were not balanced, resulted in a miserable experience for members of the less skilled team. Rush was the mode that grabbed me in Battlefield. It was borderline perfection in Battlefield: Bad Company 2 and Battlefield 3. It holds a special place in my memories of Battlefield, and I am admittedly nostalgic for it. So what is the Battlefield V Rush replacement?

Upon downloading and installing Battlefield V, I began my search for a game mode that would scratch that same PTFO itch. I tried out Battlefield V’s new Grand Operations mode, which is now an even more eclectic mish-mash of maps and game modes. Indeed, Grand Operations offers a fantastically epic experience for gamers who want to play for hours on end with a full squad and compete in a variety of different ways. However, Grand Operations lacks the consistency and quickness that some gamers, such as I, might desire. Some players might find it odd for Conquest to be included in Grand Operations, as it generally plays more like a sandbox, slow-paced experience. Conquest, by its nature, unless played with organized platoons, will never be able to compete with more focused PTFO-friendly game modes. Additionally, some might find 64 players too chaotic when Grand Operations switches to such linearly focused modes. Switching between modes each round, Grand Operations constantly imbalances itself and, in attempting to do everything at once, does everything decently but far from great.

Back we go to my search for an alternative. I tried out the other new mode called Frontlines, which I enjoyed for its focused objective-based play. However, DICE did not properly test the mode before launch, and I frequently encountered game-breaking bugs in this mode that resulted in rounds carrying on for two hours, as it did not properly register when one team had won.

My search then came to Breakthrough, and I enjoyed my first match with it; although, I had joined late and, as I was playing during the deluxe edition early access, DICE had no dedicated Breakthrough-only servers. Presumably, attempting to allow all modes to be played by a smaller early-access player base, DICE chose to condense its less popular modes onto the same servers. When joining a server playing breakthrough, I had actually joined a server of Grand Operations that happened to be on the Breakthrough mode at that time. And it frustrated me that I could not truly try out this new mode.

Then, this Tuesday, the standard edition of the game finally released, and, with that, DICE at last created dedicated Breakthrough servers. I got to experience the mode as it was meant to be played with 16 VS 16 matches and on every map the game has to offer, and I am pleased to report that this mode is the Rush replacement that gamers like me have been waiting for.

The mode has a similarly linear structure as Rush had, in that teams begin at one end of the map and, if the attackers do well, progress through sectors to get to the other end of the map. It features all vehicle types that are available in Conquest, and, like Conquest, it has flag capturing as its objective. It varies by map and by sector, but in sectors, teams will compete to attack or defend control of 1 to 3 flags. The one-and-done M-COMS of Rush are gone, and this changes the dynamic of the mode more than one might think. Instead of single players carrying teams on their backs and playing the M-COMS by themselves, in Breakthrough, entire teams must work together to capture points. Furthermore, defending teams may retake objectives from attackers, so attackers must simultaneously control all objectives in a given sector to move on. It is tactical, focused, and dynamic.

While I may always hold a special place for Rush, Breakthrough might be even better. It is the Rush replacement that we needed, and Battlefield V’s maps are, with the exception of Devastation, well-suited and balanced for the mode. Players have many different play styles, but for the PTFO-driven player, I have to enthusiastically recommend that you give Breakthrough a shot.

If you haven’t done so already, be sure to check out our Battlefield V review.