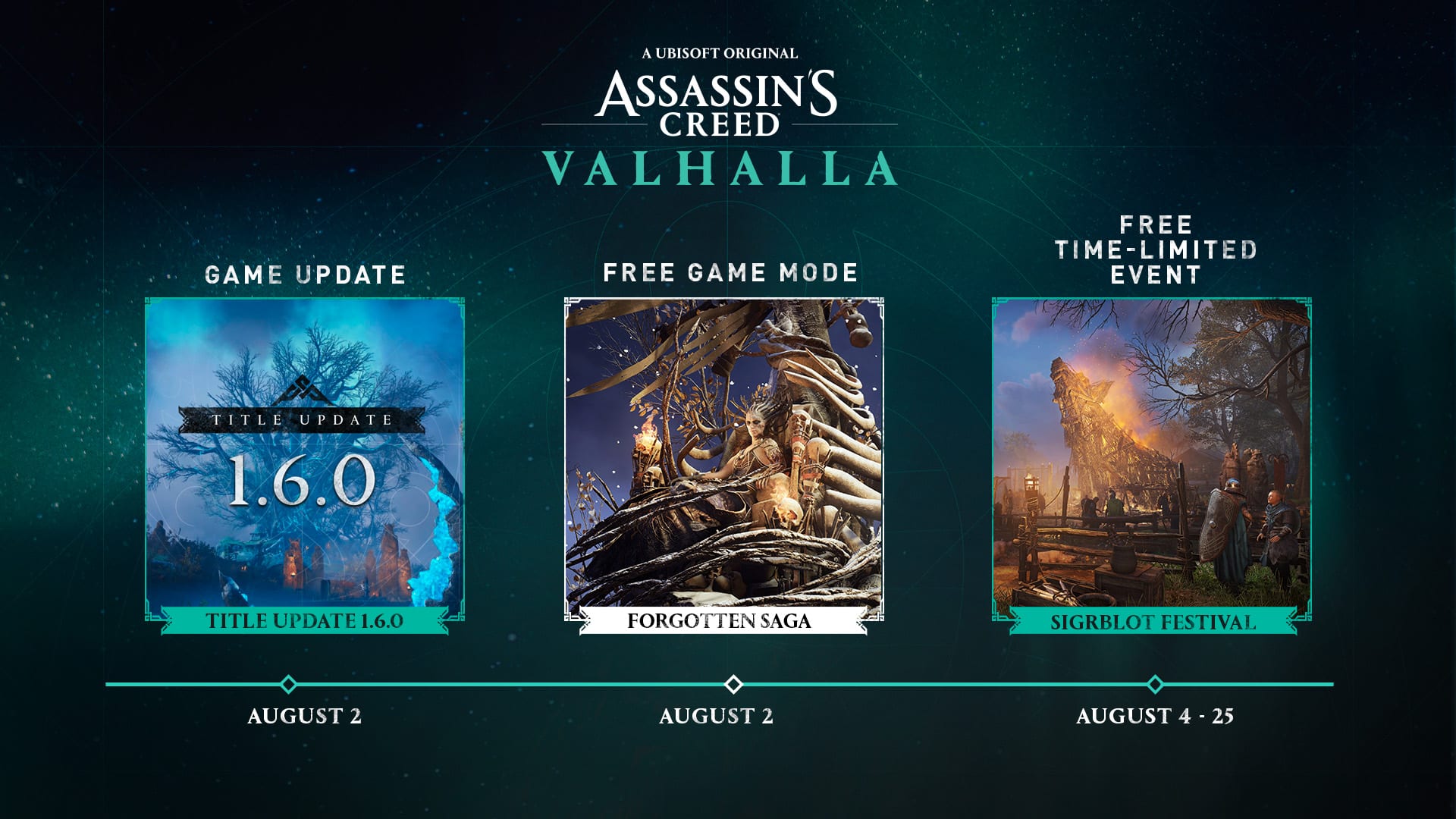 Ubisoft has finally revealed more details about the AC Valhalla upcoming update. Title update 1.6.0 will add a new free game mode on August 2 as well as a new free time-limited event starting on August 4 and ending on August 25.

The Forgotten Saga is the brand new free game mode. The mode will have Eivor delve into Niflheim as Odin to battle Hel, the daughter of Loki. He repeatedly infiltrates the realm of the dead as he attempts to rescue Baldr, his son, over and over again.

Get ready to dive into future content coming to Assassin's Creed Valhalla:

The free time-limited event is the Sigblot Festival, which is a returning event from last year. Players will get new exclusive rewards by exchanging their Sigrblot Tokens for items at Norvid’s Festival Shop.

AC Valhalla upcoming update, along with the new game mode as well as the event, will be available for all players who purchased the game and at no extra cost.

AC Valhalla is now available for purchase on Ubisoft’s website for the Xbox One, Xbox Series X/S, PS4, PS5, and PC.