by Ule Lopez
in News, Videos

The latest Arma 3 expansion pack has been announced by the developers at Bohemia Interactive. The First Contact expansion is scheduled for release on July 25, 2019 and will focus on a sci-fi campaign with extraterrestrial intelligence. This expansion will bring a new sandbox terrain, factions, weapons, vehicles, gear, and more.

The Arma 3 expansion “First Contact” story campaign is a single-player experience in which players will assume the role of NATO drone operator Aiden Rudwell, who is deployed to Eastern Europe as part of a military training exercise. He’s being sent to investigate a massive alien vessel that has suddenly entered the Earth atmosphere.

Something more important to note is that this campaign will focus more on non-shooting gameplay. This involves operating a mini UGV sampling laser and CBRN defense equipment to study strange alien anomalies, as well as controlling the electromagnetic spectrum with the aptly named Spectrum Device. The campaign will be centered on electronic warfare and reconnaissance rather than on straight up gunfights.

Of course, this Arma 3 expansion will also bring multiple additions to the game. One highlight is the massive new 163 km2 terrain set in the fictional Polish-speaking country of Livonia. This new location will also bring its own defense force and also bring the Russian Spetsnaz. Additionally, the expansion pack offers 5 new weapons, 2 new vehicles, extra gear, and much more.

There also will be a new collector’s edition for those interested in acquiring Arma 3. The Arma 3 Contact Edition bundles the base game (Deluxe Edition) and the Contact Expansion. Not only that, but the package also includes a rugged field case, topographic map, two-way radio transceivers, tin foil hats, and more. 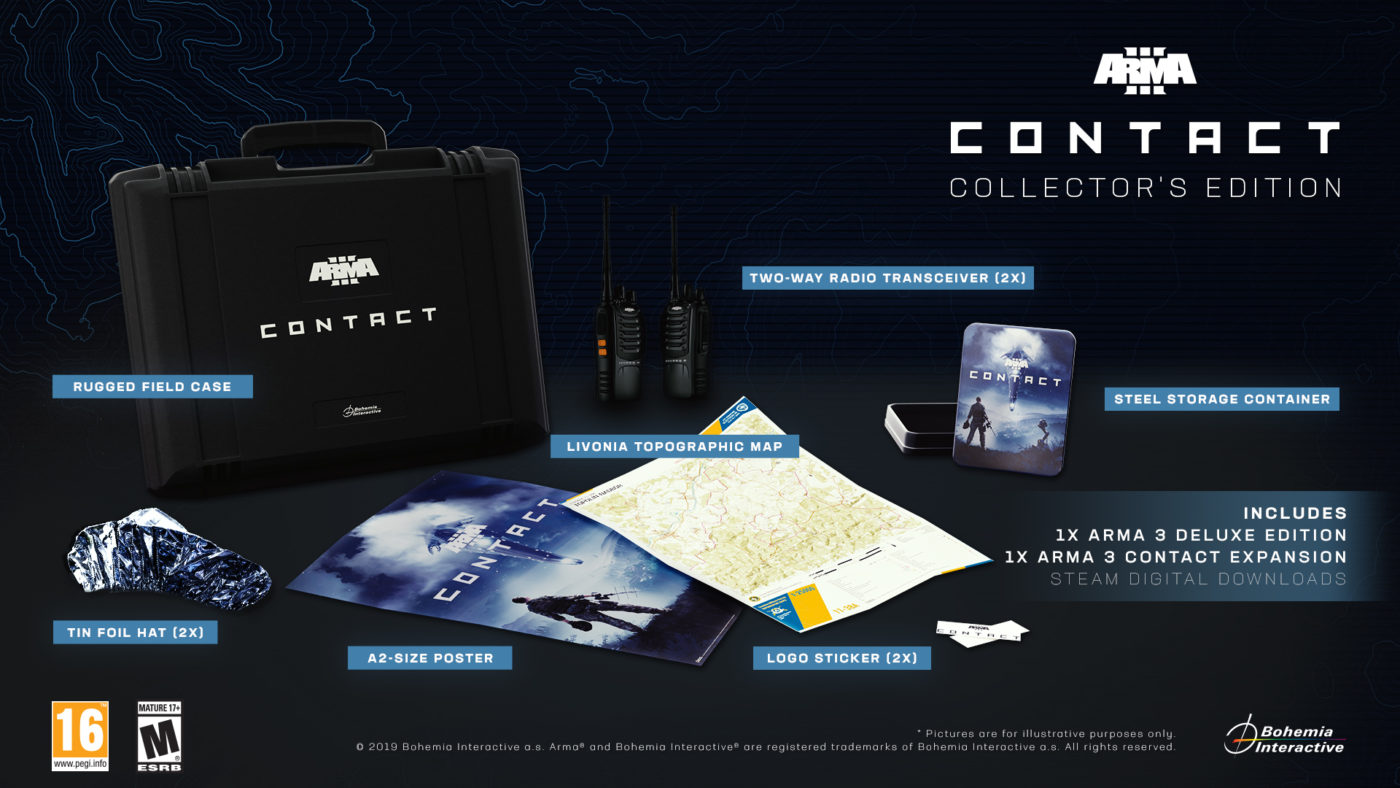 The Arma 3 Contact expansion will be distributed as DLC for Steam. Players can pre-purchase the expansion right now for $27.99 USD. Those who pre-order the game will have Sneak Preview Access to the Livonia sandbox map as of today.

The Arma 3 expansion also brings a new trailer for players to watch, you can watch the trailer below:

Arma 3 is now available for PC on Steam. The game is available at a price of $29.99 USD. The game has received multiple expansions since release and Contact will most likely not be the last.