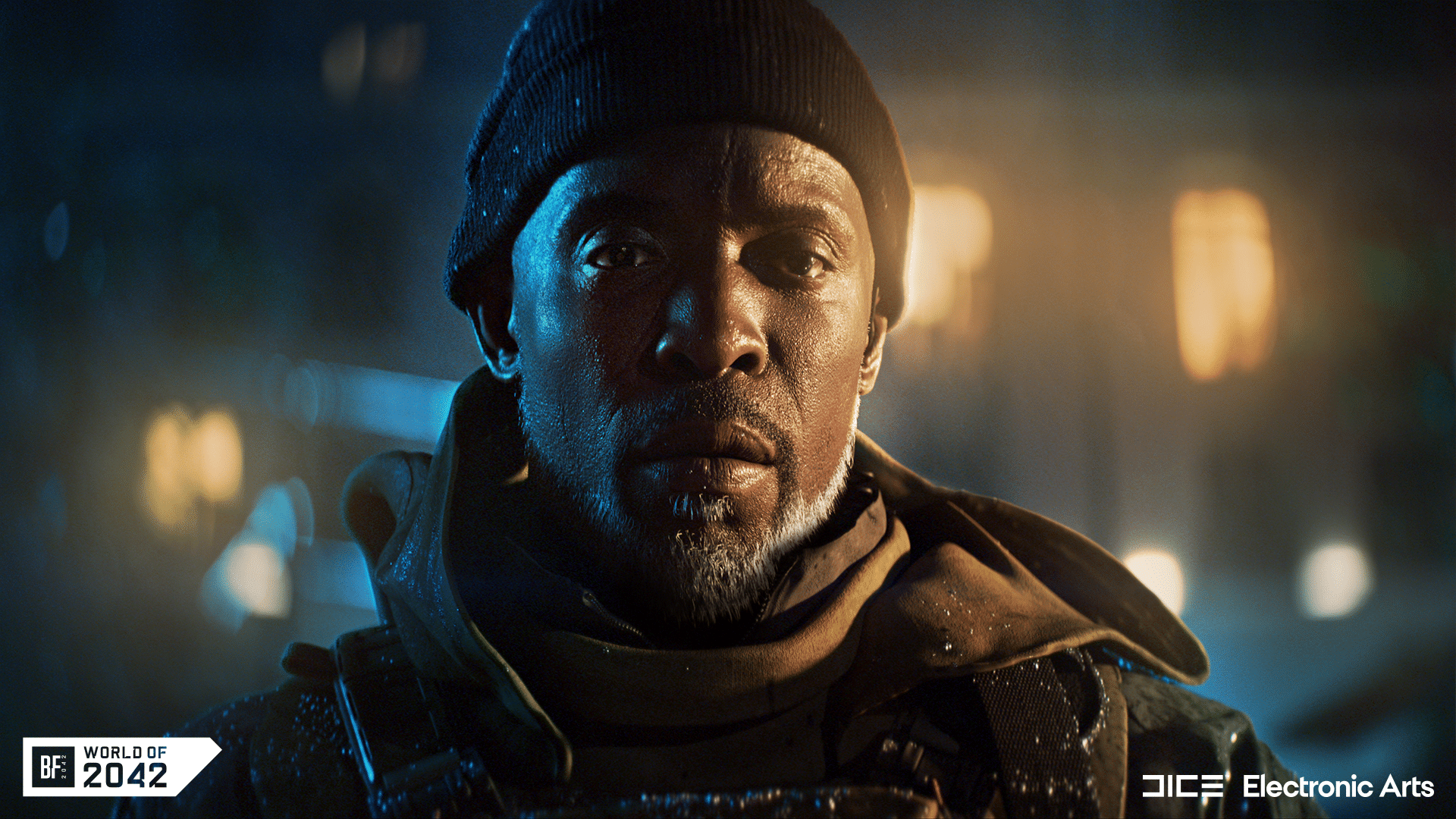 Following the reveal that Kimble “Irish” Graves is back for Battlefield 2042, EA has released a short gameplay clip showcasing the Battlefield 2042 Irish Specialist abilities! Check out how the deployable cover and his “Veteran” trait can help teammates in combat!

As an Engineer, Irish is a great asset to any team. His specialty is the Fortification System, which allows him to place two separate items into the world – the DCS Deployable Cover and APS-36 Shootdown Sentinel.

You can place the cover on nearly any flat surface, creating a small protective barrier that allows your allies to see out through its bulletproof glass. This barrier can protect you and allies from incoming fire until its health pool is depleted.  As Irish, you can place multiple covers on a map.

Need to revive someone? Protect yourself against a sniper attack in the open? Hold the capture point for just a few more precious seconds? Using multiple covers, you can create your own small outposts to help you buy time. Obtaining some medical and ammo crates and teaming up with Boris and his SG-36 Sentry Gun will allow you to build your own castle-like fort.

The APS-36 is a rocket’s worst nightmare. Once placed into the world on nearly any flat surface, it eliminates incoming explosive projectiles within proximity (grenades, rockets, etc), turning a once deadly weapon into a puff of smoke.

Placing the APS-36 next to a vehicle will give it automatic protection from incoming missiles while placing it behind cover can force the enemy to reposition in their attack. But beware: an EMP or savvy hack attack can put the system out of action.

Irish’s Veteran trait allows him to dig in and stay alive. He will always spawn with a small amount of body armor that can be replenished whenever he collects dropped ammo packs from defeated foes.

Hopefully, we’ll get more of these Specialist showcase videos leading up to launch!