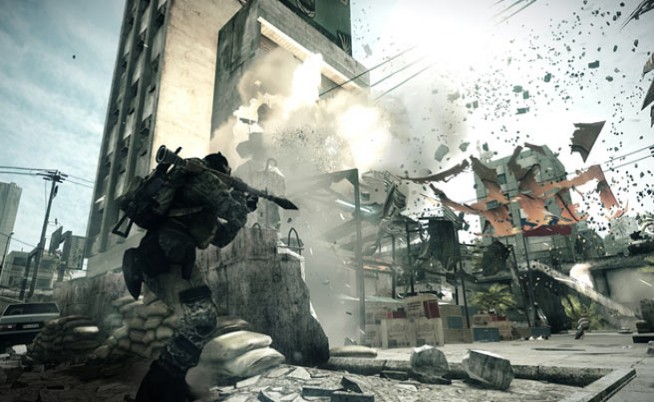 Though it’s been a while since we’ve heard anything about the possibility of a spectator mode or private matches making their way to Battlefield 3, some recent mumblings have been noted between the community and members of the DICE team.

While there still no confirmation on any sort of spectator mode becoming a reality, Daniel Matros, Global Community Manager, can at least confirm that it’s not an impossibility. When asked about the possibility of implementing a spectator mode, Matros answered, “we’ve talked about it a lot and there hasn’t been a definitive no.” Basically, “its not a yes and it’s not a no.” It’s been roughly five months since the release of Battlefield 3 and hopes are beginning to run low, but at least we can take safety in knowing that we have yet to hit rock bottom.

Over on the official Battlefield twitter handle, fans are asking if consoles will ever see private servers or have the ability to create private matches. While the initial response of “it has been noted and sent…” wasn’t much to go by, it was also mentioned that they “need a green light first.” Could this possibly mean that something is in the works and simply needs approval? Again, it’s not much to go by, but it leaves a glimmer of hope.

Tim Kjell, Gameplay Designer at DICE, also had a few things to say regarding private servers. When asked why it was decided that Battlefield 3 would not include private servers, Kjell clarified that “it was a time thing. We had more pressing issues to deal with and unfortunately didn’t have resources for that before launch.” Since it is after launch, perhaps more time can be allocated to creating such a feature? Kjell added that “there’s been tons of talk about it, but it’s nothing I can confirm at this point.” Commenting on the lack of updates from DICE and EA in general, Kjell let it be known that “most people at DICE that are on twitter want to say loads but simply can’t. Will update whenever possible.”

Meanwhile, make sure to read up on some of the latest tentative patch notes as well as some of the shotgun and Comrose 2.0 concerns that came along with it.

Do you think DICE will make it happen? Will Battlefield players ever be able to enjoy private servers and a spectator mode? Let us know your thoughts in the comments below!