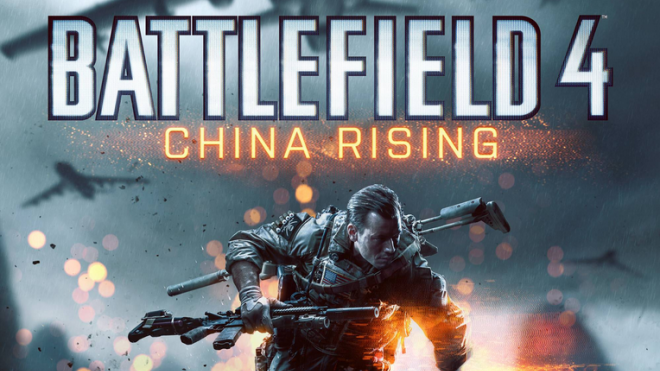 If the recently outed Battlefield 4 China Rising DLC Trophy/Achievement list is anything to go buy, the game’s first multiplayer expansion is set to reintroduce some fan-favorite game modes and vehicles as well as add a few new gadgets to the mix.

According to a PlayStation Trophy list discovered on PSNProfiles, China Rising will bring back a game mode and vehicle first introduced in Battlefield 3’s latest expansion, End Game. If the list rings true, both the Air Superiority game mode (like conquest but with jets only) and the Dirtbike vehicle will make a return in Battlefield 4.

The list also indicates that DICE will introduce the SUAV, a smaller, hand-held UAV that can be thrown into the air to circle the battlefield. It also happens to be a very recognizable gadget from Danger Close’s Medal of Honor: Warfighter, and just like the game, you’ll be able to throw it at peoples’ faces in Battlefield 4.

The bomber may also be a new air vehicle, if it isn’t just another wording for the attack jets already included in the game. 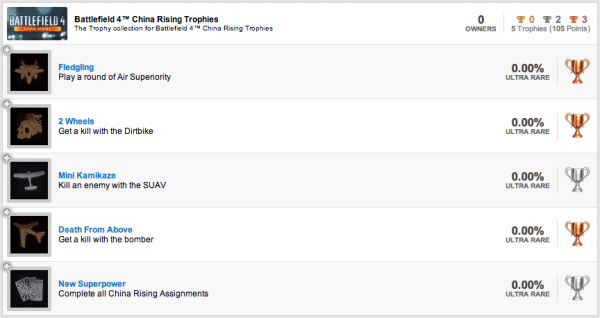 Sounds pretty exciting. Are you happy to see the return of Air Superiority and the Dirtbike? Let us know in the comments.

Thanks, Andy, for the tip!