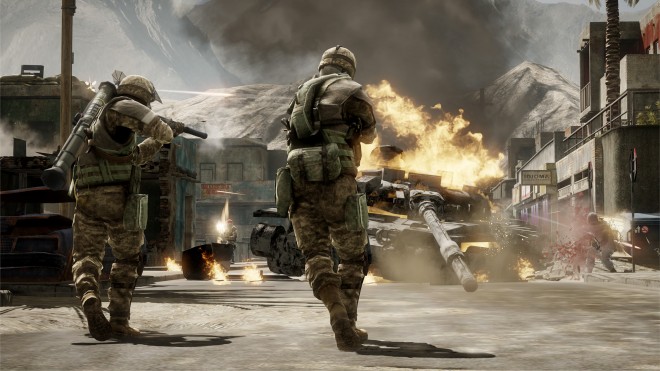 You may have heard that, only a few days ago, Battlefield 4 was officially announced by Electronic Arts – more accurately, access to the Battlefield 4 beta in Fall 2013 was announced as a pre-order incentive for the limited or deluxe edition of Danger Close’s Medal of Honor: Warfighter.

It seems Tornay has been busy managing reactions to this announcement. Only yesterday, he addressed concerns of pacing, ways to access the beta and fan-requested features that the team behind Battlefield 4 recognize as an essential part of their next project.

He also answers the burning question, “why not Bad Company 3?” – a title that many assumed was next in DICE’s line up of first-person shooters.

Tornay explains via Reddit, “I can tell you that it’s not due to any lack of love for BC inside of DICE. Everyone I’ve talked to there is very proud and fond of it.” He also goes on to ask “what features from BC would you like to see in future games (which is not to say we won’t make another)?” revealing that another title in the Bad Company series is not off the table entirely.

What would you have preferred, if anything else at all? Bad Company 3? Battlefield: 2143? Or, something entirely different? Let us know in the comments below!