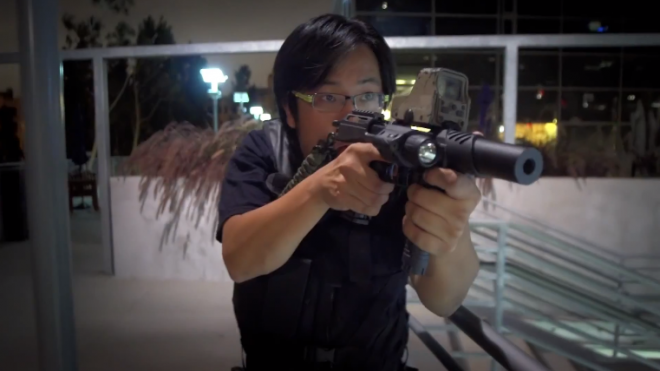 It was only a few days ago that we spotted a pretty darn big Battlefield 4 leak on EA’s Origin client, stating that access to a Battlefield 4 Beta would come with every pre-order of Medal of Honor: Warfighter Digital Deluxe Edition.

Well, leave it to pesky YouTubers like Freddie Wong to pre-maturely leak confidential information upon infiltrating the EA headquarters in Los Angeles. Check out how he accomplished his mission below.

In all seriousness, it looks like the Battlefield 4 beta access leak was, in fact, premeditated by EA as a marketing campaign to build hype for the the official announcement which made its way to headlines today.

Make sure to vote in our new poll on the right side-bar asking whether or not you are excited about the recently announced Battlefield 4!

Borderlands 2 – Length of Campaign Revealed, Details on the ‘Badass System’