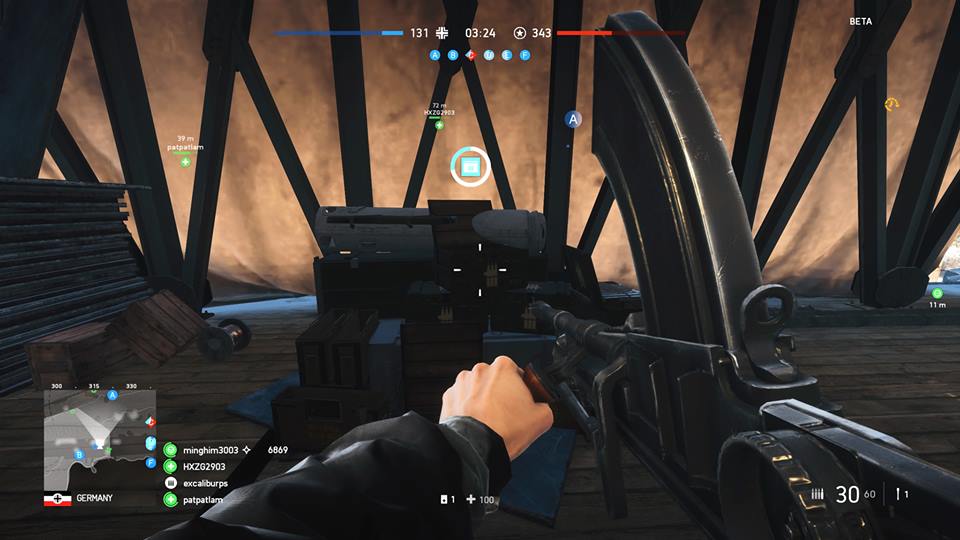 One of the biggest — if not the biggest — change in Battlefield V compared to past entries in the series is the Attrition system implemented by DICE that affects ammo and health. It’s such a big departure that the studio needed to address it once the beta was over given how many people felt it was a little too limiting, which includes us in our Battlefield V beta impressions piece.

Fortunately for those that found it a little too restrictive, DICE has listened to player feedback and is dialing the Attrition system in Battlefield V a bit! Not only that, but DICE explains why Attrition is good for the game, and even gave us tips on how to better maximize it.

How Does Attrition Change Battlefield?
We’ve designed this system of Attrition to give squad play and team work even more meaning – but that’s not all. Scarcity of bullets and medical supplies also makes the game more dynamic, encourages you to think on your feet, assess risks, and make choices in whatever situation you’re in.

After each encounter in previous Battlefield™ games, you were always quickly back at status quo with restored health and ammo. Now, situations will be special after each encounter. You may not have full health or ammo, so you need to act accordingly. Simply rushing for the next flag may not be enough – you need to change your tactic. Say you’re down to your last mag, should you play it safe or engage those two enemies you have a clear shot on?

DICE has also mentioned that while Medics didn’t know who needed health pouches in the  beta, that will change in the final game. Players will see icons and via the CommoRose communication wheel.

We’re improving in-game communication tools to make sure it’s clear when people are low on ammo and health, and when they don’t have a Health Pouch. This will be achieved through icons and the CommoRose, your in-game way of making your soldier shout info to other players. In the Open Beta, Medics couldn’t see if a player needed a Health Pouch, but we’ve already started addressing this.

Attrition also promotes less camping given snipers can’t just set up tent on a hill forever with their huge stacks of ammo and not move. This goes the same with tanks with unlimited ammo in previous Battlefield games. If you hated tanks that holed up somewhere and just kept “shelling” everyone with unlimited ammo, that’s a thing of the past in Battlefield V!

In case you didn’t know, downed enemies drop ammo pouches, which according to DICE, will promote movement for players. This is also useful for lone wolfers who don’t want to rely on Support teammates for ammo crates/pouches.

While we already mentioned it in a previous post, DICE has reiterated that they’ve dialed down the Attrition system for the final game. In the retail version, the amount of ammo you’ll spawn in with will be bigger than what you’ve seen in the beta. Not only that, but your max ammo pool will also bigger as well, and you’ll even start with a Medical Pouch so you don’t need to go directly to Resupply Stations once you spawn in.

DICE claims that some players might not even notice the Attrition system given they’ll die in the game before they run out of ammo. Advanced players wil though, since they’ll need to apply “some additional tactical thinking with the slightly raised skill ceiling.”

Finally, here’s a set of beginner and advanced tips regarding the Battlefield V Attrition system.

Beginner Tips to Adapt to the Attrition System
To finish, let’s go through some gameplay tips, straight from the DICE developers, on how to adapt to this system. We’ll start with some tips for newcomers:

Pro Tips to Adapt to the Attrition System

Hopefully, the studio has found the perfect balance when it comes to being too restrictive, and giving too much. We’ll know for sure once Battlefield V hits retail this November 20 on the PS4, Xbox One, and PC.

In other Battlefield V news, check out the list of weapons available to players at launch (here are the grenades list). Don’t forget that more guns will be added via progression and Tides of War according to DICE.

Call of Duty: Black Ops 4 Install Size on PS4 at 100GB According to Back Cover, New Blackout Trailer Released

Report: PS Plus Free Games November 2018 to Be Bulletstorm and Yakuza Kiwami