For those fortunate enough to be a part of it, the Battlefield V closed alpha is set to start tomorrow once more! Now, if you were part of the first wave, then rejoice! The second Battlefield V alpha emails are being sent out as we speak!

Over on Reddit, multiple users have posted that email invites are being sent out, which houses a key that PC players can then use to download and gain access to the BFV closed alpha client. Check out the email below. 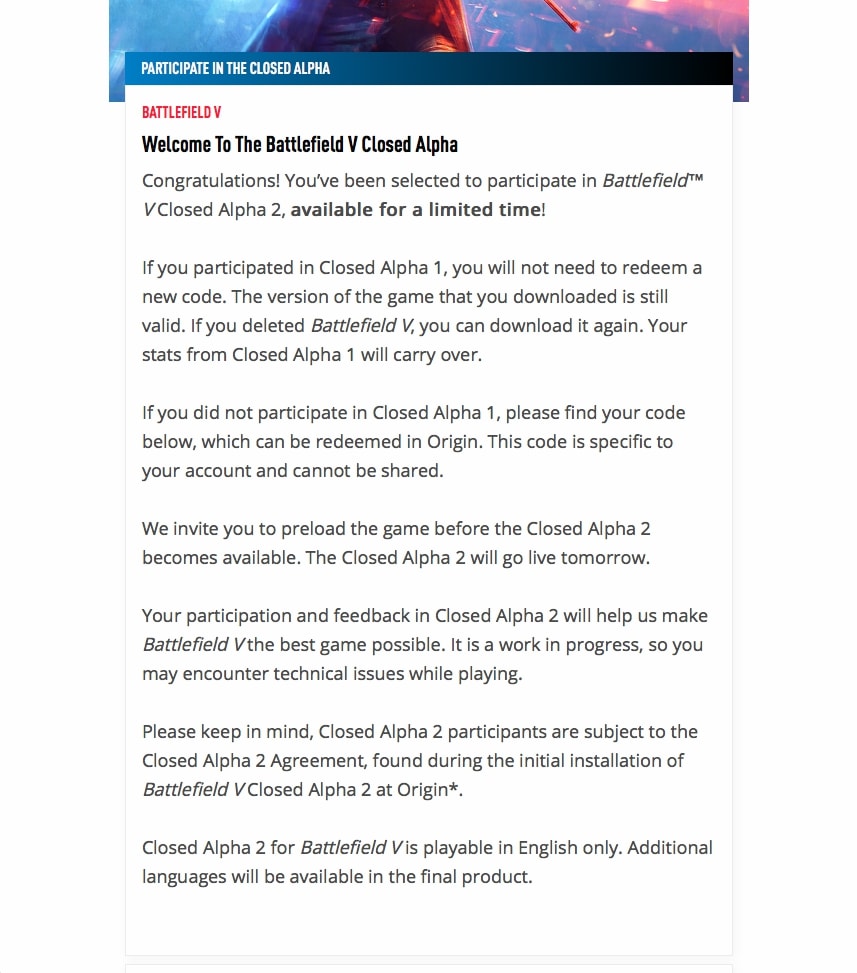 One user states that people should check their emails since EA has been issuing new keys even to past participants. Hey, it’s worth a shot, right?

Console players or those who don’t have access to the closed alpha, don’t fret! An open beta will take place sometime in September!

Battlefield V will be released this October 21 for the PS4, Xbox One and PC.