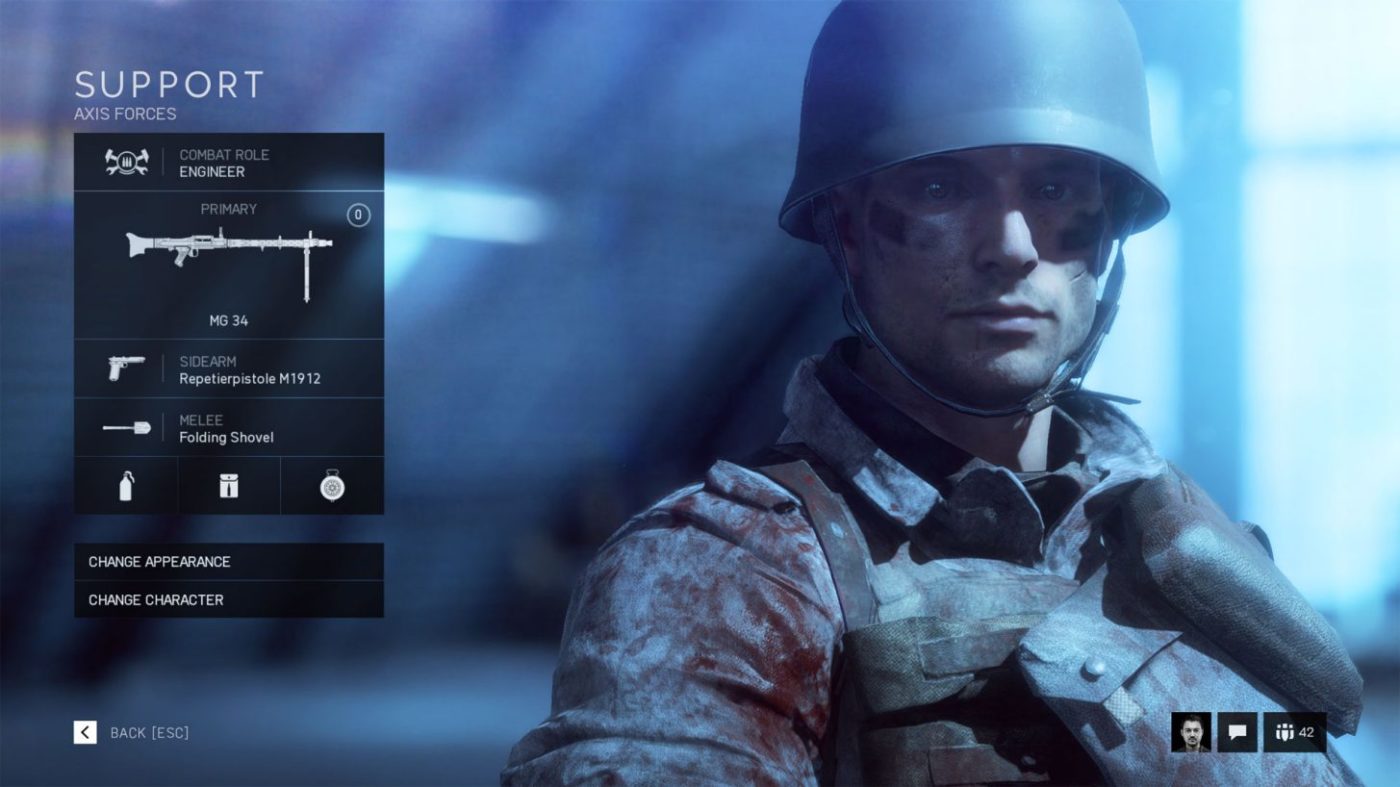 In Battlefield V, the Support class isn’t just the ammo resupplier, but you’ll also affect the battle via Fortifications, and building machine gun emplacements. Check out the starting gadgets, weapons, and even tips on how the Support class can be effective (via EA).

The Support is equipped with tools for enemy suppression and a storm of heavy fire. Your Ammo Pouches supply your squad and balance against the new Attrition System. Your Anti-Tank Mine adds an extra touch to help defend fortified positions. 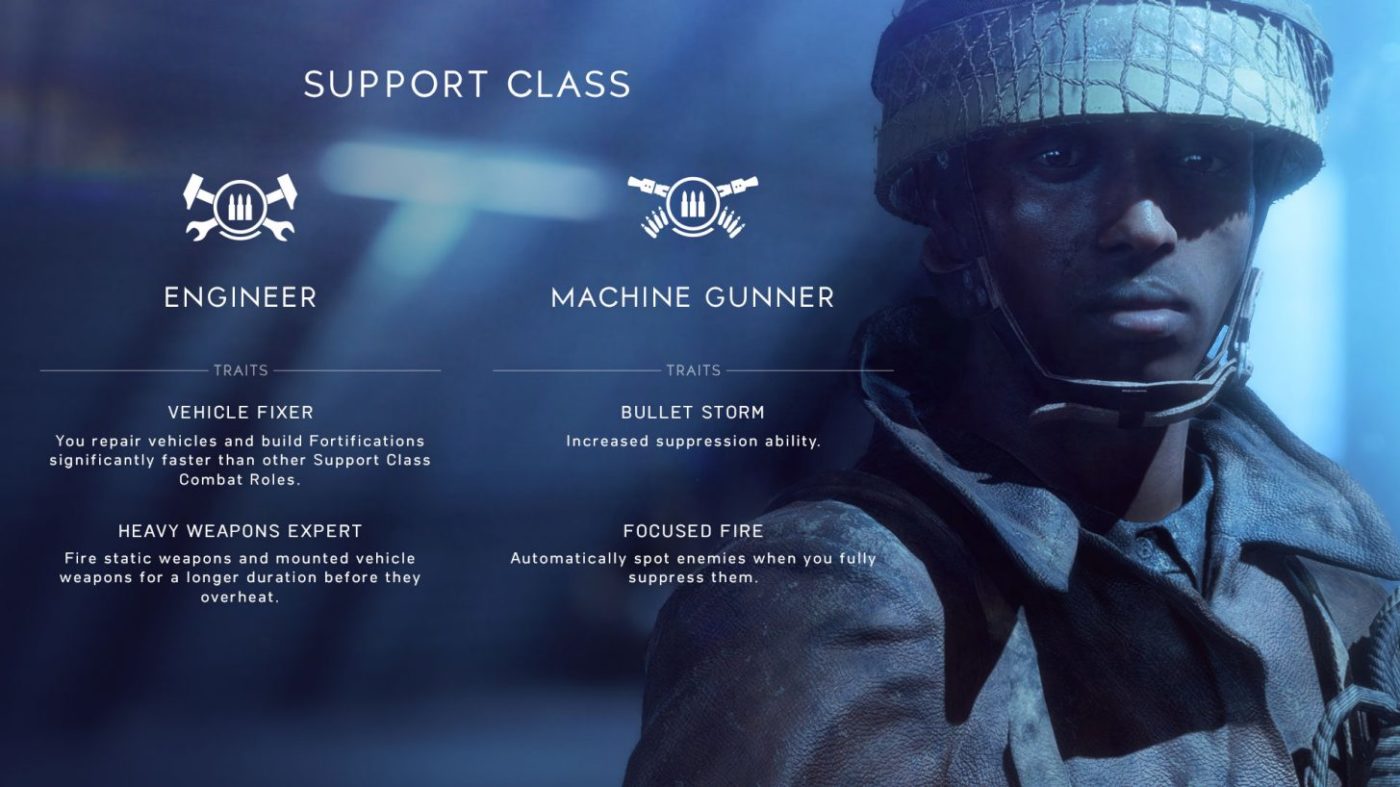 The Engineer Combat Role is the base for the Support Class. Soldiers look to you to lock down a location in a hurry, since you can build Fortifications faster than any other Class or Combat Role.

You’ve operated oversized weapons since they day you enlisted and can fire from the top and port guns for a longer period before they need to cool down. So, hop into your friend’s tank to man the gunner positions with unparalleled skill in the Engineer Combat Role. Then jump out to repair the vehicle at maximum speed when needed to stay in the fight.

With this Support Class Combat Role, you remain focused amid the wreckage your bullet showers create and can automatically spot enemies that you suppress for your squad to pick off. You’ve tamed those unruly Light or Medium Machine Guns and can suppress hordes of foes more effectively.

Tips for the Support Class:

So, try this! Bring out your Building Tool to see where you can construct Fortifications. Keep a look out for the powerful stationary machine guns that only Support Class Combat Roles can build. A squad of Engineers can quickly build massive defensive structures to make it hard for attackers to push a point.

The second Support Class Combat Role, the Machine Gunner, is more about the handling of powerful LMGs and MMGs but still able to supply friends with vital ammo pouches.

A good option when playing the Machine Gunner is to go prone with your LMG or MMG and deploy its bipod for increased accuracy. Then spray bullets in the direction of groups of enemies for a great chance at suppressing and spotting them.