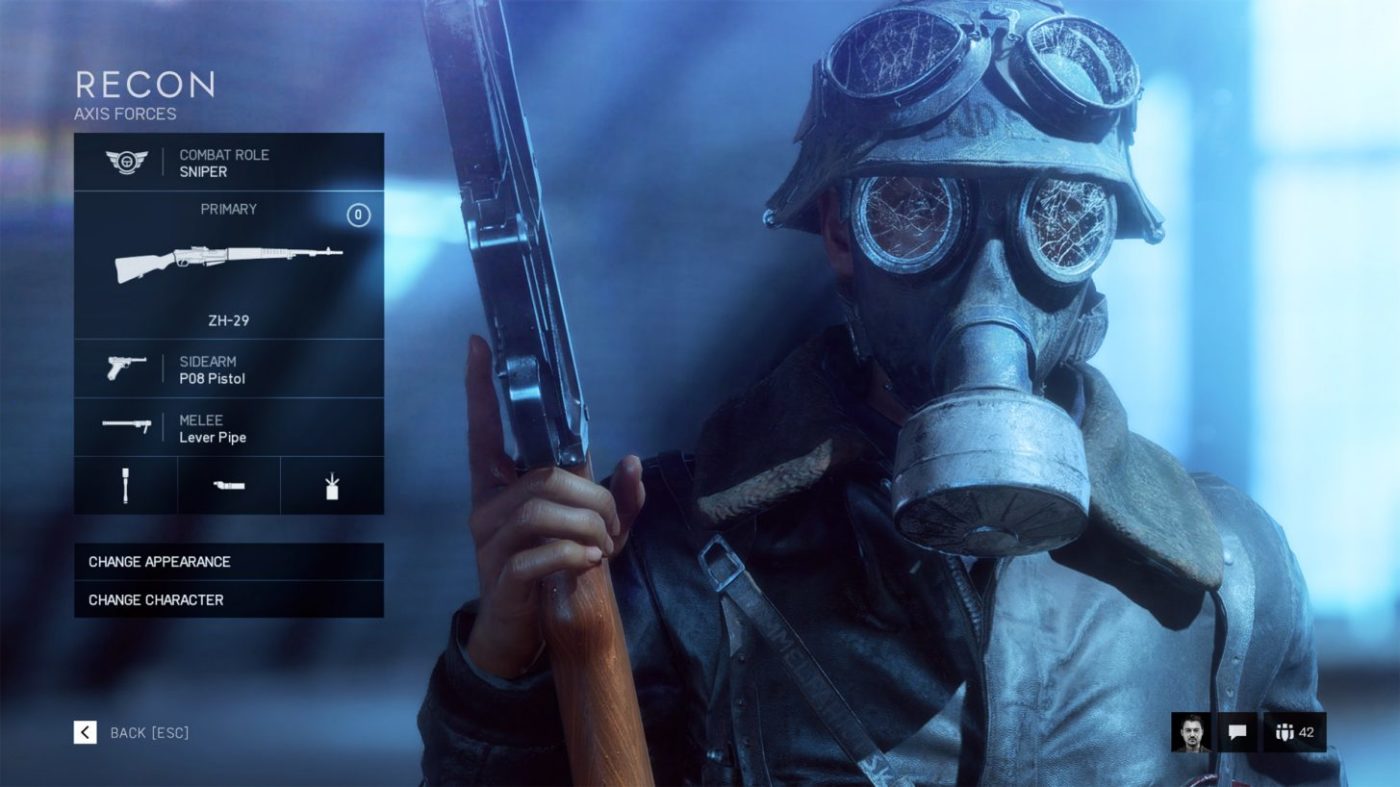 While it’s called the “Recon” class which is short for reconnaissance, Battlefield players will simply know it as the sniper class. If you like fighting at a distance, and nailing headshots from far away, then the Recon class is for you — just don’t forget to spot enemies in the process, alright? Here’s the starting gadgets and Combat Roles of the Recon class (via EA).

Recon has access to a slew of rifles that rely on accurate, single shot firing. Their ability to steady their aim makes the most of these weapons, but Recon can also be more than effective at medium range, with some training. You don’t have to be the best shot in your squad to contribute, however, as your Gadgets are designed to spot enemies and defend choke points. 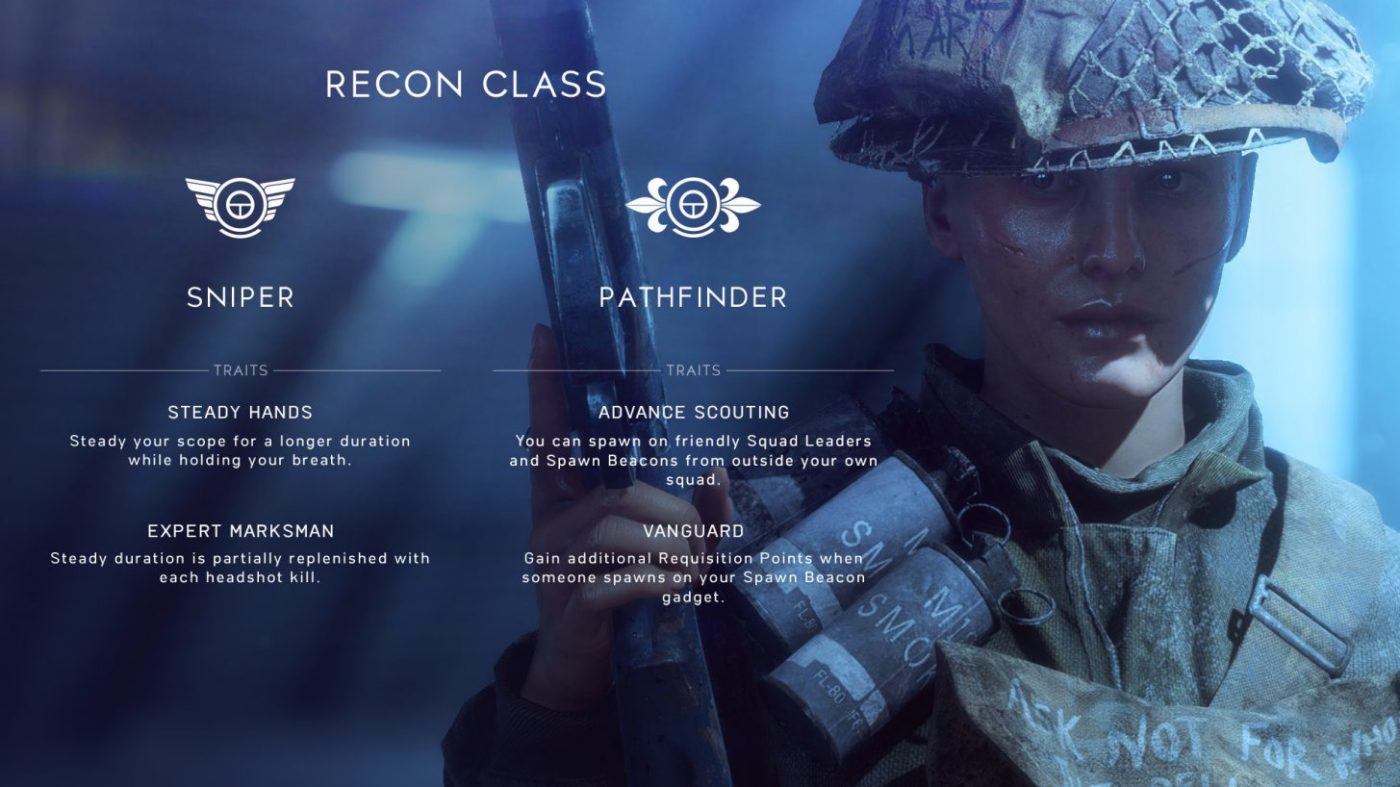 The Sniper Combat Role goes to the ghost who haunts in the distance, the myth who lives in the hills, the soldier who was never there. The ice water in your veins allows you to hold your breath to steady your rifle for an extended period, making it easier to dispatch enemies in streaks. Land a headshot, and you’ll slightly extend the duration of your steadying breath.
Sniper Traits

Where the Sniper leads from afar, the Pathfinder Combat Role leads from the front, and behind enemy lines. When a battle shifts locations, you ensure that your squad is not far behind. You have the ability to spawn on any Squad Leader on your team, scout the situation, and then deploy a Spawn Beacon, so that your squad can follow the latest point of conflict.

The Spawn Beacon can also be used to bring your squad to an uncontrolled objective for a quick capture or, if sneaky enough, deploy behind enemy lines to take it from within.

Tips for the Recon Class:

Recon is typically the Class for players who prefer to engage at medium to long range with Bolt Action Rifles or Self-Loading Rifles. In Battlefield V, the two Combat Roles within this Class have different strengths tailored to different playstyles.

When playing as the Sniper Combat Role, find the perfect sniping spot at long range and hold your breath to steady your scope. Try to string headshot kills together to keep your steady duration replenished.

Pathfinders should look for the latest hotspot on the map, spawn on another squad’s Squad Leader or Spawn Beacon near that location, then use a Spawn Beacon gadget to open the area to your squad mates so they can quickly transport across the map and join you.