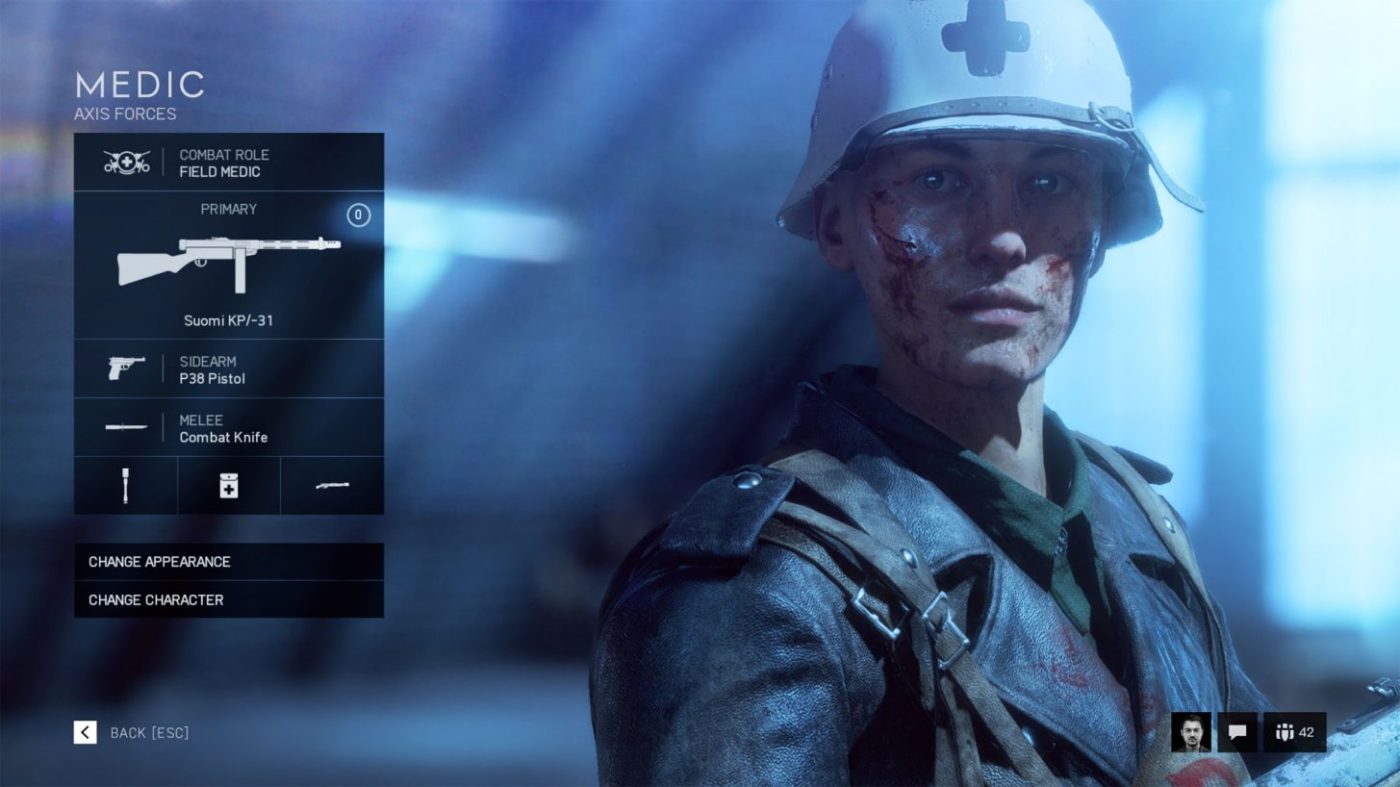 Just yesterday, DICE announced the info roadmap for Battlefield V before it launches later this November. As it turns out, the game’s classes and combat roles are being detailed today!

If you like being in the frontlines and being able to revive your teammates, then check out the official details of the Battlefield V Medic class and what combat roles players can familiarize themselves with (via EA).

You need to be up close to heal and revive, so the easy-to-control, close-quarter SMG is the best choice when you can’t afford the distance of a sniper rifle or lots of time behind a machine gun. Create cover and obscure the enemy’s vision with the Smoke Grenade Launcher and use the opportunity to revive multiple downed friendlies. 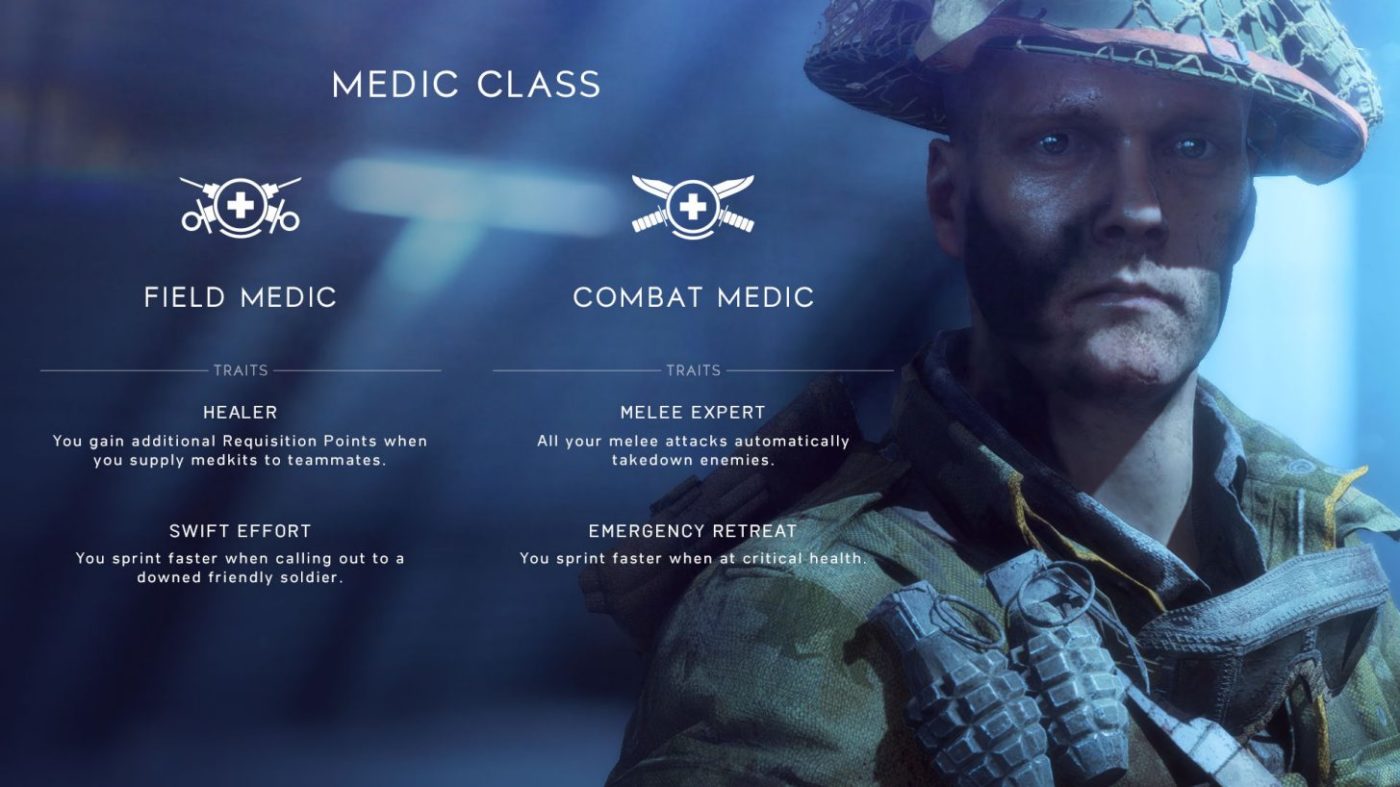 The Field Medic Combat Role is the squad’s best friend when a fight takes a turn for the worse. You see the bigger picture and know that supplying Medical Pouches to those in need yields additional Requisition Points, which in turn means that your squad will be able to call in more Reinforcements at a quicker pace. Still, you have intense focus and will sprint faster toward downed friendlies that you spot.

The Combat Medic Combat Role walks the fine line of altruistic and reckless, sprinting faster to and from gunfire when in low health, ready to dispense health and revive while still knocking down foes with a melee weapon.

Finally, DICE has even laid out a few gameplay tips for those who are thinking of playing as a medic in Battlefield V!

Tips for the Medic Class:

Whether you play the Field Medic or Combat Medic, making sure to supply your teammates with Medical Pouches when possible will always help your overall effort. Equipping the Medical Crate as an optional gadget, which you can earn through progression, lets you place healing supplies in set tactical locations instead of requiring you to stay within throwing distance of friends.

Experiment with each Combat Role when you unlock the Medical Crate and see what fits your playstyle and the current situation best.

Field Medics, be sure you try this: use the Spot button to ping your downed friends, which will trigger a temporary burst of sprint speed. This can help reach your friends in time and make you a harder target for pesky enemies. Calling out to downed friends like this will also ping them in the UI to make them aware of your intentions to revive.

Combat Medics, remember to deploy smoke near fallen friends, then engage any enemies nearby with your SMG and your lethal melee attacks. Once the area is clear, use your Medic skills to revive your friends.

For more details regarding Battlefield V, check out the BFV Dev Talks info summary we posted the other day where it talks about Attrition, enemy visibility and more.

The Last of Us Outbreak Day Sale Now Live! Here’s What’s Being Offered