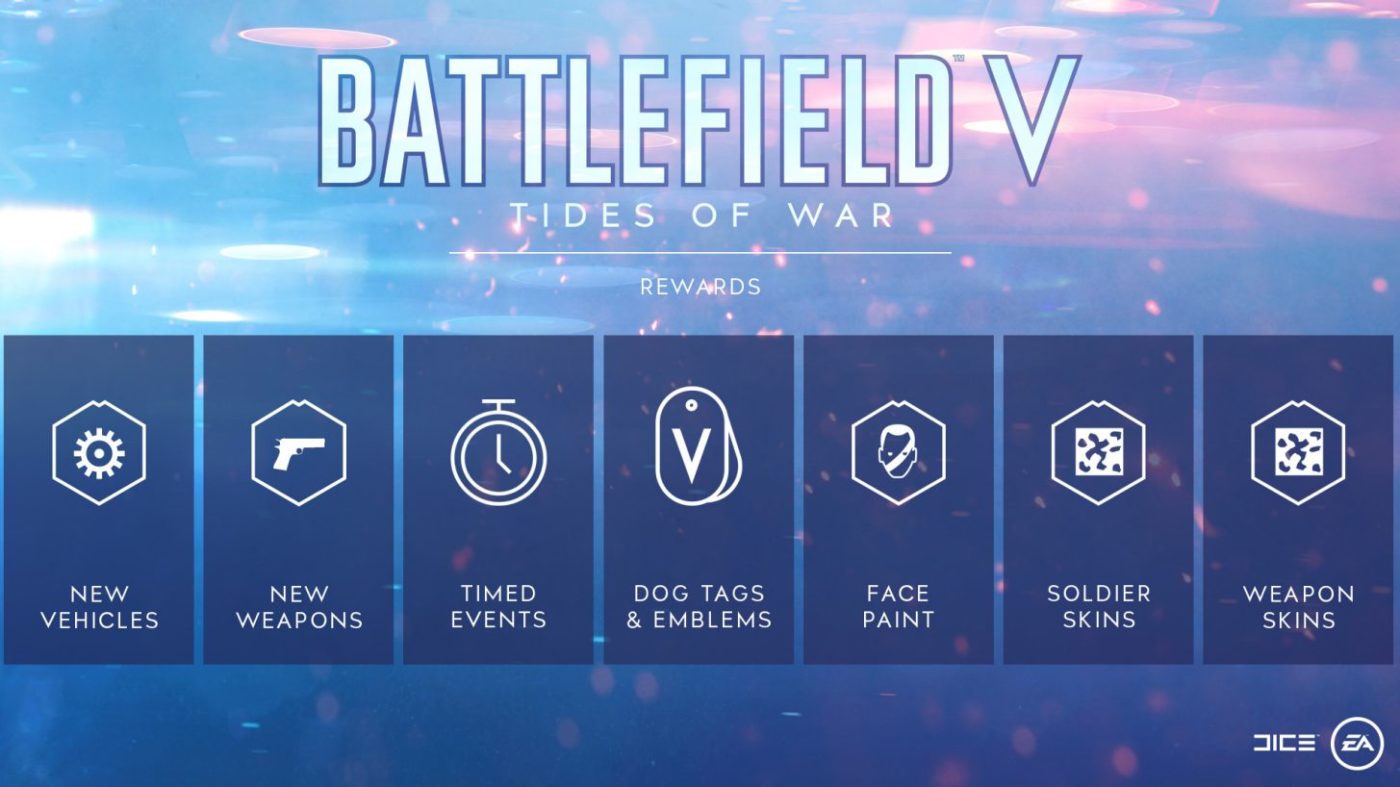 With Battlefield V joining the list of games-as-a-service (GaaS) business model, DICE needs something to keep players from dropping the game once a new one comes around; enter Tides of War.

What’s Tides of War? According to DICE, “Tides of War will be an evolving journey featuring a new narrative every few months. Each chapter of Tides of War will focus on a particular aspect of the era, with unique gameplay experiences to drive players forward. We will use content, soldiers, visuals, and narrative to immerse our players deeper into the gameplay.” In short, it’ll be in-game events planned around the game, which will change every few months.

While we already know that, DICE has been rather coy on the specifics. Well, as it turns out, that’s about to change next week! Over on Twitter, Global Community Manager Dan Mitre confirmed that DICE will “dig into” Tides of War next week!

Yes, next week we’ll start to dig into Tides of War.

Given how DICE has focused on one particular aspect of Battlefield V each week, it might be time for Tides of War info to start raining down on fans everywhere.

What do you hope to see from the Tides of War reveal next week? Would a proper roadmap suffice?

Red Dead Redemption 2 Will Come in 2 Discs Confirmed, Here’s What They Look Like