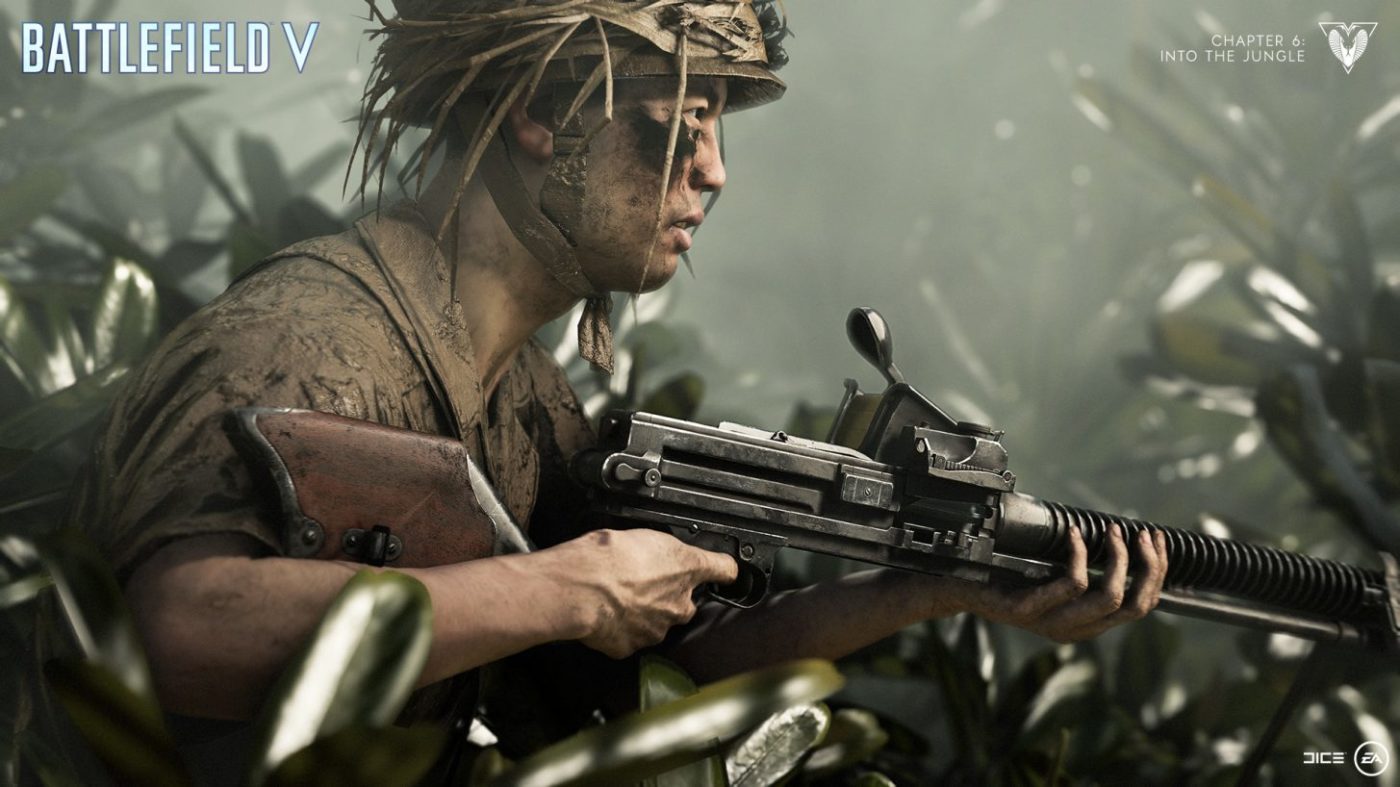 With today’s big Battlefield V 6.0 patch that ushered in Chapter 6 of Tides of War, DICE not only brought in a slew of gameplay fixes and tech tweaks, but it also accidentally made the Battlefield V Chapter 6 weapons available already!

For those familiar with the game, each chapter’s slew of new weapons and such are usually spread out every few weeks as part of the game’s weekly assignments or as Chapter Rank rewards. For some reason, the Chapter Rank rewards (two new guns which we talked about here) the M2 Carbine and Model 37 Shotgun are already available.

DICE has acknowledged this misstep and instead of pulling it back, the studio has decided to give it to ALL players as default weapons! You should see these new guns in your loadout screens as we speak. However, this means that some of the Chapter 6 rewards need to be replaced (Rank 10, Rank 24), and DICE says that they’ll have more info on what will replace these by tomorrow.

In other related Chapter 6 news, the new map — Solomon Islands — is now live, and has its own playlist! Players will be able to partake in Conquest and Breakthrough for this new map!

New Weapons and Gadgets will debut from Thursday with the start of Chapter 6 – Enjoy! pic.twitter.com/L5fxHHBfTr

Enjoy the new map and the Battlefield V Chapter 6 weapons, Battlefield players! If you’re looking for tank customization to make its way into the game, DICE is planning that for the next patch, which also includes a tweak on the time-to-kill (TTK).