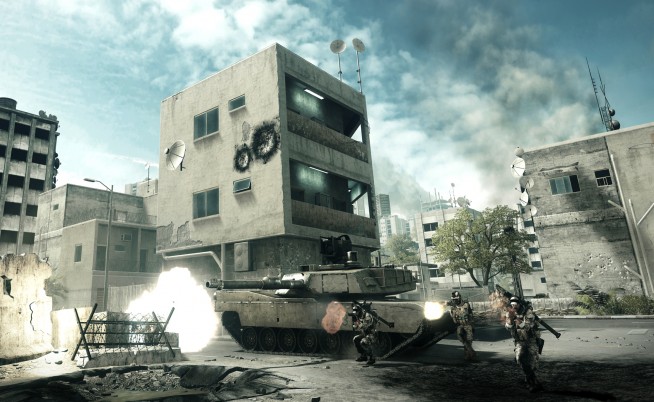 Members of DICE speak of the possibility of Comrose making it to consoles, issues with the G3A3, and more on PC VOIP.

First, Community Manager, Daniel Matros, clears up some matters regarding in-game VOIP on PC. It’s been mentioned before but he once again reassures us that DICE is taking it into account. To clarify, Matros revealed that “there are no technical or business related issues stopping us from implementing in-game VOIP on PC. We are not promising anything, but it is something we are investigating at the moment.” What exactly is stopping them is still unclear, but we hope to hear further details in the future.

Senior Gameplay Designer, Alan Kertz talks about weapons in his recent dialogue with Battlefield fans. Some fans have noticed that the G3A3’s rifle scope is misaligned and will not shoot directly where the crosshairs meet. However, he mentions that he’s “now fixed it. It seems our zero got reset a few times.” A few days ago, he talke about giving the bolt-action rifles the ability to one-hit-kill an enemy in the chest at close range. If you haven’t checked out the second part of his future updates for Battlefield 3, make sure to give that a read.

In cased you missed it, we reported earlier that the PC version of Battlefield 3 will be getting a brand new version of the comrose. In fact, Tomas Danko, VO Producer at DICE, dubs it the “Comrose 2.0.” He was recently asked if the comrose would ever make its way to consoles. He replied, “it’s a matter of finding an unused button on the controller…” If this can be figured out, it may very well be likely that the comrose will make its way to consoles. When it comes to commands, some players have been noticing that their commands go unheard if they are too far away from teammates when asking for ammo or health. Thankfully, Danko mentioned that “a future update will relay it over radio if you’re farther away, so you should hear it hopefully.” Lastly, for those confused with what type of audio setting should be used while wearing a 5.1 headset, Danko clarified that players should use “Headphone for stereo cans, HiFi for 5.1 headphones. Not Wartapes,” which has sometimes been the misconception.