In case you haven’t been keeping tabs on Call of Duty: Modern Warfare news, the game will be the the first game in the franchise to not only offer crossplay, but it”ll offer cross-progression, too! Now, if you’re wondering how the Modern Warfare pre-order bonuses will work, say you bought the game on PS4, and wondering whether your pre-order bonuses will carryover to PC and such, wonder no more! Activision has confirmed it will.

Over on the Reddit. user lupiloopdiloop posted a chat he had with Activision support, which confirmed that Modern Warfare bonuses will crossover as long as you got it for one platform. 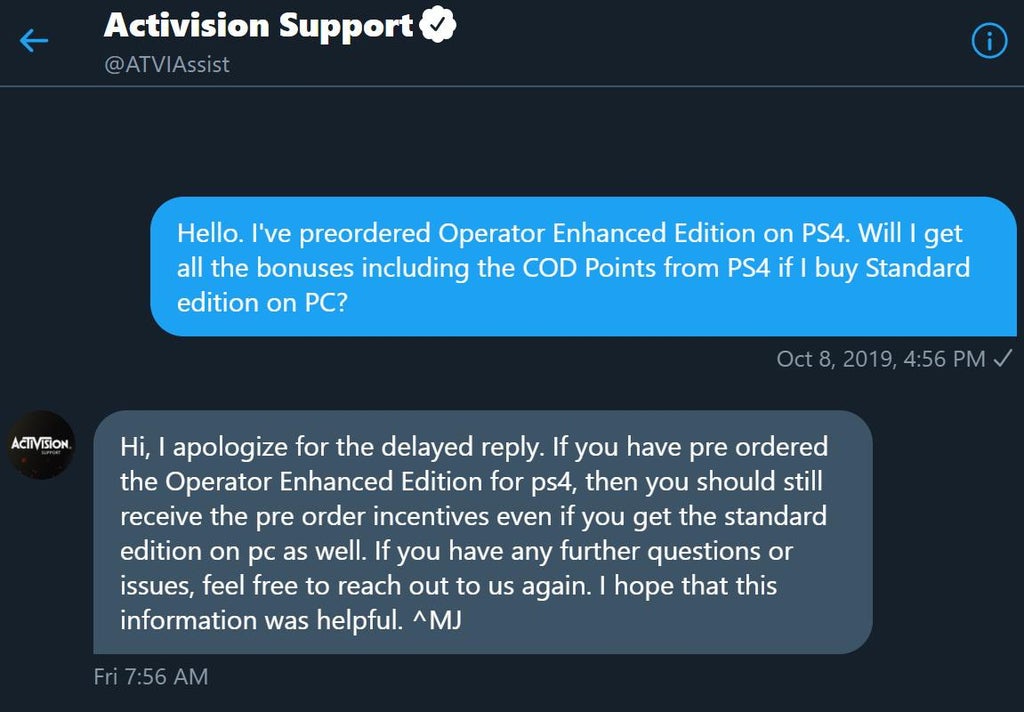 In other Modern Warfare news today, in case you didn’t know, Modern Warfare’s Spec Ops mode will have a Survival portion that will be exclusive to the PS4 for one year, which isn’t ideal for most. For those getting the game on PS4, this exclusive part of Spec Ops will need to be a separate download! Here’s an image confirming it via Pourkinator: 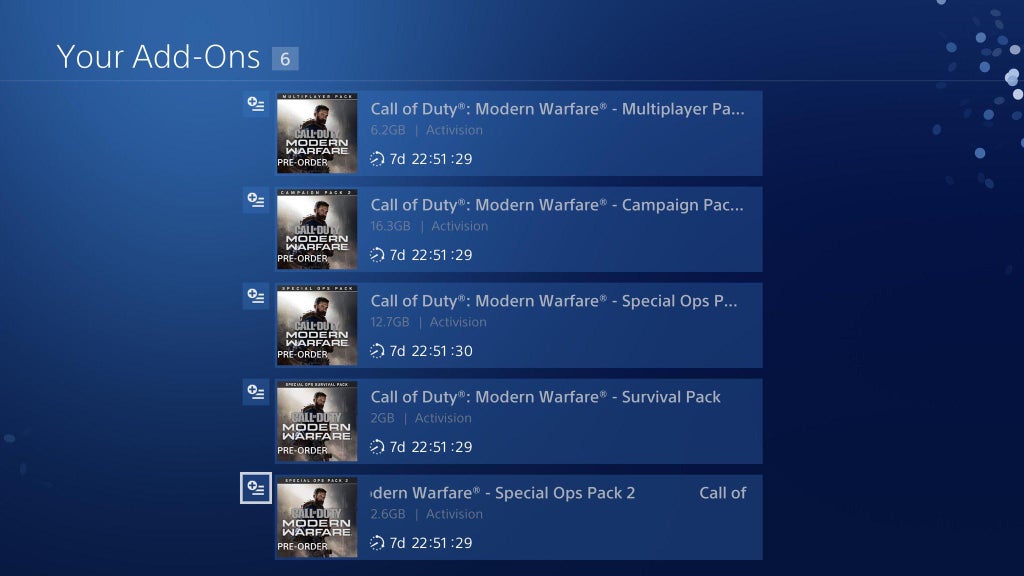 Mind, it does make sense since it is exclusive to the PS4.

In case you didn’t see it, don’t forget to check out Infinity Ward’s confirmation that we won’t see loot boxes, but rather, the game will employ a Battle Pass, which you can read about in detail here.