If you’re someone who “platinums” games on the PS4, you might have noticed how Sony has tied certain digital rewards to them. Stuff like PS4 themes and avatars would be given to those who platinum a certain game, with Sony alerting the gamer via email. It seems Sony is bringing this up a notch on the PS5, as it looks like certain PS5 Trophies will grant the gamer digital items!

On the PlayStation UI (User Interface) video blowout, we can see that two digital items are part of the rewards for unlocking certain Trophies for Destruction All-Stars! 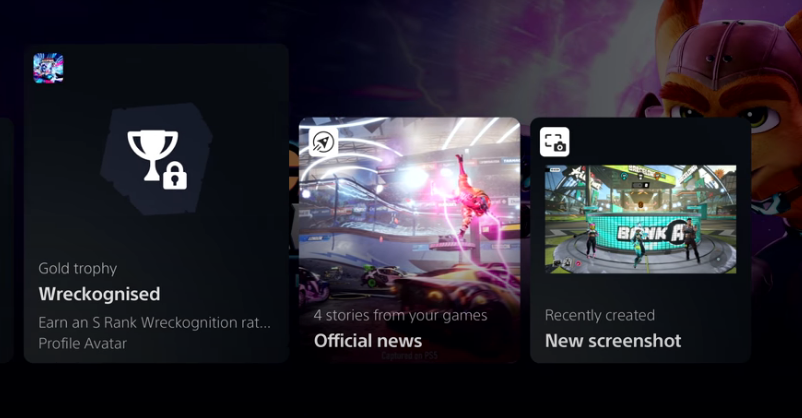 As you can see, earning all the star objectives for the Bronze Trophy called the “Rookie” will reward the player with a profile banner, while completing the Gold Trophy “Wreckognized” will grant the player a profile avatar. Big difference to how it was on the PS4, it seems Sony will be granting these Trophy-specific digital rewards even without a Platinum, and it’s even mentioned in the Trophy itself!

Of course, we don’t know if this will be the case for every game, since we suspect this will be a on a case by case basis. That said, it’s definitely welcome news to see that players will earn more digital items for completing game objectives.