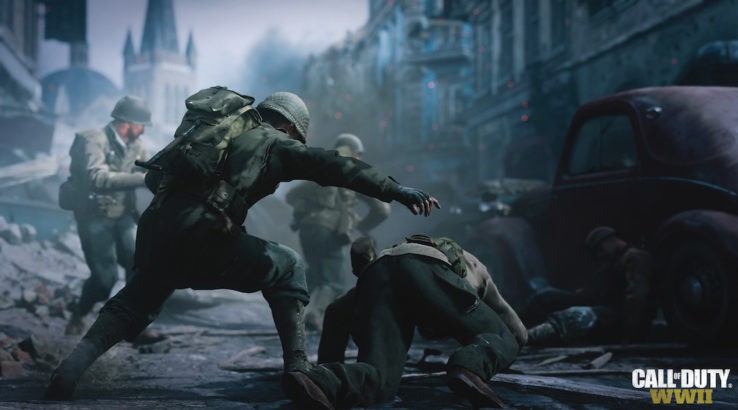 With Call of Duty: WWII getting more leaks than a beat-down old roof, some might have assumed that the Attack Dogs scorestreak will make the cut. Well, that won’t be happening at all according to Sledgehammer Games boss Michael Condrey.

Over on Twitter, Condrey confirmed this to a fan, and said that there’s “lots of misinformation out there.”

No Attack Dogs. Lots of misinformation out there. Don’t let someone spoil the surprise for you, pls don’t spoil it for others.

The Attack Dogs scorestreak not being a part of the game isn’t really surprising given we have the Paratroopers scorestreak which acts pretty much the same way. If you want to see how it looks like, check our video about it. You can check out the full list of leaked scorestreaks right here, but remember, they might not be 100 percent accurate.

Regarding misinformation, Sledgehammer Games has issued a statement and said that some of the beta mined files are inaccurate. While it’s up to you to decide whether you believe the leaks or not, here’s something we’re sure isn’t a leak: a free COD: WWII Calling Card that you can unlock by following a few steps!