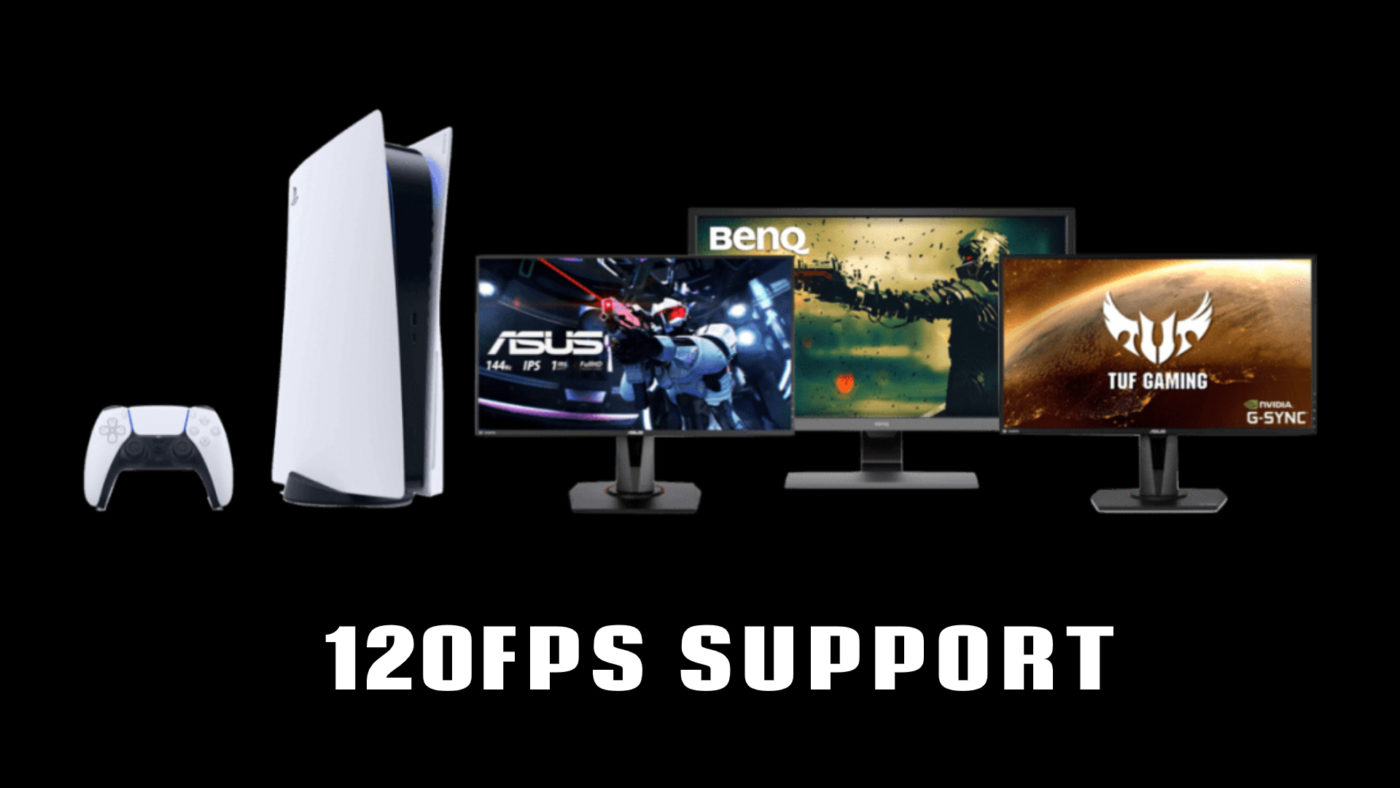 In the market for a new gaming monitor that supports 120fps (frames-per-second) and works on the latest next-gen console, the PS5? Wel,l this piece of helpful info for compatible PS5 monitors might be what you’re looking for, as it compiles a list of currently supported monitors for Sony’s next-gen console.

Reddit user MarkG33 has collaborated a list of currently confirmed monitors that support 120FPS/HZ mode in supported games. Down below you’ll find the current full list (will be updated over time) of supported monitors. As a PSA, for those wondering the monitor DOES NOT need HDMI 2.1 support to be able to run titles at 120FPS. If your monitor does not have 2.1 HDMI support but can output 120fps and up, then the system should still be able to accept performance mode, though only at 1080P. You may also have to turn off freesync or adaptive sync via monitor settings. If you want to run games at native/dynamic 4K with 120fps enabled, then you will need to have a monitor with 2.1 HDMI support.

Also, if you are someone who is looking at this list because you own a Xbox Series X or S, these monitors should work with the console though require verification. Since the system has an option for force 120fps over HDMI, most monitors should work regardless. The PS5 in it’s current state seems to be having some compatibility issues with certain monitors.

Current list of confirmed monitors that support 120fps on PS5.

Useful link: MSI has published a guide on how to enable 120FPS on both PS5 and Xbox Series X on their supported FHD monitors that you can read here: MSI 120fps PS5 monitor support

This list will be updated overtime as more monitors are tested.

This is all the current known monitors from the thread as of today, December 9, 2020. We will continue to monitor and add to the list as more are tested.