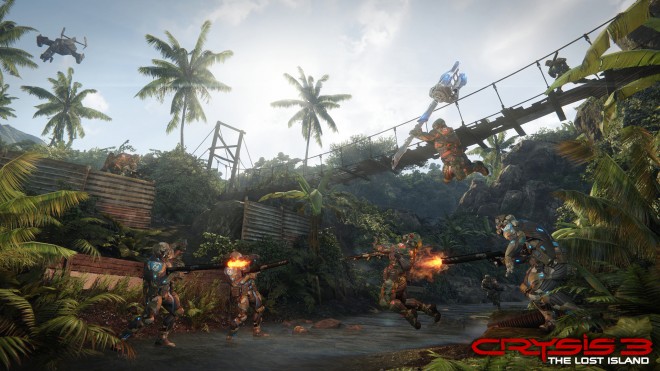 Crysis 3 fans can look forward to more action in the tropical setting of the Lingshan Islands later today as Crytek is launching Crysis 3’s first set of DLC, The Lost Island.

Check out some of the new modes and their descriptions below:

Frenzy adds a new dimension to deathmatch, with a weapon loadout that cycles every 60 seconds keeping tension high as players can only respawn during the next loadout change. An intensifying radar sweep keeps track of every move. Only the most skillful Hunter will win.

In Possession, players secure the single objective flag for the longest time in order to win, but once the flag is secured they become the hunted, permanently tagged in the enemies HUD. Possession also boasts a team based variant, where co-ordination and teamwork will ensure victory.

Crysis 3: The Lost Island DLC will be available on the Xbox 360 and PC soon, tomorrow on the PlayStation 3. We’ll update with links to the DLC once it’s available.